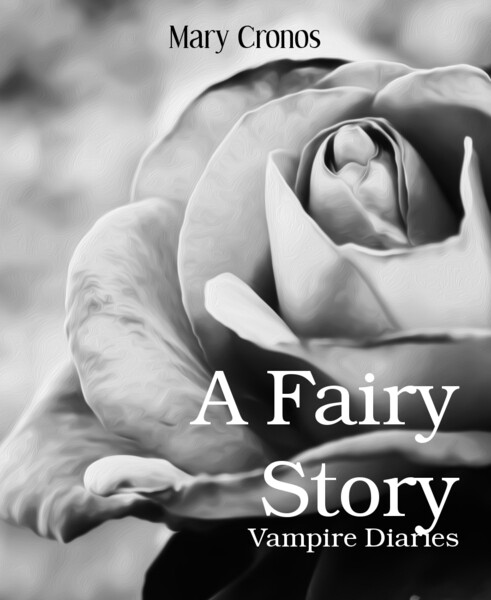 Once upon a time there was a beautiful and innocent princess who lived in a big and mystic castle called Mystic Falls. Everybody surrounding her was really kind and polite and day after day she kept smiling – smiling back at them. No one could imagine what her inner feelings were about. She had lost so much – too much for a single young girl to take. The mighty and wise King John had died some years ago and now her beloved mother had passed away too. Only Sir Jeremy, her brother and the strong prince of their little kingdom, still stood next to her and held her hand every day. But not even he was able to fill the big hole within her heart. No one would ever fill the place her parents left behind.

The prince was so desperate and afraid of losing his sister and only family left now. He saw how she had changed and was wondering what he could do to help her, to heal her. He was asking other people, he was consulting the doctor, he was screaming and shouting, and by night – when no one was able to see him – he was also silently crying. What the hell could help her to accept the big hole in her and live with it? What could help her to survive and grow?

While these days two different brothers showed up in Mystic Falls. The younger one – an impressive and shining knight – entered the castle through the big wooden entrance door that guided him into the inner bailey. Stefan – that was the name his parents had chosen for him – was shouting for a servant to take care of his horse and stepped into the big arrival hall. He had heard of this beautiful princess who was in terrible pain now and wanted to help her. His past was dark but his present was filled with good deeds and his wishes for that young lady were pure and innocent. The older one – not less impressive than his little brother but definitely more the dark and dangerous thief type than the shiny and glorious knight one – was searching for the rear entrance. He didn’t want to be pure and innocent. He didn’t want to fight to gain acceptance and he didn’t want to do things according to expectations.

When his ‹knighty-brother› was shouting for a servant, Damon was already entering the 3rd floor of the castle. He knew that the beautiful princess would be taking a rest in her private rooms at this time – it was shortly after noon and it seemed like his dark cloak was the only shadow in the whole castle. Without a noise he traversed her room and there she was: Elena. She lay on her gigantic canopy bed ahead of him. Her golden-brown hair ran along her pale face and across her tender shoulders. Her skin and even every single one of her eyelashes were reflecting the sun. The whole room was filled with light and warmth. Carefully he strode across the princess’ room and stopped in front of her bed. His eyes focused on her red well-formed lips. What would it cost to steal a kiss from that sleeping beauty? he thought by himself.

He tried to imagine her surprised, maybe shocked but definitely blushing face, if she would wake up with his lips on hers. A little smirk appeared on his venturous lips. No, he wouldn’t wake her up. He would not interrupt her peaceful sleep. Instead of that he sat down in an old wheelchair and kept an eye on her.

Meanwhile Stefan met Prince Jeremy and they had a long talk together. They discussed a lot of different ways to help Elena but none of them were good enough to even convince one of them.

«Is there really no chance to make her smile and laugh again?», Stefan mumbled with a deep sigh. «There has to be a way… a cure. No one can be desolate forever!»

Stefan knew very well what he was talking about. He knew very well the feeling of losing a loved one. After all, he only had his brother left. His brother… they didn’t meet for a long time but he always felt close to him. Damon. He was the black sheep within the flock or better: He was the wolf in sheep's clothing among a lot of innocent sheep.

Only a few stairs above Damon was listening to Princess Elena’s mumbling. After some minutes he felt kind of sleepy too. A few seconds later and Damon would not have been able to listen to those little quiet words that made him wide awake immediately: «No… no… please don’t leave me!», she was begging and her voice sounded so painful. It had been a while since he heard so much pain in another human’s voice.

«Hey, hey, hey, sweet Princess. Don’t be afraid. You are not alone. You will never be.»

He didn’t plan to wake her up, but things had changed and his plans too. Tenderly he caressed her hair and whispered «It’s only a dream. Wake up and you will notice that you are not alone.» and instead of kissing her lips, he only touched her cheek softly. The effect on the other side was similar. For some seconds the Princess stared at his blue eyes in confusion and blinked several times. She wasn’t able to lower her gaze for it felt like ages. Her cheeks were blushing like never before and her heart was beating like crazy. But then reality came back and she started screaming – realizing that an unknown man was standing next to her bed.

«Sweet Princess, there is absolutely no reason to scream! Please calm down and re…» Damon tried to soothe her but he was interrupted by a knight and a prince who opened the door with a lot of roar.

Thankfully that stopped the princess from screaming. After a moment of confusion – again – the knight started to scream instead of her: «You are really like a wolf in sheep’s clothing! What the HELL are you doing here, brother?!»

«Me? A wolf in sheep’s clothing? Did I hide? Did I masquerade as someone else?», he replied with an annoyed voice and pointed considerably at his black clothes.

Before Stefan or Prince Jeremy or even Princess Elena was able to answer, Damon muttered «Just let me get what I am here for…» and bowed down a bit to the princess again. «I planned to steal a kiss from you, my little beauty.» A second after this warning he kissed the surprised young lady and again all needed a moment to react. The first was Elena who slapped Damon as hard as she could. The second was Stefan who wanted to stop his brother. But he was stopped by Prince Jeremy who was staring at his sister. He must have noticed her blushing face, her confusion, her bashfulness and finally her anger. Was THAT was she needed? A few seconds with a mannerless and rough thief? … And he had been searching for a pure and innocent knight for months.

Damon went to the window and opened it. For a moment he just enjoyed the cold air on his face and thought about his plan. He came to steal the girl but in the end he took her pain away. Don’t meet expectations. That’s the rule. «You know what? Sometimes bad guys are the better good guys, little brother. Sometimes, a thief can steal a broken heart that a knight could never repair. Keep that in your mind.»

With those words the dark savior and thief dove through the window, outside the room, and into the moat – the noise of splashing water testifying for the craziness of this action just before Stefan was close enough to stop him.

How long had Prince Jeremy been trying to find a way to make his sister feel again? How many plans Stefan had discussed with him? But only a few seconds finally changed the princess. This may just have been the beginning but in fact the first step was the hardest to take.

I saved her for the moment. Now it’s your turn to heal her for the rest of her life…, Damon thought when he climbed up the moat. That sounds like a real heroic man. He was laughing silently and took a look back over his shoulder – back to his brother. If you mess it up, I will save her again. But I won’t leave again.

And if Damon didn’t change his plans again, Stefan and Elena might finally live happily ever after.

I didn't own any rights on The Vampire Diaries, its characters or original story. I only wrote this short fanfiction that uses the names and classic behaviours of the characters.