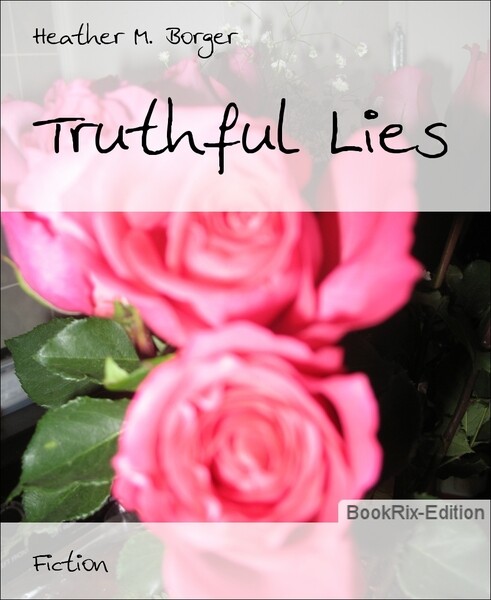 No part of this book may be reproduced or transmitted in any form or by any means without written permission of the author.

Scott slid a sweaty palm down the leg of his jeans. His heart was racing. Pausing in the hallway, he grinned and mentally reviewed what he was prepared to do tonight. He felt so lucky. After meeting Meghan and, then, persuading her to go out with him, the next few years were easy; he worked on a film crew and she faithfully followed him wherever he went. Tonight they had a special evening planned. Meghan had left a few hours ago to spend a little time with some friends she made while he was filming in Alaska. He told her he’d pick her up outside the hotel, but she wasn’t waiting outside yet, so he decided to go inside and get her. He didn’t want to wait all night to take the diamond out of his right pocket and place it on her left hand. He heard voices inside the room and didn’t want to interrupt, so he paused before knocking on the half-open door.

“So you’re really going to travel all the way across the country with him again?”

Although the first voice he heard was foreign, the sweet, familiar voice that answered made his swiftly beating heart stop.

“Well, of course. I’ve traveled everywhere he’s wanted me to go for the past four and a half years. Why stop now?”

“Because you have him eating out of the palm of your hand. If you told him you wanted to stay behind this time, you know he’d let you do whatever you want.”

Meghan sighed loudly, “What good would it do me to stay here?”

Scott inched closer to the door. His mind raced as he tried to determine if Meghan really wanted him to go on to the next filming location without her. He listened, afraid to breathe - as if they might hear him from inside.

The initial voice spoke up again, a much more exasperated tone this time, “For one, you’d finally be able to get around a little without having to sneak out of his place all the time. And, besides, unless you want to be with him forever, you have to break away sooner or later.”

Scott strained to hear Meghan’s response over the sound of the blood rushing through his head. What did she mean, ‘get around a little’? And, when did Meghan ever need to sneak out of his place? He was beginning to feel dizzy when he heard Meghan’s voice again.

She spoke confidently, “Are you kidding me? Break away? No way will I ever ‘break away.’ He’s an amazing cinematographer with a permanent spot on a major film crew. He's kind, loving, patient, and takes good care of me. Not to mention he's very easy on the eyes! And, in a few years he’ll be making six digits and I’ll be living in an LA mansion, flirting with celebrities, and sleeping my way through Hollywood.”

A chorus of giggles erupted from the room. Scott leaned against the wall for support and tried to digest what he had just heard. Could she really be staying with him only because she wanted to be rich and famous someday? He thought she loved him. Realizing he’d be caught if he stayed there, Scott turned to leave. He needed a place to think for a few minutes. Once he was back downstairs, he turned and walked all the way to the end of the hallway where he stopped to knock on a familiar door.

Ty’s friendly smile greeted him, “Hey, man, what’s up?” He patted Scott’s shoulder and was about to ask him if he was ready for his big night when he saw