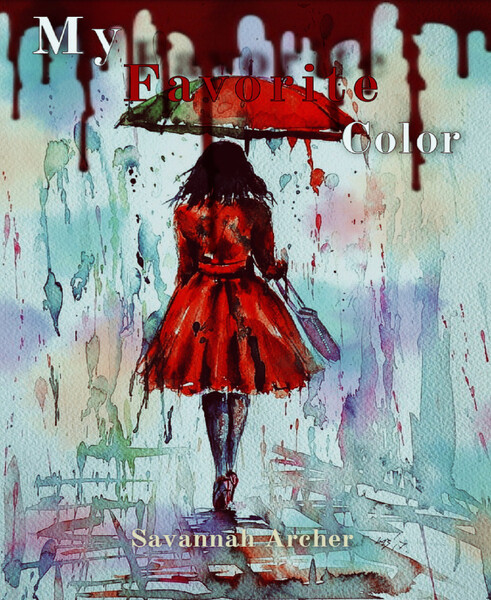 (adj.) used to denote something forbidden, dangerous, or urgent

It was hot. The heat of the naked sun was merciless that afternoon. Strangely, not a single cloud hovered within sight. People moped along the pavement, appearing unperturbed by this sweltering inconvenience. "It's such a beautiful day today," many individuals remarked to one another.

Rain. It had been quite a while since there was a teardrop from the sky. Oh, how she longed to feel one with the earth once more, for it was the only thing that provided her with an amenity.

Shoving aside her longing thoughts, she strolled up to her hometown's streets, stopping by a store to fetch a few fundamentals. She exited the market, two bags dangling from her wrists, and began to head back in the direction in which she came.

As she crossed the street, she caught sight of a bed of luscious roses abiding in the shadows rather than enjoying the sun's radiance. The small garden was damp, the mature petals dewy.

She stopped abruptly, her gaze narrowing at the blooms.

They were simply a fatal display of shrubs in her eyes, cast into the darkness to be forgotten. They couldn't be touched, only admired. What a pity.

She gave a start when she apprehended the fracturing of a stem. A man crouched over the flowerbed and yanked a rose from its stalk. Mudraya looked on in sheer fascination as the male offered the plucked flower to her from the shade. He had a kind smile lingering in his fair countenance, and the sun seemed to dazzle behind him with approval.

In the middle of her reverie, she noticed the beads of vermilion trickle down his clenched fist. "You're bleeding," she said in a slight panic. He glanced at the blood and laughed smoothly. "You are right, miss." Instead of attending to his wound, he retrieved a handkerchief from his coat pocket and wrapped it around the thorny stem with his clean hand, hiding his injured hand behind his back in the making. "I saw you were looking fixedly at these roses here," he explained, holding the bound floret out once more for her to take. "And I decided to pick the one for you that caught my eye."

"Thank you." She had not a clue how to respond appropriately to such generosity. He went so far as to obtain a rose without regard for his safety, only to grant it to her. Such an act of benevolence is quite admirable, she thought.

"I can carry those for you." She scanned the groceries in hand briefly and shook her head at his offer.

He smiled sympathetically and nodded. "If you insist."

"What is your name?"

"How rude of me. You may call me Drayton, or Dray for short." The corners of her lips rose at his polite introduction.

"Mudraya?" He repeated the single title, not out of confirmation, but out of fondness. "It suits a lovely lady, such as yourself. I don't believe it is mere coincidence that our names ring so close."

She nodded slowly, a bit intrigued yet uneased by the sudden connection he made. "Thank you. I don't mean to cut this short, but I appreciate the rose…" she trailed off, beginning to turn away from him before blurting out, "I must be off now, unfortunately."

"Of course, of course! Don't pay me any mind," he reassured. She bobbed her head and spun on her heel, about to take her first step when his words rang in the air. "Will you come back tomorrow," Dray asked hopefully. She peered over her shoulder, pausing a few moments to think about her response. Meeting his scrutiny finally, she said, "Yes. In the morning."

His attractive face brightened. "I will meet you here at eight o'clock sharp, then."

After settling with this agreement, she bid him farewell and departed in haste. Drayton focused on her retreating form with triumph ablaze in his amber eyes. A breeze wafted through his golden locks, and the daylight illuminated the small puddle of blood at his feet.

(adj.) describes inklings of deceit and lack of confidence

Dawn was exquisitely untouchable. The sun's revelation stained its atmosphere with hues of lilac, fuchsia, and gilt. Numerous stars were strewn across that hypnotizing canvas, further captivating the few who gazed upon it. The diminutive silhouettes of wakeful birds soared in flocks against their vibrant haven, their soothing warbles sending words of greeting to the inhabitants below.

Mudraya focused on the rowdy multitude until their forms were blurry dots in the far off distance. The show ended, and what was left of the stunning scenery slowly perished. Her eyes ambled to the ground; fatigue clouded her vision.

Glancing inattentively at her wristwatch, she read the time to be 8 a.m. There had been no signs of her date up to this point, yet she still had faith that he would come.

He's late, she reminded herself after several moments, tucking a strand of her brunette hair behind her naked ear absentmindedly.

When an hour came and went frivolously, her patience had thinned considerably. Her foot tapped against the ground, a provoking frown diminishing her once lit up features. She ceased her movements and looked around the area for the last time for Dray.

There were only the passing pedestrians going about their day.

Disappointed in herself for foolishly getting her hopes up, she started plodding in her house's direction. "What a waste of time,"