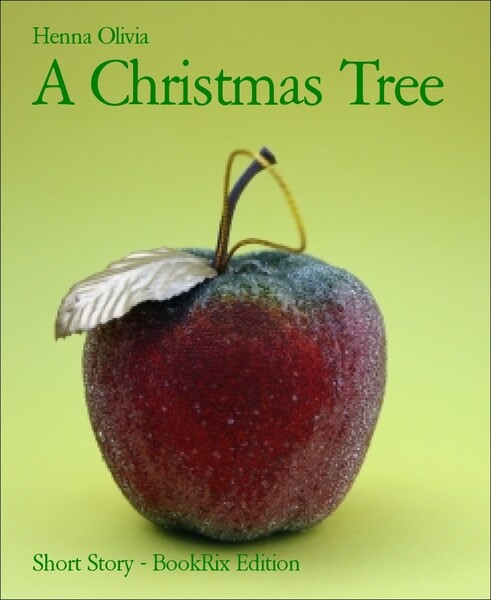 Dedicated to my depressing yet awesome friend who enjoys it when someone dies, you know who you are.

The people that were watching him muttered something to each other, and he caught a few words. “Filthy and wild.” He ignored them. Besides, it was true. Another group passed by him without saying a word, as if he was invisible. Well, the only thing he was good at was staying-for the most part-out of sight, which was probably why he still alive.

He didn’t care what they thought anyways. They were insignificant to him, worthless. What’s more, they were stupid. They complained on the slightest feeling of being hungry, on the slightest stain on their expensive clothes. Didn’t and wouldn’t realize how lucky they were, to not have to always have an empty belly, to not always having to sleep on the street with nothing but rags to shield them from the cold. And most of all, to not always be having to looking over their shoulders every second to see if the higher-ups were after them.

He shivered, not because of the cold air; he had got used to that a long time ago. The higher-ups, just that phrase could make people like him shiver. Now those people were important; they were the people you wanted to avoid. They were basically a cluster of people that were living out in the streets that had banded together. The strongest, fastest, cleverest, etc.

Sometimes they gave lone wanderers that they thought would be useful invitations to join. He had always thought of what happened if a person refused them. Well, not that anyone ever did, of course. Everyone wanted to be a higher-up, him included. Being in the higher-ups was the best thing people could get for someone like him; it meant having a leaky roof on your head,your own territory, and most of all, authority over the inferior ones, as they called the ones who did not have a group.

Anyone who defied the higher-ups were simply erased. No question. That was why he, powerless and weak compared to them, tried to stay out of their way. Usually as long as he didn’t stick out or annoy the higher-ups, they wouldn’t bother him.

But it was winter. He could tell by the new chill in the air. It was probably going to snow soon too. The higher-ups would be finding ways to take away competition for food, as they always did. He smiled grimly. Even winter was hard for them. He could be the target today.

He was interrupted by his thoughts when a man came bursting out of the store with a broom-handle, swinging it at his head. He ducked it and scampered away, his bare feet getting another collection of scratches from running so quickly. Just another average day of bad luck for him.

After he was a good distance away from the furious man, he grumbled to himself. What did a store-owner care about his garbage? All the fruits on trees had already been taken, and unlike other people, he couldn't pickpocket. His unkempt appearance wouldn't have been helpful either. So the only choice left would be the trash cans. Why couldn't they just leave him be? Then he saw another row of cans closer a couple feet away from him, and rushed to them, his anger forgotten.

He opened them one by one. Nothing edible. Odd. Usually he would have at least found a couple bread crumbs by now, or a piece of rotten meat that butchers would have threw out. Instead, today there was nothing inside the cans except rubbish. The higher-ups probably took them. He sighed.

They had their own territory, so why would they want to take food from here? They probably wanted another boost to their enormous egos, he thought miserably. What had he done to them anyways? He sighed and clutched his rags as a cold breeze swept past him.

He’d had just about given up searching until he peered into one garbage can. There laying inside the black plastic bag, was a dirty and bruised apple right at the top of some junk. He couldn’t believe his luck, the higher-ups must have missed this one! It was weird that they did, since it almost seemed to be sticking out as if it was meant to be there, but he wouldn’t complain. All the better for him.

As soon as he took a bite, he realized how famished he really had been through the several days without food. He would have ate it seeds and all, had it not been for his trained self-control. He knew he should save it for later, so reluctantly, after he had ate about half of the apple, he carefully wrapped it up in some foil he had found in a trash can.

He reluctantly realized that there probably wasn’t going to be anything else today. He then jogged steadily for several minutes or so, until he came to the tree that he had always used for as a haven.

The tree was near a desolate street, where few people walked in. It was old, and some branches actually dropped so low that if he was almost directly under the tree and sitting down, they would cover him just about completely. There was a few cracks and openings where he could see through, but it was good enough. It would offer him at least some protection from the freezing weather he knew he would be facing tonight. He liked it here. It was his “home.”

By now the sky was darkening and the last light from the sun had descended down the mountains. He had already grown a bit accustomed to the unmerciful icy weather, yet for some reason tonight he felt much more warmer than usual. Probably from running from street to street checking all possible places for food.

Then, as he admired the first snowflakes spiraling down, a wave of pain hit him. All of the sudden it seemed he was turned upside down, and blood was rushing to his head. He clutched his stomach, and stared at the ground in bewilderment.

Was it the apple he ate? How could that be? He had eaten much worse than a little battered apple before, yet what he felt was pure agony. Just like the snowflakes, the surroundings around him was now spinning around and around, and he used a hand to grasp the rough bark of his tree to steady himself. His other hand let go of the half eaten apple wrapped in foil, and it dropped on some dead pine needles.

Then, after a bit of the pain had gone away, he sat there wondering how it happened. Realization hit him, and pure anger boiled up in his mind. The higher-ups. They’ve found another way to avoid dirtying their hands. He should have known that.

He groaned as another wave of pain rushed through him. It was obviously why they had gone through all the other trashcans to take the food there, so that eventually someone as stupid as him would find the apple there and take the bait.

But how did they find poison? Well, they did have resources everywhere. Furious, he promised himself he was going to have revenge the next day. But he realized that he might not even have another day left. Soon he was probably going to be dead.

He had been fighting through the truth that it was the end of his life the past hour, trying to deceive himself, but as his vision began to become blurry he knew it was useless. As he now realized his death was inevitable, he laid in the soft pile of snow with his back propped up against the tree. No use crying over something that’s going to happen, might as well make the best out of it. Even through he wouldn't have minded a couple more weeks, the warmth that he was feeling with the pain was simply wonderful. Then he slowly moved a branch to the side that was in front of him and looked at the street nearby. What he saw surprised him.

In the darkness, a man with a lantern was pushing a small cart towards the town square, which contained a small pine tree, decorated with red and green ribbons. He laughed out loud, even though it hurt his throat. Life had a sense of humor, choosing to end his life right at Christmas. Not that anyone would care. Like all of the wanderers, he didn’t have a family. Didn’t have a home. Didn’t even remember his birthday, nor age. How did he come here in the first place anyways? Well, some family had probably abandoned him. It didn't matter.

Then as he toyed with the half eaten that he had with his numb hands, an idea popped up in his head. He slowly went outside of the part of the tree most sheltered by branches, wincing in pain at the movement. Then he staggered and stood up-his weak legs shaking-and tied the apple stem to a branch facing the street shining in a silver light by the moon. It took several attempts for him to do this, since he could barely see. But finally he made a tight knot, and he stood still for a moment, breathing in the sweet apple scent mixed with pine.

He smiled. It wasn’t much of a Christmas tree, but it was all he could do. He collapsed on the ground, head crashing into some low branches. It had taken all of his strength to do that, and now he couldn't even crawl back under the tree branches. He coughed, and stained the white floor with crimson. By now beads of sweat had appeared on his forehead, and he felt like he was burning, even with the snow penetrating through his thin wore-down clothes. It didn't bother him. As his vision blurred, he was content. He didn’t blame the higher-ups anymore, it was his own foolishness after all. He was ready now, ready to be released from his lifelong time of wandering, and ready to embrace death. The stars were winking above him, beckoning him. He closed his eyes, and breathed once more. Then everything turned white.

During the night, the snow buried him completely, as if it was acknowledging him, mourning for him. It was the only one. In the morning, no one even knew he had departed from the world, and many didn't even know he existed. All that remained of his presence was the remains of a half bitten apple tied to a tree. A Christmas Tree.