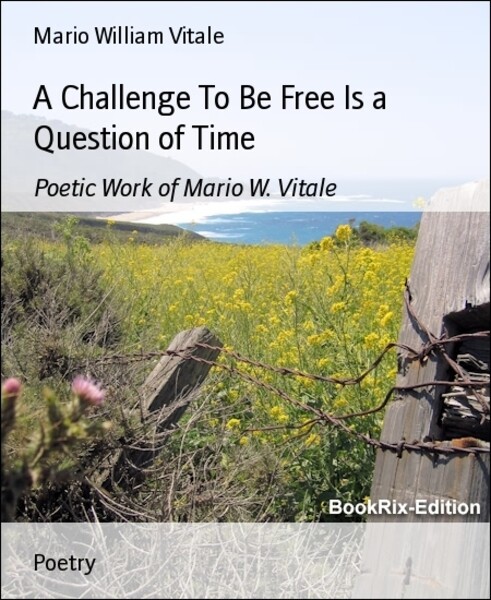 
A knock was heard at my front door,

Upon opening up I had noticed a figure !

Then out of the shadowy resistance from within,


There had summoned a beckoning call !
Temporarily paralized on something or yet someone ?

It was just something that just should not be,

Suddenly a hand was extended forth by which to posture..,

The man in question was a secret agent !
(Come with me my gentle friend) !

A limo awaits outside with President Obama inside,
Still there can be no clear reason by which to run away and hide !

A voice inside the limo muttered, "Yes, he can !"

Right away I knew who was the man,
Next the agent decided to take me by the hand..,
Boy ! That big house was filled with an awful lot of surprises...,

Yet there hidden beneathe Obama's closet,

Next to his last pack of filtered Camel cigarettes..,
There it sat a beautiful old Bible !
This was cause for an anti social revival..,
Forget about what you had heard,

For I spoke not a single word !
Yet to come to find out that President Obama was a modest yet humble Christian man..,

Yet we all like to seem to label him ?

Perhaps even to the point of even stereotyping him..,
Still who would have known ?
For some this may sound just too far fetched !
Ponder to be out on a parting limb..,

Yet check for yourself what was hidden within,
This man has feelings too,

With no reason by which to pretend !

*
(2008), When President Obama one the election..,
I had thought it to be befitting in writing a poem,
To commemorate his initial success,
For many had thought that he was too liberal,
Yet through research I had determined that he was a devout Christian..,
From that moment on my opinion of him had changed..,
Into the most positive light of approval !

Remembrance Of A Loved One


How you had fought so very hard and fierce,

My one true love was gone from here..,

The challenge to be made free is a question of time..,

My one solution is using my mind,

Living on the edge and it's going to my head...

Sitting up at night all alone in bed,

Following the rainbow to the sky...
I see a crystal clear vision of you pass me by,

Our war were in is almost over ?

Yet it's so hard to believe I lost my lover ?

*
(1989), Ponder the thought of being totally in love with that special someone ? Only to have the pieces unglued by breaking up with you.., This is something most people can relate to in a much fallen world !


A Beacon Of Light


A beacon of light in a hurting world,
Can't help but to try to claim some sense of identity...,
Stregnth and encouragement can only come from above !

Amidst in the distance still trapped their ( a seagull),

Frightened but still yet adrift !
In a vengeful fashion, striking the passing fish
A true source of hope, a triumphal beam !
This beacon of light shines forth..,

To the helping hand of its' sparkling radiance...

In my life, there was s significant time..,

When I actually thought I was a real Christian ?
Was over filled with so much joy and love !
Thought that this was sent out of him above ?
I had made a real commitment,

Now I'm set on barbed wire...,
Closed out from all known civilization,
While proned in making a lot of mistakes..,
This was the real kicker...

As if a caged rat that was hidden in a tiny hole..,
Or that lonely monkey waiting at the zoo !
Who really doth knew ?
How tender a heart doth crumble...,

Now make my Martini strong like on the double !

There is still no real lack
of empathy...

When common friends were many,
Now I have grown to fear,

That God doesn't want me to have any ?

(Re: The True Artist Never Dies)
A Wonderful expression of love,
Created in the heart of every person that has creative aspiration's.


Rather lives on in the many hearts that adore them,

A wise soldier will always want to learn...,
That living by sight will cause one to burn !
A memory can be tainted by lies..,
Oft' we hear of one word spoken in the darkness,

With the pain that can be released into the light...
Never give up on the fight !
Oft' with pain that can turn many away..,
Please choose to bow the knee to pray,

Don't ever assume that everything is just fine..,
Sheltered out of the bitter cold !
It is true that the true artist never dies..,
We will seek to treasure every memory,

Until all will reach heaven's door !

Silently grandfather whispered a prayer to the god of thunder..,

Suddenly a tomahawk was thrown into the air,
While overhead to sky was a bit blue with tainted green..,

Shown by a crystal clear image of mere beauty !

Mark the great man who will venture to explore..,
On the whitened dew on the grass
Was there a carcass now to lay ?
Trampled down by a scent of green decay..,

In the distance hearing the noises of birds in flight !

The ancient wing still doth hoover into the sky,
Even at the edge of night..,
Gone are all the ancient reptiles with long turned faces,

Longing to bask in all that hot white sand !

That only mere time erases..,

Yet far in the distance, the flame doth taunt,
Still the ancient wing doth fly...
Nor mere fear of torment,
Along with buzzards who tend to steal to exploit..,

With just one moving arrow shot !
With a clap hidden in the dark..,
Oft' we will lose touch in our meager existence,
But yet one had lit the spark,

That had suddenly egnited the eternal flame !
Onto the ancient wing doth fly..,
A passing curious passerby,
My long waited feathered friend..,

Showing by the ancients,
With whom one can depend !

From a distance, the sky waxed dark and thick...
Perhaps this is nature's way of playing a nasty trick ?
It's quite troublesome when you can't find a friend ?

Alas, in the distance amidst the tranquil pier !
A light shines on !
Beaming away like singing a song...,
As the ocean sighs it won't be long to fix our mistakes..,

To correct what went wrong,
Yet this is the moment we can't let pass...
A shout of praise maybe some laughing gas ?
Yet one can't escape the way they may feel,

Perhaps a love embrace shall seal the deal ?
This ocean sigh, will it ever end ?
Perhaps it's best we all hold our breath to count to ten ?

Now the ocean sighs and that's it for my pen...

* Let's face it everyone likes to go to the ocean ?

A look outside at the emmense willow tree !

We filled the house with fun and laughter,
While a man in the center lies in a coffin ?
Moon light over Paris..,
Alone with gossip filled melancholy chatter..,

Now what does it really matter ?

Still the fly on the wall longs to come down..,
Although many men in life were oft' found to be headliners..,

Try not to wear your head down in a frown !
This was the last place where both Jim and Pamela stayed..,

That lizard king had quite the following !

One enchanting poet's last dying moment,
Before his ever haunting serenade,
For the blue bus brought him to his eternal rest !
With moon light over Paris,

For some it was their worst nightmare,
Other's had to frolic in the ambiance of the given moment...

(Re: What one believes must be practice,
Such as faith without works is proved to be dead !)

The End Of The Age Of Innocence


When I was young it had oft' sparked,

My lone curiosity to walk care free...,
Although, we oft' lived in vast land of make believe,
Still there are many today that like to watch us bleed !

When one lives by sight,
This will surely send quite a fright !
We seek to justify our sin,
Out of no regard to mere personal preference..,

Such as a caged rat was hidden in a tiny hole,
Who shall release us out of this character assassination ?

To the end of the age of innocence,

Forget about, if it feels right just do it..,
Such as monkey see to monkey do !
Who would have known ?
My words shall spring forth..,

Fresh out of the sugar bowl,

Who shall seperate us from this hidden battle ?
A plague, tempest and pestilence...
Such as the strong arm of Moses !
Speak to the rock !

Let my people be set free,
If curiosity killed the cat..,
What do we do with curiosity ?
Yet I shall go forth in which to ponder and cherish,

A delicate rose that was picked some time ago...
Although we have been beaten through the storm,
We oft' ponder a rescue attempt of some sort..,
Yet some of us were twice shy..,

Hence, falter to take hold of that pie in the sky !


(Some seek pleasure from a porcupine !)


A Return Home, Only Time Will Tell

Sweltering heat and bloodshed in the street,

Send all the troops home !

No reason for them all to roam,

These are desolate times...

We have all chosen ill fated rhymes,
The casualties are enormous..,
For a stated cause that's atrocious,
A mother's cry as the door chime rings...

Vanishing salute to freedom as the church choir sings,
Lets' look above to all the heavenly love !
Merciful one, take this chip off my shoulder
Stop the senseless fighting before our nation grows colder..,

Seeds were dropped out from a farmer's bag !
In time the roots spring up out of the fertile soil..,
As the sun heats up, only time will tell when this harvest will boil !

In the game of life your time is very brief,
The soul yearns for some heavenly relief !
Share with other's who may want to turn over a new leaf..,

Time will tell the importance of helping one another
To never give into the harsh criticism that society puts out !

Time will tell of a return home to the open arms of a love one.,

(John 3 vs 16 : For God so loved the world that he gave us his only son, that whoever believes in him shall not perish but will have eternal life !)


A door was opened wide !

Many flock into see..,

Yet for what no one really knows ?


Our oceans have all been pollutted !

Yet not from all of the debris ?

It has been out of ignorance...

We have become a nation filled with cynics !

As Camo had reported, "I think therefore I Am !"

We honor the clear facade !

A nation that is torn amuck..,

Lest, we should all read between the lines.. ?

With the boring and mundane..,

We will choose to deligate to other's..,

The awakening of truth !
One has to dig..,
We often pay fat cats wearing their limber hats ?

Yet pay little homage to the innocent unborn ?

Often are being killed inside their mothers womb ?

Should all of this come as a big surprise,

Hence, look up toward the one you had pierced with nails..,

Shall suddenly burst forth in the sky !!!


* (For he will come to determine
All of those false and hideous ways.., )

We will one day render all to him !

For every knee will bow.,
Every tongue will confess...
Hence, every false way will soon be stopped !
There will be no more happy hours at the local tavern..,

Men of cynical minds will want to hide away in some cavern ?

Poisoned by their desolate cries..,

Whence, they begin to look into...

For them it will be too late..,
No more existing timeless fate,
Their will be no more !
It will become their worst nightmare !