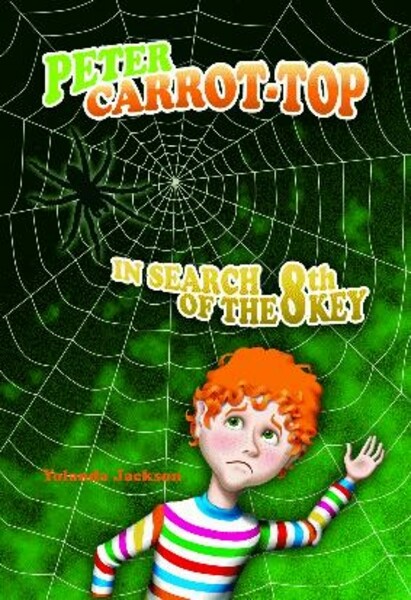 The Journey to Baja

Sam went to bed and had many nightmares. It was like whatever he dreamed came true. Sam dreamed of being kicked out of Baja for good and being turned down by the elders. Then his dreams switched and he saw himself and his family being hanged to death and then burned.
He awoke in a panic and ran to Peter's room. Everything was still safe; the warriors were still standing guard. Sam took a deep breath and began to relax, as he walked back to the room. He sat on the side of the bed, nervous about arriving in Baja the next day.
"What will people say? How will they treat us?" Sam talked out loud to himself.
All the commotion woke Jane up, and now both of them were up and worrying.
Then a loud voice echoed from the walls of the turtle. "I believe in you, Sam," the voice said.
Sam jumped up from the side of the bed. "Who are you?" he asked.
“It is I, the turtle; are you enjoying your ride?"
Sam was a little startled, but went on to answer the turtle anyway. Sam explained that he was very afraid of returning to Baja and that he and his family were at risk of disappointing the elders. The turtle comforted Sam and Jane telling them not to worry, and that everything would be okay.
“Besides,” he told them, “I will always be on your side.”
Sam and Jane went over and kissed the turtle walls as if they were kissing him. Then the two of them went off to sleep. There were no more nightmares, and everyone was fast asleep.

A giant alarm clock went off, waking up everyone on the ride. The clock was so huge, the bang made the entire ride shake back and forth. It had a big giant face and the hands were made of diamonds. "Wake up, wake up!" the clock shouted.
The servants jumped up, rushing to get breakfast ready for their royal family. Jane and Sam jumped out of bed to see what was going on. As Jane ran out of the room, and into Peter's room, she was startled by the three watchers. She ran back screaming through the hallway, and Sam came out to meet her.
"It's okay, honey," Sam said to Jane. "They are just here to protect Peter."
Jane's heart was beating so fast that she could not say or do anything but nod her head. The three protectors bowed down to Jane to show honor and respect. Sam explained to Jane why he requested protection for Peter. Immediately, Jane became worried. Sam assured her that everything was going to be all right; even though he didn't believe it himself.

Jane ran into the room where Peter was still fast asleep through all the noise, and lying beside him was Dingo. Jane smiled and gently touched her son's face. She placed a kiss on his cheek, and then Peter opened his pretty big blue eyes.
"What's wrong, Mother?" Peter asked.
"Oh, nothing," Jane replied. "It's just time to get up and start our day.”
Peter jumped up with excitement. He told his mother he couldn't wait to see Baja, and all his family. Jane had a little bit of worry on her face, but she did not let Peter see it.
He ran into the bathroom where he began to brush his teeth. Then in came two mice with fresh towels and new clothing for him. They never said a word, just went about their duties.
As Peter was getting ready, Jane met back up with Sam. She began to talk to him about how happy their son was and that they needed to do anything and everything to clear their names. Sam agreed, and off they went to get ready for the next day.
Even though fresh new clothing was on their beds, the family liked their old-style ones and kept their original clothes. Needless to say, this pissed the servants off. They ran and told Victor that the Carrot-Tops would not wear their royal garments.
In came Victor, "Master Sam, you must dress like the royal family."
Sam said, “Victor, my family doesn't need fancy clothing to be royal.”
"Very well," said Victor as he cracked a snobbish grin.
One of the mice started crying; tears were flowing everywhere.
"What's wrong?" Jane asked.
The mouse shied away and continued crying. Jane went over and patted its little head.
The mouse crawled up in Jane's hand and asked, "Why don't you like my tailored garments? I worked a long time to make them fit right."
Jane wiped the mouse's tears and reassured him that it was not his sewing, but that they liked a simple style of clothing. The mouse calmed down as Jane gave him a big kiss. As the mouse blushed, he slid right out of Jane's hand.
"I have to watch out for such a handsome fella like you. You might take my wife," Sam said playfully to the mouse.
Everyone began laughing.
Jane called to Peter, and told him it was time to eat. He and Dingo burst into the room, but the three watchers caught his attention. "Wow!" he said as he looked at his protectors.
He admired the wizard's hat and how the secret codes on the hat glowed from bright to dim. Then he saw the knight, covered in all silver armor from head to toe. The same secret codes were visible all over his armor. Last, Peter loved the barbarian and how big he was. The golden leather belt that went around his waist also had codes that glittered and glowed. He had golden coins melted into his skin from head to toe. Peter had never seen coins like them in his life.
He went over to the barbarian's foot and rubbed one of the coins. Peter could feel a shockwave run up his hands as he touched the coins. It was so powerful; it made his orange hair stand up.
After a few moments of amazement, Peter went to breakfast mumbling to his parent about the three protectors. He could barely keep the food in his mouth.
"I thought you would like them," Sam said to Peter.
The Carrot-Tops continued eating their breakfast, but Peter was in such a rush to see Baja; he ate very fast.
"Slow down," Jane said to Peter, but Peter was so filled with excitement that he could hardly contain his emotions.