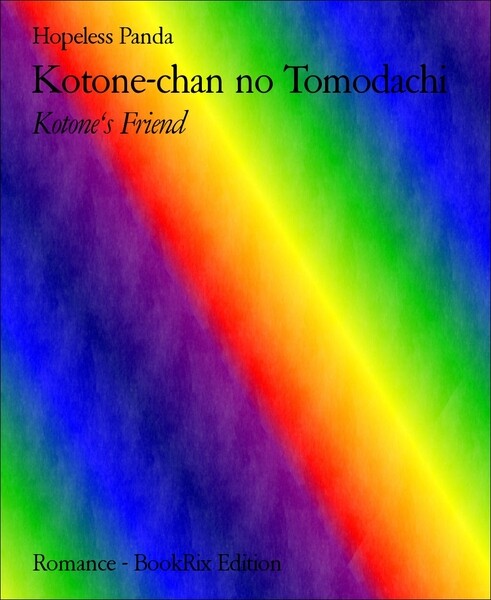 Grabbing my bag tightly, I race though the crowd, pushing and shoving. Skin touches skin as I hear mutters go through, probably aimed at an annoying late high schooler. "Geez," I thought. "Haven't you seen someone race because their late before?" The wind blows a chilling air onto my skin, wrapping itself around my naked body. I shiver slightly. Even though I'd been raised to accept this kind of breeze, today it seemed colder, as if the cold hearted wind was trying to get me late, on the same side as my alarm clock.

Finally, I reach the station. Breathing a sigh of relief that it hadn't left yet, I walk up, feeling my legs brush against metal as I walk into the train.

He motioned me to come over. I hesitated. As he saw me hesitating, he walked up to me and lifted me up. The mysterious blond had sat down and placed me facing him, on his lap.

He stared into my eyes and I fell in love with his gaze. He had cupped my breasts and had massaged them. Shocked as I was, I didn't reject. I've seen tons of people do it on the train, but this is my first time. I let out a slight moan as he kept on massaging my breasts. He then leaned forward and started sucking on my nipple. This time, I let out a slightly louder moan. I noticed that the ladies near us were staring at us and grinning.
"Don't worry dear, we won't disturb.. Must be so nice to find someone so easily these days.." one lady had said. "Must be nice to be so young. How I wish I could go back in time.." another lady had said.

I was too busy listening to the ladies that I didn't realize the blonde boy had already inserted three of his fingers into my hole. I felt his fingers squirming around in my hole. I could hear the sound of squishing. Before I knew it, I came in his fingers. The boy pulled his fingers out and licked them clean. I stared at him, and then his crotch. His "thing" looked painful since it was throbbing, I bet he would have liked a blow job, but I was only a virgin. I gave him a light kiss on the lips, he smiled at me. Goddamn was this boy sexy, his body was really big now that I've taken a good look at him.

The boy motioned his hands. He seemed to be asking me if I wanted him to put his thing in me. Again, I hesitated, but I nodded in the end. He lifted me up and positioned me on top of his thing. He then slowly dropped me onto his thing. I noticed that he'd been really gentle. I flinched as his thing entered me.

I was a virgin, but I didn't tell him. I guessed that he would figure it out anyway. As blood came out of my vagina, I blushed and looked away. He turned my face to his and looked me in the eyes and smiled. As if signaling me and telling me it was okay. He then lifted me up and down so that his thing would thrust into me. It hurt for a bit but he was trying to make me feel good by sucking on my nipples and rubbing my clitoris. It made me feel good, even though I was doing it with someone I met on a train. I wondered, am I falling in love with him for his gentleness, or everything else?

The boy and I had climaxed together. I saw his semen pouring out of my vagina, and I blushed. My blood and his semen were all mixed together and it looked disgusting. I quickly got off of him and cleaned myself. While I was cleaning myself, the boy had his elbows on his knees and his chin on the palm of his hands, he grinned. I blushed a deep red. I heard the Ding of the train, I was almost at my stop.

When the train had stopped, I rushed out of the train but stopped at the door. I looked back at the boy, who was still staring at me. I felt disappointed that I only had less than an hour than him, so I asked, "What's your name?" He smiled and replied with, "Ren Hanabusa."

"I love you Kotone.." Ren said. He thrusted his thing in me, I moaned. I hugged him tightly as he kept thrusting, a bit harder every thrust. As he climaxed together, I heard the sounds of an alarm clock. "Alarm clock?" I wondered.
I suddenly opened my eyes, i felt something wet in between my crotch, i looked under my blanket and I realized I had a wet dream.

I was almost late for my train again.I quickly cleaned myself up, grabbed my bag, and dashed out the door. I ran as fast as I could to the train. I shivered as the air blew past my skin. Finally, I made it to the train in time. I looked around for a seat and saw a lot of empty spots. I sat down and I looked around for Ren. I didn't see him so I was disappointed. But it's not like I love him right? I fell asleep on the train. I had slept for to long and missed my stop. When I woke up, I saw Ren sitting in the seat in front of me. He was staring at me while smiling.

"Good Morning," he said.
"Ah! You're Ren Hanabusa!" I said jumping up from my seat. He giggled.
"Yes, yes I am. And you are..?" he asked.
"I-I'm Kotone Hanazono.." I replied.
"Well Kotone-chan, I'd like to thank you for that time in the train."
I blushed, remembering how I had give my virginity away to a stranger.
"Hm, since you've already missed your stop, how about ditching school and go on a date with me?" he asked.
Immediately, I said yes.

Ren had taken me to a carnival. There, we went to play in the booths first. Ren had won me a giant pink Teddy bear. "Wow, this date is like a drama or a manga.. Eek." I thought.

We went on all the rides together until night came. Ren had asked me if I wanted to go in the Love booth. A place where they put couples in a room and let them stay in there for as long as they liked. I thought about it and said yes.

As we got in the room, i spotted the bed. It was a big heart shaped bed with rose petals scattered everywhere. I lied down on the rose petal covered bed. Ren crawled on top of me and smiled. He kissed me all over my face and slid down to my neck. He sucked on the nape of my neck. He then went to my breasts and fondled them. Ren played with my right breast, as he sucked on the left. I moaned loudly. Ren smirked, he put his hand near my vagina and was rubbing my clit, he used his other hand to finger me. At first he stuck two fingers in, and then he added another finger. Instantly, I came. I breathed heavily as he then stuck his fingers into my rectum. I was surprised, but it felt kind of good. I felt bad that he was the only one making me feel good, so I whispered in his ear, "..is it okay if we go 69?" I asked him. He had a blank expression on his face but he did as I asked him. When his cock was in my face, I blushed at the smell. A manly smell.

He started to lick and suck my vagina while continuing to finger mu rectum. I moaned loudly. Then I decided to take his cock. I sucked on the tip first and then put it all in my mouth. The taste was salty, but sweet at the same time. I could hear his soft moans, so I decided to make him feel even better. While I was sucking, I played with his balls. That made him come in my mouth, which made me choke.

"Ah, sorry Kotone-chan. Are you okay?" he asked sweetly.
"I-I'm fine." I said while thinking of his fingers still in my rectum.
He continued licking me. Not long until I came. Ren positioned me in a comfortable position on the bed, he kissed me passionately. I felt his tongue wanting entrance into my mouth, I let his tongue explore my mouth as I try to gasp for air. He let me rest for a bit but then continued to kiss me. Still kissing and sucking on each other's tongue, he spread my legs and put his cock into my hole. I flinched as he slowly pushed it in.

"Are you ok, Kotone-chan?" he asked me. I nodded my head, and he smiled, kissing me softly on the forehead. Ren began to thrust into me. I wrapped my legs around his waist. There, he thrusted into me much harder than before. I moaned loudly and he continued to smile. "Wow, he smiles a lot. But it's a sexy smile." I thought.

Finally, he came into me. I could see his white sperm flowing out of my hole. I breathed heavily and shut my eyes.