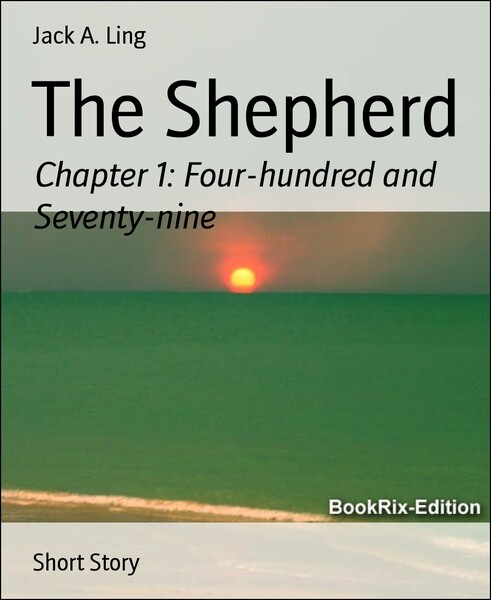 Chapter One
Four-hundred and Seventy-nine

A firm, straight path lay upon the ground. Rubble dispersed among the parallels outside of this carving. For it was no road. It was no highway. It was nothing. Nothing but a path. But it was this path where a single man traveled upon. Traveling to places unknown. He simply placed his feet upon it, and he went. We know not where he wanted to go. But then again, neither did he. Step-by-step. Foot-by-foot. Every step adding more and more dirt, gravel, and grime to the boots which constricted around his feet. But he did not care. What then did he care of? No one does know, and no one will ever know. Behind him, his shadow elongated into a black mold of himself. Just past the shadow of himself, a small gathering of dust flew with the wind as it hovered just over the dark figure. But nothing changed about the dark concentration of the shadow. If anything, the shadow got even lighter. The dark of it would never change, and will never change.
His boots clicked on the ground until they approached the rarest substance in that scene: grass. But the single blade of color crumpled under the weight-driving foot of the man. Folding in unto itself as if it did in fact have a choice in the matter. As the man lifted his boot, the blade buried into the black dirt becoming so much like that shadow; black and dead. But the man had not the time to worry of such matters. For who did, does, or will? After bringing four-hundred and seventy-nine of those blades of holy life into the look of the shadow, the gravel turned to mud. A mud darker than most this man had the displeasure to step upon, but the shadow disappeared once it hovered over this mud. It was almost as if it had expanded to the size of the mud.
A pond resonated within feet of the feet of the man. He continued, ignoring the body of gloomy liquid. As he stepped into its gapping reach, the once gloomy body darkened to almost the color of his shadow which hid on its surface. He simply stood in the middle and waited, staring at the dead body of liquid. Suddenly, his mouth began to wander, moving in short ticks. While doing this, his shadow began to show just a bit darker than the water, showing a distorted being. Then, as if he had seen something in the water, he stopped and began speaking to the audience that wasn't there. "The Lord is my shepherd."
As he spoke, he gathered himself and started out of the water. Although he did feel greater than great, his face masqueraded his insides with an intent unknown. Even as he tripped over the tree root which seemed to purposefully trip him, and was sent face first to the mud, he did not curse, change his face, or give a remark. He simply picked himself up and continued walking.
"He maketh me to lie down in green pastures: he leadeth me beside the still waters."
Once again, his boots began to click upon the gravel of a road. Not the same road, but one of the same color. The road stretched across the landscape for miles until it suddenly bended into the horizon of the bleeding sunset. But just within moments of the stranger was a group of settled buildings. All were made of wood, stone, and the occasional metal. To the far right, a great structure stood several stories into the sky. The building had a slightly worn sign which read a simple word: “Bar”. With no motive of where to go or what he was to do, the man heaved himself through the doors, and he was only greeted by stares found in the darkest of places before his shadow. He then turned his attention to the stage-like uplift toward the front of the bar, and he waited. He waited until every evil eye of the evil people were upon him. For the first time in an epoch, he smiled a very sly smile and began to speak.
“He restoreth my soul: he leadeth me in the paths of righteousness for his name's sake. Yea, though I walk through the valley of the shadow of death, I will fear no evil: for thou art with me; thy rod and thy staff they comfort me.”
Within the frame of moments for which he stood and spoke, both the anger in the evil eyes of the people and the size of the group grew to an intense number. But he did not care; not even a little. He just stood and watched as the mob grew and grew. Just as the mob couldn’t get any bigger, the man in black with the long, dark shadow said the phrase which threw them over the top.
“Thou preparest a table before me in the presence of mine enemies: thou anointest my head with oil; my cup runneth over.”
And as this phrase escaped his mouth, he was restrained to the point of agony and pain. He struggled, but he did not fight. He clenched his fists, but did not want violence. And just as he was tossed into a cell of stone and metal bars, he stood and smiled at them all.
“Surely goodness and mercy shall follow me all the days of my life: and I will dwell in the house of the Lord for ever,” he spake unto all four-hundred and seventy-nine of them.