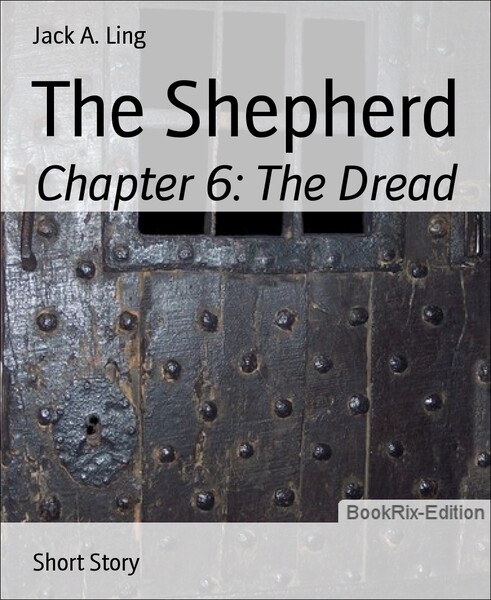 The light-footed woman placed her right foot over the gravel step as she looked around the corner. The hallway, like the rest of the inside of the building, was made completely of rock and gravel with wooden bindings which made the building look less like the sturdy complex that it was. Although the ground floor of the jail was filled with the common people of the small town that surrounded, the floors which spanned over thirty meters down were empty. Completely empty except for the few men in bulky, gray uniforms. These few men sported very dark shades which covered any sight of the eyes which might have laid in their heads.
"Just a few cells down," Morgan, the light-footed woman, said to herself.
As she approached the end of the hallway, Morgan pressed her head to the sharp corner. After several moments of concentration and listening, she jumped with joy as she heard a faint scratch on the gravel. She jetted past the corner and slammed her shoulder to the large door which stood before her as she examined how she would go about opening it.
"David?" Morgan whispered to the inanimate door.
"Who is it?" David responded through the same door.
"Morgan. I'm here to get you out."
"Why?" David questioned.
"You didn't do anything to be here. And I have questions."
"It would be better for this sheep to stay locked in its cage."
"No. We are leaving," she said as she heard a click from the circuit on the door.
"You are getting into things which do not concern you if you take me, girl."
"That's what I'm hoping for," she said as she rushed him into the hallway. "But you're going to answer my questions first."
"What do you want to know?"
"Why are you in this prison?"
"They want me here? Keeps me out of their business."
"Who? And what business?"
"Their agents want me away from the world."
"Whose agents?" Morgan asked.
"Those of the earth and fire," David laughed.
"What in the hell are you talking about?"
"Who do you think lived here before us?"
"Another town, I guess."
"No. Farther back."
"Animals?"
"Ha! Farther!"
"I have no idea," she insisted.
"You don't think that humans are the first to live here, do you?"
"I do."
"Well I guess we are. But there were humans before humans."
"I don't get it."
"Humans lived for a while before the flood, correct?"
"The flood with Noah?"
"Yes."
"Of course there were!" Morgan yelled.
"And if they were meant to die, what happened to them after they died?"
"How would I know?"
"They were banished to a life lower than life! Those who would endure the lake of fire at its worst: as creatures of hell!"
"So what are they?"
"Creatures beyond the help of God! We know them only as the Dread."
"I've only heard of a 'Dread Lord' though," she explained.
"The Dread Lord is the worst of all of those demons."
"How so?"
"He takes advantage of them by telling tales of final judgement on Earth."
"Explain."
"He tells the rest that if they make it to the surface, they will be released as humans. His ultimate plan for power over the angels."
"How do you know if any of this is true or just bullshit?"
"God told me."