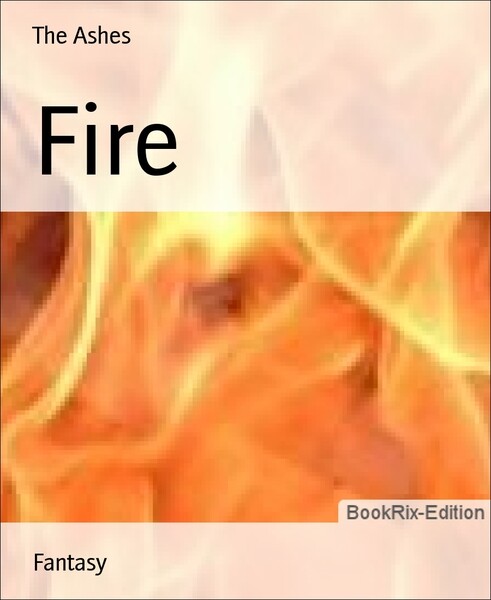 Fire. Everything was on fire. But that didn't scare me near as much as the decaying hands reaching for me through the flames...then bubbling and busting like a water balloon in an array of colored fluids.
*****************************************************
I woke to the sound of screaming, but the noise died off as soon as I realized I was the one doing it.
I’d been having almost the same exact nightmare since I turned 13. Almost like my subconciense was trying to warn me about something. The only question was what the hell was a dream about rupturing dead people supposed to be a warning of? That I watch too many scary movies and read to many paranormal books like my family has been trying to tell me for years?
Nah.
I got up and headed for the living room knowing what I would find before I got there.
Sure enough Ashlyn was sitting on the couch, head down, bagged eyes staring at nothing. She grabbed one of the two coffee mugs sitting on the ornate metal framed glass coffee table and held it out to me without ever looking up or saying a word.
It was a solid white one save for the warning sign that read: Warning This B**** starts automatically. It was my Monday mug.
I glanced over to see that she had her Monday mug too, I black mug with red letters that said 'I can only please one person a day. And today is not your day.'
it was Thursday night, or Friday morning depending on the time and whether or not you wanted to get technical. Strange then that we would be using or Monday mugs, right?
Wrong. We also happen to lovingly refer to our Monday mugs as our pain in the ass mugs. and tonight, thanks to the nightmare was officially being a pain in the ass.
"You too, huh?" I asked her.
"Yep." she answered with a slight nod still not raising her head. I sat beside her on the couch, and found my own patch of space to stare at unblinkingly while I lost myself in thought.
Ashlyn and I are twins. We have just recently moved away from home at seventeen years old. We are emancipated, because our parents aren’t alive to take care of us anymore. Tomorrow was the first day back to school after spring break, and I would have to leave our isolated lil house for the first time in a whole week.
Oh joy.
The phone chose that moment to go off. Sense it was the home phone and it was on my side of the couch, I was the one who picked it up, glancing at the digital clock on the base.
3:37
I brought the phone to my ear, "hold on." I passed it to Ashlyn.
I knew without looking that it was either her boyfriend or somebody we don't know, and either way she was the one they needed to talk to. My diplomacy is scarce at best, but right now I was likely to cause a law suit if somebody said something to me in anything resembling a cheerful voice.
I heard enough to realize it was indeed her boyfriend before she closed her bedroom door.
I finished off two more cups of coffee after that while listening to music and reading, before grabbing my favorite panda and curling back up in bed. a few minutes later I heard Ashlyn in the kitchen and spared a thought that she got the last cup of coffee that I had left her, cause I hate for good coffee to go to waste. Then I fell back asleep.
Beeep…….Beeep……..Beeep……..Beeep……Beeep……..

I threw my fist out without thinking, just wanting that stupid noise to shut up, it connected with something and a hear a loud crash and a jingling noise like a dumped coin purse.
Sigh.
I’m willing to bet that was my new alarm clock. Broken. Again.
“Unnhhgg!” another day of school, I think as I roll out of my now sparsely covered bed, yea.
I turn around and head toward the kitchen, as another insistent beeping is abruptly silenced.
“Noooooooo, not school again!” I hear from the open door on the other side of the living room, as I stumble through my own bedroom doorway.
I continued into the kitchen and started the coffee going.
Ashlyn made her way to my side just as I got done adding the cream and sugar to our mugs. Hers said T.G.I.F.
Mine was just solid black.
I handed hers to her, and turned around to lean my butt against the counter.
She groaned again, muttering under her breath as she began preparing our bagels. It sounded like something along the lines of screw school and thank God for coffee.
I chuckled a little at that but was nodding in agreement.
We are not morning people,
We finished our bagels in silence, then departed to our individual rooms to get dressed and ready for school.
About twenty minutes later we heard our warning honk through the open front door.
I ducked my head out of my room just in time to see Ashlyn dash out of the kitchen with her backpack and our coffee thermos.
“Tell him I’ll be there in a sec!” I shouted after her. This is what I get for stopping to jot down a few story ideas, I think as I hop out the front door trying to put my other boot on while my shoulder bag is practically strangling me.
I finally got it on as I slammed the door with my other hand. And made a break for the driveway on the side of the house.
Screw the screen door, it could stay open for once, the wood one was locked.
I slid into the back seat as Chris (Ashlyn’s boyfriend) put the car in reverse and we headed off to school.
“Really Ashley?!” Ashlyn said exasperatedly from the front passenger seat.
“What? What’d I do?” I asked slightly apprehensive.
“Your stockings are mismatched again.” She enlightened me with a sigh.
I looked down to where my skirt had ridden up, glad that my momentum had carried me into the seat behind to driven when I slid in, and Chris couldn’t see me. She was right, as usual, each of my black thigh high hose had different lace tops. I took a deep breath, and checked to make sure everything else matched:
Three inch high, reach the knee, double buckled, black high heeled boots?
Check.
Black V-neck?
Check.
Deep purple skirt coming two inches above the knee?
Check.
Well at least no one else would see my fuax pas. It’s a good thing Ashlyn's the only one with a boyfriend.
I looked at her sitting in the front seat talking to Chris in his jeans and green t-shirt, with his black hair and brown eyes, and was willing to bet all her clothes were in perfect order. She was wearing her crimson tank with the black vine-like print on it and her thin lil cotton jacket thingy over it, paired with the matching skirt hitting about mid thigh, and her own stockings and buckle-lacking inch and a half high heeled boots that come about an inch above her knees.
We aren’t identical twins or anything, but we still related and therefore look a little alike.
Same brown hair with blonde highlights, and red lowlights. Same chubby cheeks. She’s about three inches shorter than I am (no boots), she has green eyes, mine are blue, and my nose has a slight crook in it from when I got in a fight in the first grade. Some kid was knocking on her, and when the teacher pulled me off of him, she let go of my arm to soon and I fell backwards into a filing cabinet, face first. My balance ability has always been limited. Which brings me to our last major difference, our tempers. They’re on opposite sides of the spectrum, she is fairly mild mannered, while I’m……..well, not. Though oddly enough I’m the wall flower. Even at the new school. You would think I would get a lot of negative attention, since I’m the explosive one, but after my first two or three fights people just started ignoring me. So I sit in either a front or back corner of every classroom and nobody bothers to talk to me other than the teachers, and my friend Brittany. She is my closest friend, one of the only people I have let get close to me, and our friendship started by her apologizing for being mean to me.
Go figure.
Then of course there are Ashlyn's friends whom I sit with at lunch and breakfast. They are kinda my friends but I only let people get so close since our parents death.
Next thing I know, I was being thrown out of my thoughts and into the door opposite me to the sound of squealing brakes, Ashlyn's screams, and Chris cursing.
“Holy crackerjax!” I yelled as my door came open upon my impact with it, and I fell from the car rolling in someone’s yard, right into a very nice pair of black Italian leather boots.

I heard Ashlyn's screams cut off and had an instant of worry, before she called my name in alarm.
“Are you alright?” Someone asked, and at first I thought it was Chris but the voice was to close, and deeper than his.
After a moment I realized that the voice went with the boots, and the shadow that was looming over me and blocking the rising sun. I heard Chris and Ashlyn struggling out of their seatbelts, but that was a distant awareness. As I rolled over to look up at the person whose yard I had used as a landing pad.
All I could see from my current vantage point was the silhouette of his shaggy haired head, his broad shoulders.
“Fine, thanks,” I replied, “I do stuff like this every morning.”
“Oh, I’m sure.” He said, laughing softly, and offering me his hand.
I took the hand, “thanks Mr…….”
“that information is classified for now.” He said smiling as he pulled me to my feet with shocking ease. I mean, I’m no cow or anything, but I ain’t exactly light either. Ashlyn keeps telling me it’s my muscles(muscle weighs more than fat), but I’m not sure I believe her. After all she is my sister, therefore she is obligated to be nice to me.


Speaking of Ashlyn, i turned to look for her and Chris, and nearlt smacked into her mid motion.
"Whoa. hey chick." i told her.
"are you okay Ashley?" she asked with wide concerned eyes.
"sure, i'm fine, thanks to Mr. classified's nice plush yard, it was just like another round in my continuous battle with my own equilibrium. or lack there of rather."
She ignored that little comment, but raised an eyebrow at the name.
"he told me his name was classified information."
her other eyebrow rose to meet the first. "Nice to meet you.....Mr. Classified."
"You as well." he told while tryin to hide his smile.
"Hey Ash, where is Chris?" i asked,