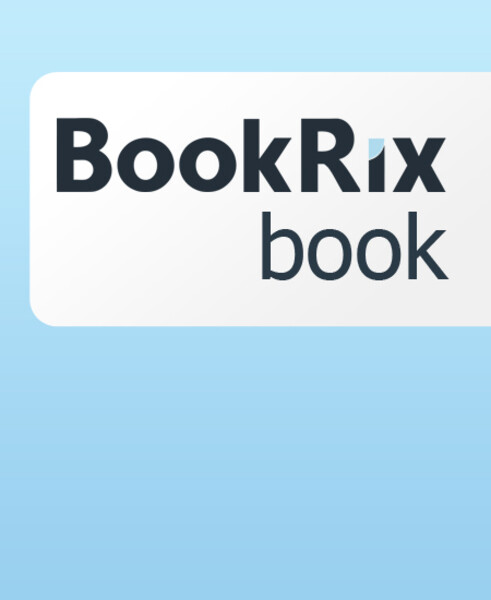 The Jack Russell Terrier is a type of small terrier that has its origins in fox hunting and rat catching. The name "Jack Russell" has been used for all of the several types of Russell terrier dog breeds but is now most commonly used for working terriers.

In Britain the name "Jack Russell Terrier" has been used to refer to a wide variety of dogs, including the Parson Russell Terrier, working Jack Russells, and the short-legged type of terrier (many of which are achondroplastic dwarves).

Jack Russell Terriers are predominantly white with black, tan, or tricolour markings, particularly on the face and at the base of the tail. They have small V-shaped ears that usually fold sharply forwards ("tipped" ears, as though tipped over), and strong teeth with a scissor bite.

Jack Russell Terriers have a dense double coat that appears in three varieties: smooth coat, where the topcoat is very short (approx. 1cm) and stiff; rough coat, where the topcoat is longer (as much as 10cm long, though usually groomed shorter); and broken, which is used to describe dogs with topcoats of intermediate length and dogs that have longer coats only on some parts of the body (always on the face, frequently on the head and back, sometimes extending to the shoulders, occasionally everywhere except the legs).

Tails are straight, six to eight inches (150–200 mm) long, held high and upright. Traditionally, tails are docked to around five inches, the length of a hand's grip.

The breed has a sturdy and robust appearance and an outgoing character; breed standards emphasize that the Jack Russell must have a "keen expression".
Jack Russell Terriers are considered an intelligent, high-energy breed. Despite their high-energy, they are often considered one of the smartest dog breeds in the world, thus their common appearance in television and movies. Their compact size, friendly and inquisitive nature, and intelligence make them popular as pets. Built for speed and strength, they will always be ready to play. However, they require consistent training and a good deal of attention and exercise to maintain their temperament and to occupy their minds.

Jack Russells who are not trained on a consistent basis, or are not exercised regularly, may occasionally exhibit aggressive or unmanageable behaviour, including excessive barking, escaping from the yard, or digging in unwanted places inside and outside the house. In America, several Jack Russell rescue networks have to work constantly to find temporary and permanent homes for JRTs whose owners could not meet these requirements for keeping JRTs as house pets. Prospective Jack Russell Terrier owners are advised to do their homework.

The Jack Russell is a working terrier.2] Terrier work requires a dog that will bark at prey so that the dog can be located underground and dug out if necessary. As a result, JRTs are most definitely vocal dogs. They lack the nervousness that makes so many small dogs "yappy". JRTs rarely bark without good reason, but that reason may not be readily apparent to those who do not have the ears and eyes of a Jack Russell Terrier.

Most JRTs easily mingle with children, though they do not tolerate even unintentional abuse. Most are outgoing, and very friendly towards other dogs, but a good number show same-sex aggression issues. Some JRT's exhibit a "Napoleon Complex" regarding larger canines that can get them into dangerous situations. Their fearlessness can scare off a larger animal, but their apparent unawareness of their small size can lead to a lopsided fight if not kept in check.
A well-cared-for Jack Russell can live for over 15 years. One main health concern is cataracts. They are often seen in dogs bred by backyard breeders or puppy mills who have not CERF tested the breeding stock they use. Other concerns are Lens luxation, congenital deafness (responsible breeders will have their dogs BAER tested), Patellar luxation, cerebellar ataxia, Legg-Calve-Perthes Disease, and von Willebrand's disease.
ussell terriers were first bred by the Reverend Mr. John Russell, a parson and hunting enthusiast born in 1795. In his last year of university at Oxford he bought a small white and tan terrier bitch called Trump from the milk man. Trump was purchased based upon appearance alone. (Burns, 2005) She was the basis for a breeding program to develop a terrier with high stamina for the hunt as well as the courage and formation to chase out foxes that had gone to ground, but without the aggressiveness that would result in their harming the fox, which was considered unsporting. The line of terriers developed by John Russell was well respected for these qualities and, his dogs were often taken on by hunt enthusiasts. It is unlikely, however, that any dogs alive today are descended from Trump, as Russell was forced to sell all of his dogs on more than one occasion because of financial difficulty, and had only four aged (and non-breeding) terriers left when he died in 1883. (Burns, 2005)

The only painting that exists of Trump was painted more than 40 years after the dog died, and it was painted by someone that had never seen the original animal at all. Russell said the painting was "a good likeness" but in fact he may have been trying to be polite, as the painting was commissioned by Edward VII (then Prince of Wales) who befriended Russell in his old age, and had the painting done as an homage to the old man. (Burns, 2005)

On the day that the impoverished Rev. John Russell died, his old sermons and other papers were found blowing around in the farm yard. Little or no written record of Rev. John Russell survives to the present day.While it is often stated that Trump was "14 inches tall and weighed 14 pounds," there is no source for this statement, and it appears to have been penned by someone who had never met Russell and only seen the painting of Trump (to which there is nohing to suggest scale). (Burns, 2005)

While Trump's appearance is murky, and her size a complete mystery, the fox dens of Devon, England, where John Russell once hunted, are well known. Terrierman Eddie Chapman, who has hunted those same Deveon earths for more than 30 years, notes that "I can state categorically that if give the choice, ninety-nine percent of hunt terrier men would buy an under 12" worker, if it was available, over a 14" one." (Chapman, 1994). To this day most working terrier enthusiast seem to prefer a dog around 12 inches tall and with a chest span of around 14".
The first split between the many types of Russell terriers available today may have occurred early in their history with dogs being sold by the sister of John Russell's kennel man. These she described as "Jack Russells" but they may not have been part of the line of terriers developed by John Russell. Instead they may have been shorter-legged working terriers of variable heritage.

Later, around the turn of the century, the secretary of the Parson Jack Russell Terrier Club, Arthur Heinemann, bred a strain of terriers for badger digging. These needed the brave character and endurance of the Jack Russell Terrier, which were crossed with Bull Terriers to give a stronger and harder dog with shorter legs than the original type. Again these were described as "Jack Russells," though Heinemann himself was born years after the Rev. Russell had died.

Along with these changes, the Second World War had a great impact on the breed. Sporting dogs were needed less and the numbers of working Russell terriers were drastically reduced during these years. The original working Russells often became family dogs and were crossed with other popular family dogs including Corgis, Chihuahuas and terriers such as the Fox Terrier and the Staffordshire Bull Terrier. These crosses resulted in changes in form and function and led to a new type of short-legged terrier with a variable conformation. It is this form of the descendants of Trump that are now known as "Russell Terriers", "shortie Jacks", or "Puddin' Dogs".

The original longer-legged forms were also preserved and, in England, were called "Parson Jack Russell Terriers". This form was recognised by the Kennel Club (UK) in 1990 and gained provisional recognition by the international breeds association, the F.C.I, in the same year. The name of the breed was changed to "Parson Russell Terrier" in 1999 by the Kennel Club (UK) and gained full recognition by the F.C.I under this name in 2001.

Working terriermen tend to select breeding pairs based upon size and temperment. As even the largest quarry worked with Jack Russells reach a maximum chest diameter of about 14 inches, this is generally the largest chest that working terriermen will tolerate. (Burns, 2005) It is likely that the differing approaches to breeding and the restricted gene pool of the registered type will result in divergence between the types, possibly leading to two very different breeds as has happened to other working breeds following kennel club recognition.

Because of the recent nature of these changes there is still considerable variation in the names used for the different types of dog. Additionally, controversy over registration, conformity to set standards and breeding restrictions may still lead to other variations in the naming and classification of these dogs.
The Jack Russell's endearing facial expressions, feisty personality, and cuteness make it a natural choice for television and the cinema. Some famous Jack Russells include Wishbone the title character of an extremely popular and award winning children's television series in the United States. Wishbone was played by the late Soccer who died in June 2001 at 13 years old. Also there is Milo from the hit movie The Mask played by Max, Rimshot from the comical Ernest P. Worrell movies and Bijoux the policeman-hating dog from Hooperman. There was even a Jack Russell in the movie Crimson Tide, and in the movie the character played by Gene Hackman introduced the dog breed as one of the smartest in the world. Moreover, there is also a Jack Russell called Flike in the well-known Italian neorealist film Umberto D., who is depicted in the film as the main character Umberto D.'s only friend. In the movie, Problem Child 2, Junior's grandpa had a Jack Russell named Nippy.

Some Jack Russell Terriers have near-superstar status, including Eddie, the clever, irrepressible dog belonging to character Martin Crane on the sitcom Frasier. Eddie was played by the late Moose, who died in July 2006. Later in the series, Moose had a stunt double; his son Enzo stepped in for the more physically demanding tricks to spare his aging sire. Moose and Enzo also appeared in the movie My Dog Skip. Also prominent is Soccer, the dog star who portrayed Wishbone, a veteran performer with many television commercials to his credit. He reportedly hated swimming and had two stunt doubles and a body double. A rough-coated JRT also played on the sitcom Gilmore Girls for only a couple, if not only 1, episode. Another rough-coated JRT, Ruffian who played Bob in the movie When Night is Falling, in which, he died but returned to life at the end.