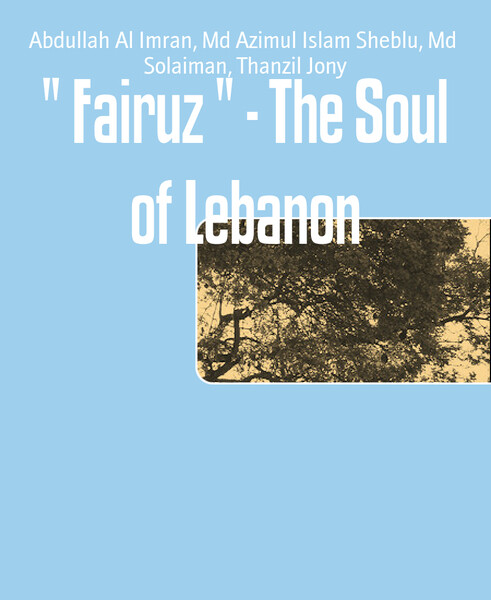 Fairuz - The Soul of Lebanon

One of the sources of Arabic music is the Arabic speaking countries of the Middle East. Thanks to the Internet, many Arabic music artists are now well-respected internationally. Several Arabic songs have also become extremely popular worldwide. Although the world of Arabic music has been dominated by many musicians, the biggest name among the living artists is probably the legendary Arab singer Nuhad Wadi Haddad, who has a permanent seat in the Arab mind under the name of Fairuz.

Fairuz was born in Beirut, Lebanon . Father Wadi Haddad and mother Liza Bustani are the eldest of four children. He was born on November 20, 1935.

Fairuz's father worked in a print shop. Their ancestral home was in the hills of the village of Dibiyah in the Chof region of Lebanon. Haddad moved to Beirut in the hope of prosperity if he was suffering from poverty there. This is where Fairuz was born. Then Haddad and Lizar came into the world one by one with Huda, Amal and Joseph. Among them, Huda later chose music as his profession like Fairuz.

Fairuz spent his childhood in Beirut.

Fairuz's father never abandoned his relationship with the village . Sometimes he would go to his grandparents' house with the children. Far from being in the middle of nature away from the city, Fairuz's singing continues to evolve. Occasionally he sang for family and neighbors . He preferred to sing