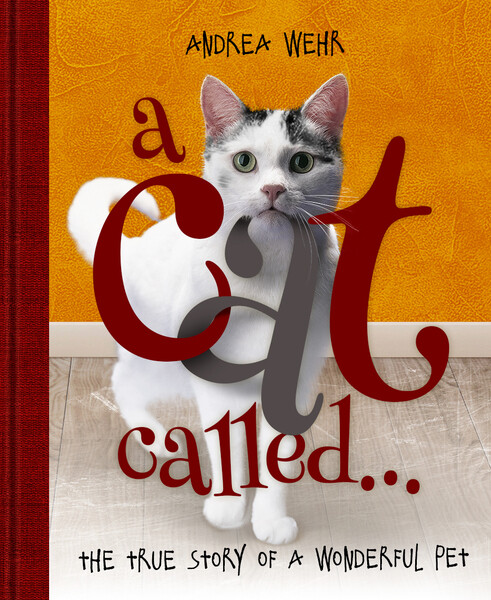 “We can call it Flo, short for Florence!“

The Jones’ family was having dinner. Dad Jones, Mom Jones, the 10-year-old daughter Anne, her eight-year-old sister Meena, and the five-year-old-brother Jon. The row between Anne and Meena was getting worse.

“You only like the name Tim because you think that guy in your class, Tim, is so cool!“

Mom Jones looked at both girls with a questioning look, “Who do you want to call Tim or Flo?“

The girls first looked at each other then at their mom.

“The cat!“ exclaimed Meena resolutely. She added, “In fact - my cat - which I am going to get for my birthday!”

“Her cat, which she is going to get for her birthday!“ Her sister Anne supported. “Next Monday.“

Mom Jones raised an eyebrow in surprise. “A cat,“ she said, frowning.

For a moment Jon stopped shoving food into his mouth and said, “Great! A cat! What does it look like? I’m all for the name of Tim.“

Mom Jones interrupted him, “You’re not actually in favor of a cat, are you? Well, I’m against it. A cat constantly sheds fur.“ She could actually picture the scene: a sofa covered in cat fur. She shuddered at the thought.

“And then there’s the matter with a smelly cat litter tray!“ Mom Jones wrinkled her nose.

“We’ll clean it every day, we promise!“ Meena was very excited. At least her mom was discussing the “cat subject” and hadn’t said no immediately.

The father thought it over. “We could put a cat flap into the terrace door. That way it can come and go as it pleases and there is no need for a litter tray.“

“If we let it outside, it will be covered in fleas! Or even worse, it’ll bring us dead mice!“ Again, Mom Jones shuddered.

“It’ll be treated with flea medication and we’ll do away with the dead mice,“ promised Anne.

“Cats scratch on walls and ruin the wall paper!“ Mom Jones was not giving up.

“They don’t if you provide them with a scratching post.” Again, Anne was not at loss for words. She hadn’t read two cat books for nothing.

“Well, you all seem to have made up your minds already!” Mom Jones glared at Dad Jones. “Did you discuss this with them before today?“

He defended himself, “No, it’s new to me, too.” Then he continued, “But as a child, I loved our cat. I rather like the idea of having a cat in the house. You can pet it, and they purr so comfortably and then you feel so relaxed.“

Anne and Meena looked at their dad thankfully. They hadn’t expected support from him.

“And pets are very important for kids! You know, taking care of another creature, stuff like that. Even our teacher says that,“ added Anne helpfully.

Mom Jones was shaking her head. “We have one pet rabbit, one guinea pig, three budgies, and an aquarium. You guys have enough pets!“

“And we take care of them all very well!“

Mom Jones still wasn’t thrilled with the idea; she was frowning.

“Give me some more time, please.“ A slight smile was forming on her face. “I’ll think it over till tomorrow.“

The children looked at each other triumphantly. The first hurdle was taken.

Finally, on Saturday afternoon, Mom gave in. Meena was allowed to have a cat for her birthday. The family had even decided on a name for the new family member: Tim for a boy-cat, Florence for a girl-cat. And Meena herself got to choose the kitten – it was her birthday after all.

On Sunday morning, Meena and Anne took off on their bicycles to pick up the kitten. Last night, they had noticed an advertisement in the paper, which read, “Kittens to be given to a good home. No charge. Ten weeks old. Already litter tray trained.“

The girls had called the number given in the paper and agreed on an appointment to look at the kittens. They took a large basket with them in which they were planning on transporting the kitten home – the basket being fastened onto the carrier.

Anne was looking at the name sign on the door. “Here it is: The Arnold’s.“ She rang the bell.