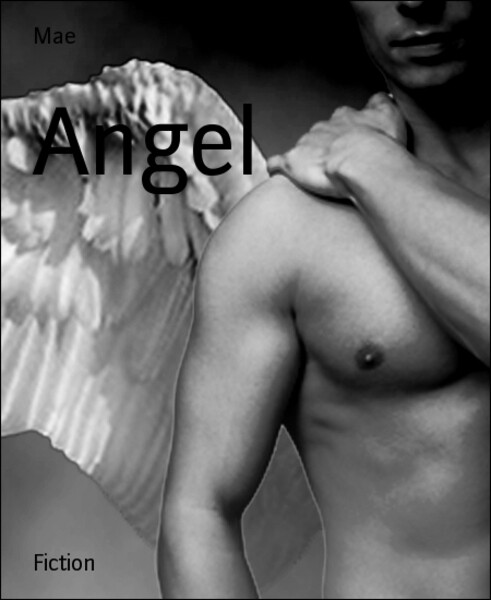 Angel watched as Marie spun through the crowd. He was completely engrossed in watching her until he noticed movement to the left of her. He had to be careful, she held the future of mankind in her hands. As well as his heart and soul, no pun intended. If Demons got her, the world would end as it had so many times in the past. This time was her last time though, everyone is recycled only six times. This is hers.
Marie smiled at the demon as he sauntered up to her. She knew this one, the realization hit Angel hard. She was too trusting, in this life and the five before. Even with a mask on she was radiant and moved as graceful as any of the angels. Angel found himself smiling at her as she paused to look at him.
"Angel, get your head in the game. We need her, and you can't be getting all hung up in her. You're an angel, not a demon," Jules whispered to him.
"I got this. We need to get the girl to trust us, do we not," Angel demanded not taking his eyes off of Marie as she twirled subtly towards the two angels.
Her hair shown like the red sun before it set. Her smile was brighter to him than the sun and moon combined. She was a small girl, but she made up for it with her kindness and heart and spirit. A birthday hat was on her head, holding back her waist length hair from her face.
Marie's face glowed as she offered him an appitizer. In this life, she was only a servant to a cruel family. On top of that she was a gypsy, as she was in every lifetime and every lifetime she was looked down on because of it. It never got her down in the dumps though, not once.
Guilt washed over Angel as he watched her speak softly with guests. No one yet knew how she was going to bring about the end of the world, or its salvation. It was an unsolvable mystery until the time came, as it was every time.
"My lord, may I sneak by you," Marie's voice penetrated his thought.
Her voice startled him, as it had so many times in the past. Her voice always sounded soft and she never raised it. The only problem is that he mustn't speak to her until the time is right or risk everything.
Though when she speaks to him, he forgets everything and puts her life in jepordy by replying. He stared at her, wondering what was different this time. She never aproached him before. Jules tried to hide her gasp in a cough as she noticed too that something was wrong.
"Angel," she asked as recognition flashed in her eyes.
This is really not good,

he thought as she turned and fled.
"She....she remembers," Jules panicked.
"No one remembers," Angel said gruffly before following Marie.
He kept his pace slow, trying not to draw attention to the fact that he was chasing her. He found her at the end of a long hall facing him. Her face bright with success and curiosity. She moved into the room and waited for him.
"So it is you," she exclaimed as he entered the room.
"How do you remember, it's not possible," he whispered as he knelt beside her.
"I don't know. When I saw you I instantly knew who you were. I know that sounds corny, but I've dreamed about you day and night. I've dreamed about what you'll have to do if you stay on Heaven's side," she whispered in a dreamy voice.
Suddenly Angel felt like falling asleep as he listened to her soft voice. Wait, never in any of her lives had she been against Heaven. Anger coursed through Angel as he grabbed her by the throat. Marie cried out as he slammed her against the wall. He watched as Marie's face slowly showed relization.
"So, you agree with Heaven to kill me," her voice was like a daggar in his chest.
"What are you talking about," Angel demanded, barely keeping all the pain from his voice.
"Ask your friend," she gasped, her face going purple.
Angel dropped her and turned away. The look on her face was killing Angel, shooting him in the soul he claimed to have. He couldn't bear to look at her, she wasn't the real Marie unless the game had changed. Angel's heart cracked as he heard Marie sniffle quietly. He turned and saw the salty tears run down her face. He opened his mouth to speak but couldn't find the words to say.

Angel's supersonic hearing picked up the thwack of a bow being launched from an arrow not to far away. Angel whipped his head towards the sound and caught sight of Jules holding a bow and an arrow spiraling straight towards Marie, who still sobbed quietly. Without thinking, Angel caught the arrow as Marie looked up. The arrow was barely an inch from her chest, where it would've killed her.
"Come on," Angel told Marie pulling her off the floor and dragging her behind him as the sound of wings filled his ears.
Marie came without a fight, running behind him as the two raced down the corridor. The sound of arrows filled the air as they barely missed the two. Angel almost dragged Marie behind him as they raced through an open door.

Text: The photos were provided by Bookrix. All the story is soully written by Mae. It was written in 2011 and not finished until
Publication Date: 04-13-2011

Dedication:
Thank you to my wonderful friends and family. The wonderful people who tell me about my good sense of humor and great story telling.