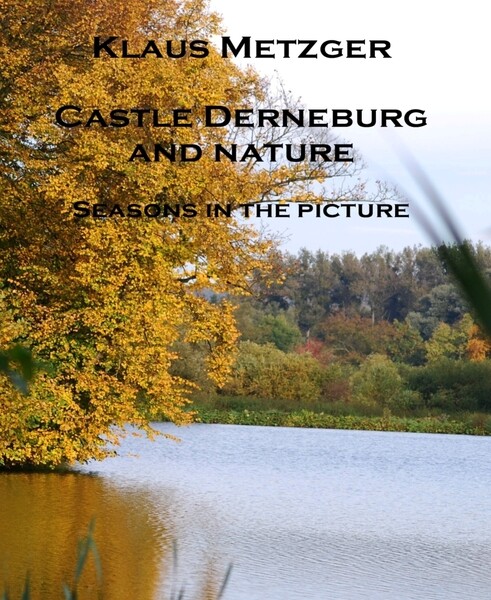 Spring awakening at the fish ponds 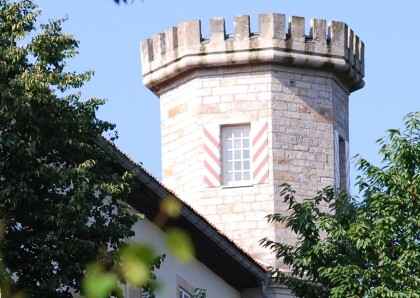 Since October 2011, I have photographed at regular intervals during my walks on the Lawes-Path around the castle Derneburg with my camera nature. End of January 2013 (it had fallen into enough snow) was my picture collection complete for the first e-book (picture book) on "Schloss Derneburg und die Natur".

In the meantime, another year has passed and I have now designed with the existing image material a continuation picture book (part II). This time I placed special emphasis on nature pictures I 've taken around the castle Derneburg. Detailed information and pictures of the castle Derneburg there are first illustrated book. 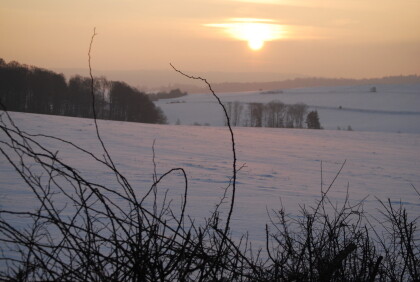 I can still very precisely on Saturday , 26 January 2013 remember. It was very cold (minus 7 deg . C) and there was plenty of snow. I was in terms of " Winter Pictures " on the road. On the way from castle to castle Derneburg Söder (about 6 km as the crow flies) I photographed on a snowy landscape in a beautiful sunrise . 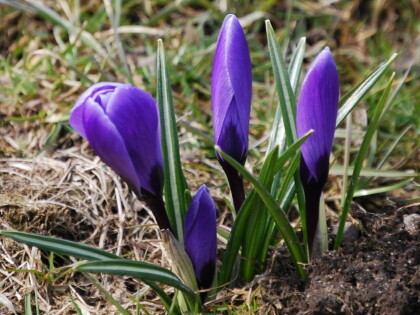 Beginning of April 2013 was no longer any trace of this cold. In the early morning the temperature was at minus 1.5 deg. C and then climbed against 10 clock at 3 deg. I was excited about the blue crocuses and the spring snowflake, which I discovered on my trail to the fish ponds . 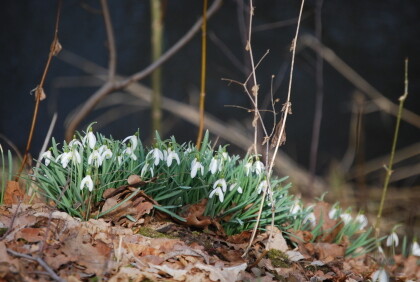 In all the years that I am now in this beautiful countryside along the way, I always had the idea once fly away on a rented (Gyrocopter) over the castle Derneburg with the pilot and take pictures from above. Since the beginning of my international travel (1972 to South America ), it always meant to me a special pleasure to take aerial photographs from the plane. With the photos, I designed an interesting book "Unterwegs mit dem Flugzeug". Therefore I was not surprised the military machine that thundered away in early April about the castle at low altitude. Maybe the pilot was also happy to visit the castle from the air? 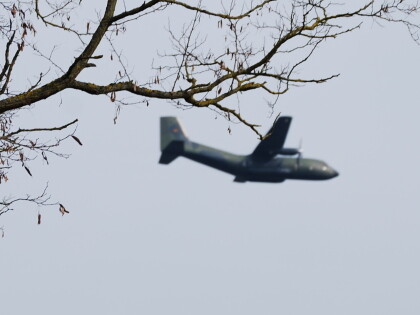 Already numerous guests had gathered at the fish ponds that had taken their places on the branches of the trees on the islands of the Mariensee. In the first place there were cormorants, which had arrived. They are very unpopular with the tenants of the fish ponds, because they can not fully grasp the carp in the lake, but eat them size holes in the back. The sales opportunities at the end are reduced. 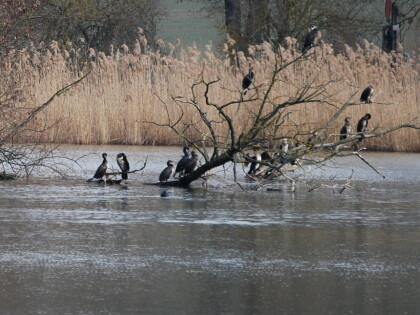 Birds and sheeps in May

On 8 May 2013, there was already a very pleasant temperature of 15 deg. C to the fish ponds and nature showed its most beautiful colors. I discovered several birds in the bushes and tried to take sharp photos. This task was not easy . First, a great spotted woodpecker, which confused me, because the first time I heard his hammering and then he was gone. This time, I managed to photograph his outline behind the leaves . 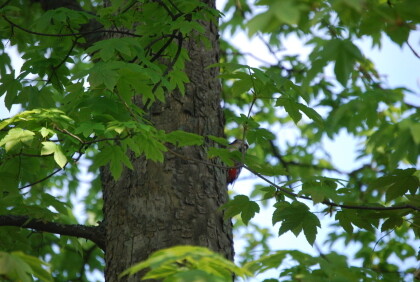 The nuthatch made ​​my life much easier. I already had the opportunity (upside down) to photograph him in a vertical position on the stone wall at the mill ditch. This time he was so busy with the search for food that he noticed me at all. 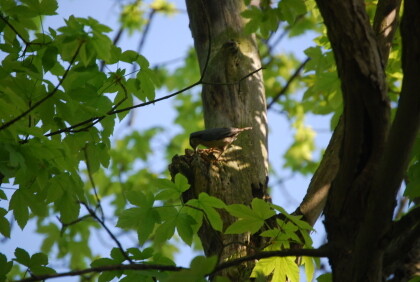 The nuthatch while foraging

Normally, the sheep graze on the land between the railway line and the small river Nette. There, I've already repeatedly encountered and made ​​beautiful photos with my camera. This time they went calmly on the opposite side of the Mariensee along the shore. 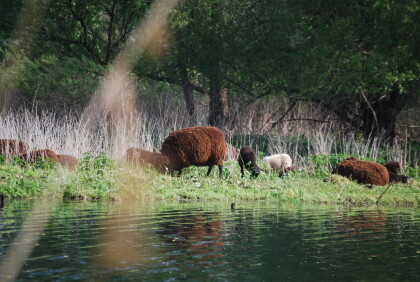 Time for the cherry harvest

In July, the cherries were in the area ripe for harvest. I photographed this close to Derneburg castle - but the best cherries, there were at that time below the Wohldenberg on a farm road. A year ago (2012) I had discovered these trees. 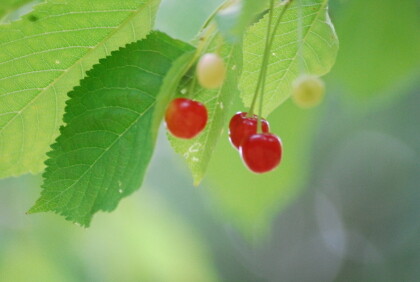 Cherries ripe for the picking

Opposite the entrance to the castle Derneburg there is a black wooden hut. Prior to that, several banks. The area is mowed regularly by the workers of the municipality Holle and you can sit there undisturbed - with a clear view towards the "cemetery Derneburg" or Hackenstedt. Since the banks are all year outdoors, the boards can also lazy. The matching "Still life" I have taken. 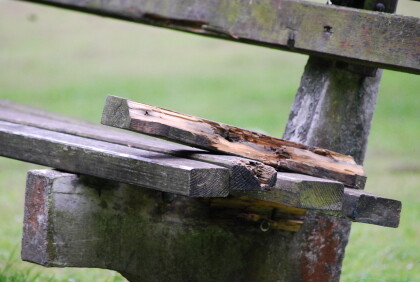 Damage to the bank

The colourful flowers and their visitors

In mid-July, I was back at the fish ponds on the go. At a certain point before the old mill (1598) of each year Spring grass. It is up to 2 meters high. In its heyday, these perennials have very assiduous visitors. It is a real pleasure to look at the camera after motifs. 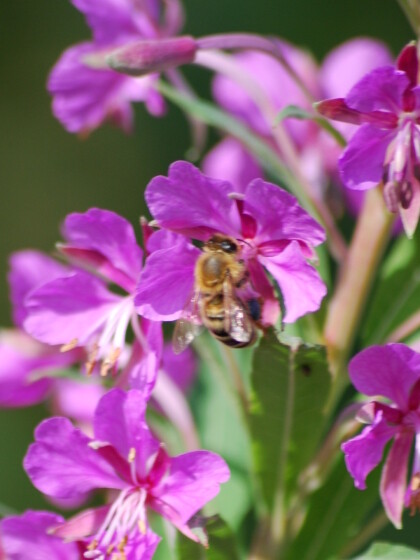 Visitors to the Spring herb

Not too far away from the mill, there is another attraction: ball flowers! They also are every year at the same place next to the house at the dog pond. Now, these are not so frequently visited, so I was excited about the particular snapshot. 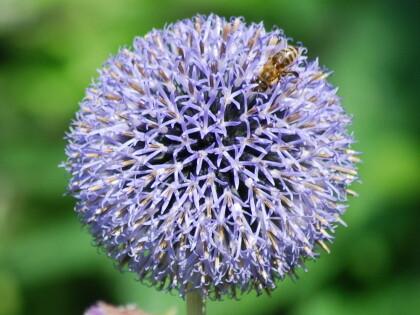 The animal life on the Mariensee

The end of July was the activity on the Mariensee again my interest. The Cormorants were still sitting on the branches - patiently for fish on the lookout. A lone swan swam over to the shore. In my picture book "Wilde Schwäne auf den Fischteichen" I have dealt in detail with the life of swans. 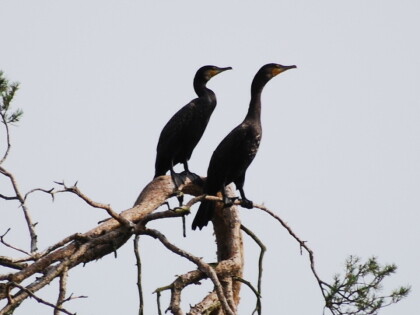 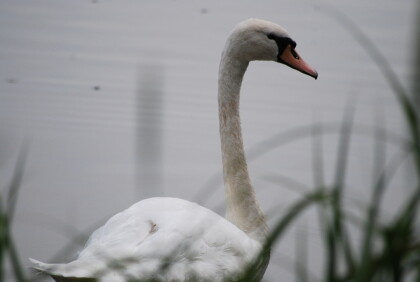 The beautiful and bustle of the butterflies

Mid-August 2013, I discovered on the wall (where the ball flowers bloomed) a colorful butterfly which bears the distinctive name "Little Fox." He has also found its place in my photo book "Bunte Schmetterlinge in schöner Landschaft". 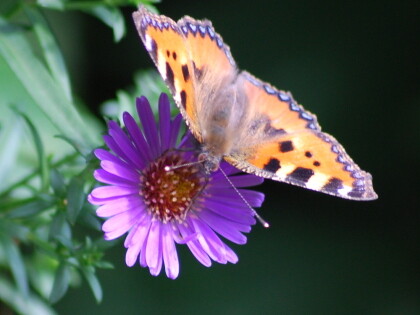 The autumn than impressive season

The summer of the beautiful flowers and flowers slowly said goodbye and the fish ponds of the mid-autumn in October 2013 created a whole new landscape with lots of colorful leaves. For me, the fall in this exhilarating landscape is the most beautiful season. 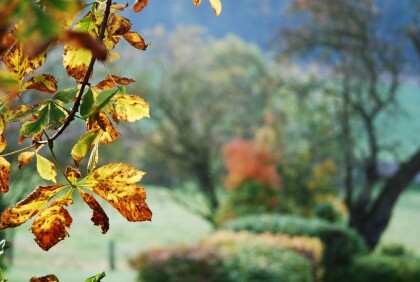 Autumn at the Glass House 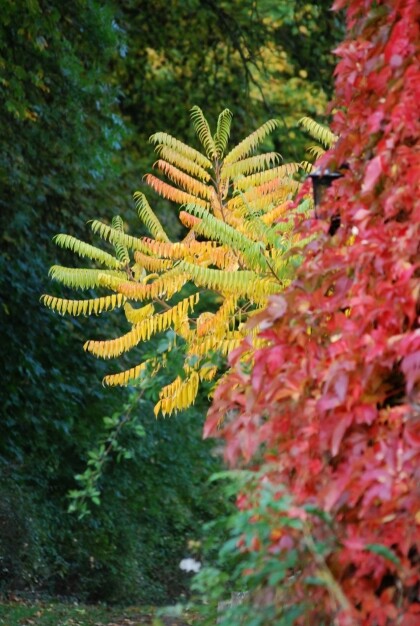 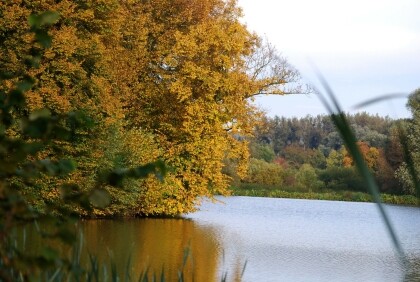 The colored forest in November

The end of November it had become chilly. In glorious sunshine, the temperature was minus 3 deg. C. This time I found the trees at the black wooden house particularly impressive. The banks with the concrete table this time took my interest. For sitting but this is no longer an invited at the low temperatures. 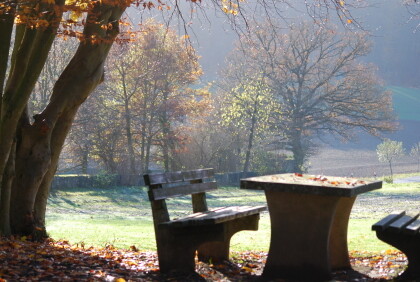 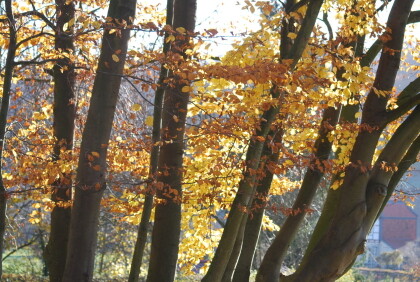 Castle Derneburg in the mist 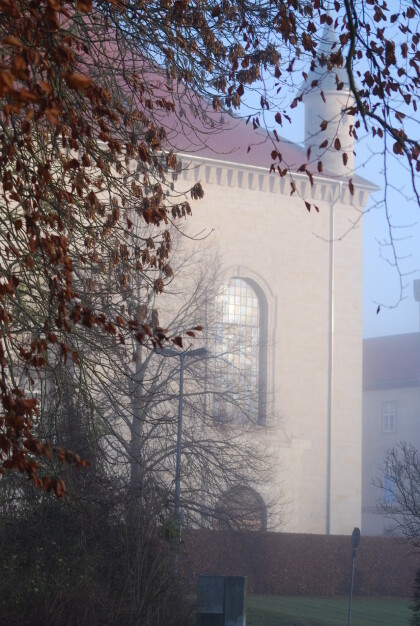 Castle Derneburg in the fog 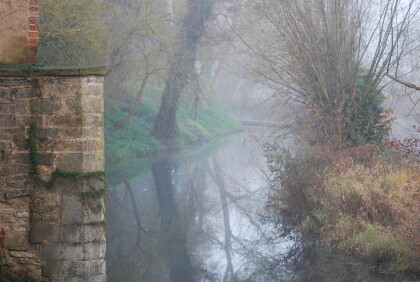 At the mill pond

The carp sale at the end of the year

The year 2013 came to an end and it was again time for the sale of carp from the fish ponds. For this, the water is completely drained in order to catch the fish. So here an old tradition is maintained, because the fish ponds were built by the Cistercian monks (from 16th century). End of January 2014 get me very beautiful "Winterbilder". Maybe they are the raw material for another picture book No. III? 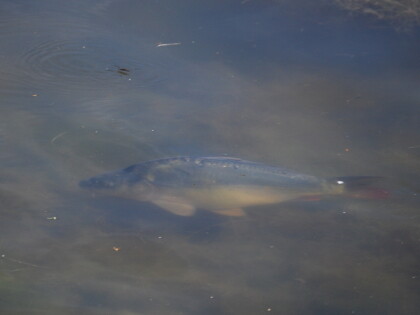 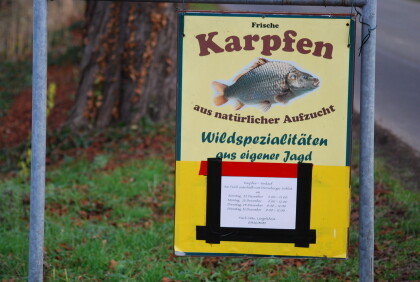 Plaque for the carp sale 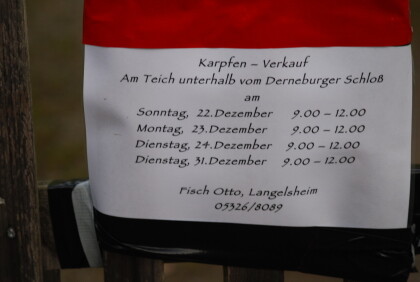