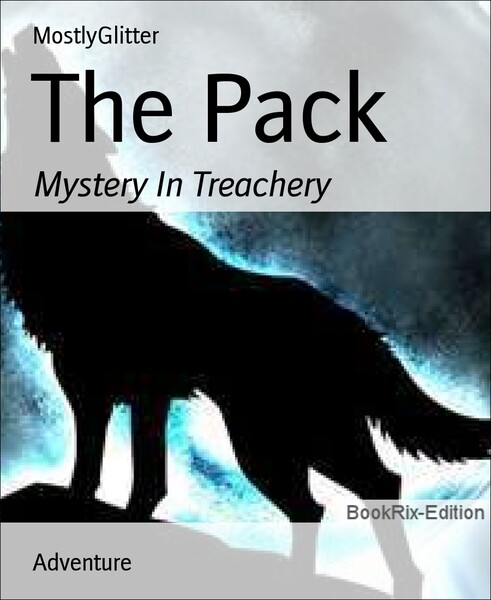 
I tried to catch some sleep that night. Thoughts of the bone kept keeping me awake, and so I finally gave up and trotted out. The morning was shedding its coat, leaving soft droplets of water on the grass. I could hear birds chirping, few crickets, and a lone wolf howl in the distance. (Hey! My first rhyme ever! At least, I think.) I smiled a little, just barely noticeably, and walked down the now dry stone tunnel, careful of my feet. As I walked down the Shimmering Moss Path, I couldn't help but hear whispering. Interested, I rounded the tall island of the many in the valley and jumped up the meter high cliff, got over the hole, and dangled my head down.
"Hey! How's your morning been, boys?" I said as soon as they saw me. When I saw them jump, I smiled, and hopped down, turning back to look at them. "Mind if I come in?" I asked, as I wiped my paws on looped pine needles which were weaved into some bridged hay.
"No, ma'am." The tallest of the nine answered, and I noticed he was remarkably way more good-looking than any wolf I'd ever seen. Including my own mate, Blaize. I'll give you a quick snap shot of the whole bunch.

That was the hotty. Next is Me. Yup, I'm using the pretty one. I mean, wouldn't you? 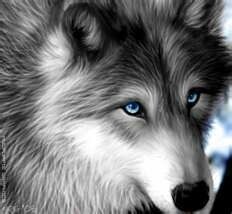 Yupness. That's me. Now for Blim. 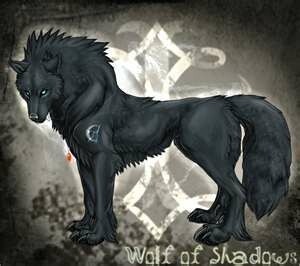 Shadow-like Handsom, eh? I agree. (Don't tell Blaize!)
Speaking of which, here he is. On the next page, that is.


There ya go. Now, back to the good stuff.


"And who might you be?" I asked, brushing my tail against his nose. I could tell he was trying not to fall in awe of my beauty.
"Incedious." He said back, (fyi he doesn't have the wings, just everything else,) Staring straight into my eyes. I was impressed. No one could do that, not even 'lord Blaize'.
"Impressive. As you probably already know, I'm Aria. Your leader. And you, my dear, are a fine young man..." I said, wondering how much I could mess with him, walking past him, curling my tail over his nose. "Quite a nice specimen of a high blood line. Whom is your father?" I asked, and I rubbed my nose against his.
"Flink. What do you want?" Incedious asked, looking at me blankly. I replied, "what were you doing, why, with whom, and what was it for?" By now all the rest of the group had disappeared. I, using my charm, lay my tail delicately over my small, cat-like paws. I could be pretty and girly when I wanted, and I also could be a bad-ass bitch. Mostly I was, but whatever. I sat, waiting for his answer, and for the hinting in his voice that showed me that he was impressed by the way I used a honey-suckle sweet voice, but then again with a B.A. tone question.
"Nothing."
I glared, and then stood up with a lop-sided smile.
"Then I'm sure you wouldn't mind telling me what you were saying and why you got all tense when I came in." I sat down, confidently, and then looked at him. "Well?" I asked, hinting a little impatience.
"We were... uh... talking about how great this pack is." Incedious replied.
I stared at him, clearly amused. I was going to get the truth out, whether by intimidation, cruelty, banning, or charm, I wouldn't get him off the hook just like that. I blocked his may of exiting by laying in front of the entrance, for I knew it is extremely rude to step over an Alpha.
"What was that hint of amusement there, son?" I smiled, stretching out farther in his way.
"Listen, wolf, I don't want any trouble. Now leave." I smiled as he said so. For just as I stood up, Blim was there. Snarling.

I hope you readers know much about wolf code. For it is a huge threat for a wolf to say something like this, especially if the victim being conflicted of these words is a female Alpha. Let alone if its a female ANYTHING, and so there is always a male bodyguard or whatever around the female. And this time it ever so happen to be that Blim loves early peace.
I smiled, and left the boys to deal with it, while I went to the small whole-of-a-den I made, smiling as there was a note from the pack on the gigantic bed I had made. But what did not make me happy was that a few pesky coyotes had decided this was family reunion time. I snarled at them, and leapt into the crowd. I couldn't tell you what happened next, but all I can remember was blood


I woke up in a haze, and found two amber wolves looking at me with concern. I tried to sit up, but found a third wolf nudging me down. I snarled.
"Let me see where I'm at." I growled, but was replied by another growl. I stood, and that was it. The wolf threatened to bite, so I lay down. That was when I realized I had been captured. Stupid, I thought, sighing. Those weren't coyotes, but merely smaller wolves. The enemies of every wolf pack, at that. They wanted me for pups. I figured this would happen soon. they told me to stand up, and when I did, a wolf came, clearly into me. I snarled, and they backed up, but then came again. Sniffed me. I whipped around, slashing his eye. They stumbled, but then got up, and I heard a human come and throw a vine in the air, and as if they controled thunder, it boomed through the land. I whimpered, and the wolf did, too, telling me that they were sorry, but they had to. I growled at them, clearly understanding the human didn't know I was wolf. I leapt at the human, knocking them down, and bit down on the big blank spot over the flat, forward-facing eyes, until I heard an earsplitting crackle. The movement stopped, and I released my jaws. Other humans surrounded me, all with the same vine that split the air violently. I heard a squeal, along with shouting, and then pounding.

The little girl bawled as the animal control tightened around the majestic creature. Daddy had said she could keep her, and that that was a promise. Well now what. Pounding on the door, the little red-headed, big brown eyed girl leaped on an animal control person as if she could feel the wolf's panic, after she had knocked down the door and flew through rain and mud. The wolf looked confused for a split second, and both felt an unusual... understanding. Then Acret, the little girl, flew through the air, landing an inch from the wolf, then curled it in her grasp, and shouted, "you have to kill me first!"
The chaos stopped. Noise stopped. It was like the big grandaddy clock in her house had stopped ticking. Acret steeled herself for a whip, but no one twitched. All was still, except for the splatter of rain. Girl and Wolf were combined. Connected. Nothing else existed. The other wolves shrunk away into the sheds. Other people backed up. Both girl and wolf untensed, and turned to face each other. Although Aria was ten times bigger than the girl, both seemed the same size. Acret let the animal loose of her embrace, slowly, but the wolf didn't move. It seemed relaxed in this humans presence, the humans warmth and safety. Never before had this happened to the little girl. She, too, felt the same way. She didn't want to leave the wolf. Wolf, for heaven's sake. But Acret didn't care. She felt safe and whole, for once, but God still was there, telling her to leave with the wolf, to run free with it, to eat with it, to go into labor like it does, to be wolf.

Acret smiled at the wolf, let go more, and ran out, on all fours, as if it were natural, and did so with no awkward movements. Aria did, too, and led her to home.

Blaize did not agree with me that a human could have pups like a real wolf. I just sighed.
"Why not?"
"Well, they don't have the right... well..." Blaize trailed off, not wanting to be inappropriate.
"We can turn her, ya know." I replied, as I seasoned the food for tonight in a kitchen-like area.
"I know... but I don't want to do it." Blaize replied, turning a little bit of a green. I laughed, and then let him bang his head against the wall, the peak one eye open at me. "I have to do it, don't I?" He asked, more of a dull complaining way than a question. I shook my head, and said, "Incedious does. It's his... well, halfway punishment." I snickered. "Besides, she is twenty-two, his age." I added, smiling at Blaize.

Acret backed up as the wolf came closer, trying to turn her wolf. Sure, she wanted to be wolf, but wanted to be turned... another way. But, then again, she know there was none other way. So, she gathered courage, but was blacked out.

Dedication:
To wolves. Such beautiful creatures, and yet we treat them so vaguely.