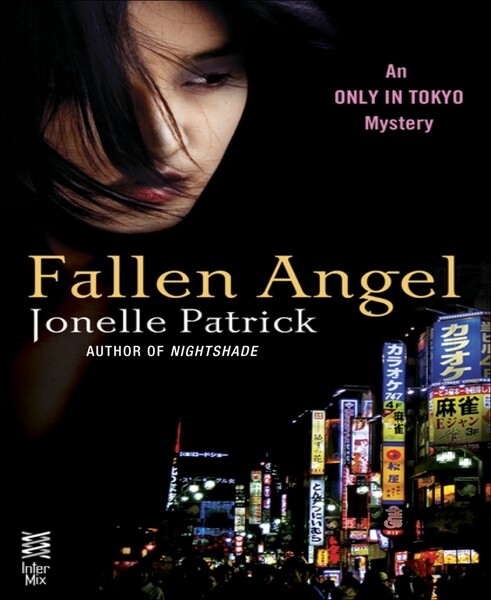 She stumbled out of the elevator and into Shinya’s arms. Safe.

The Milky Way twinkled above, thousands of tiny lights imitating the night sky. Mirrored walls overlaid with ornate gold script reflected the dark leather banquettes and multiplied the “stars.” Light pooled on the alabaster tables, leaving the customers and their hosts in shadowy privacy while illuminating the sparkle of bubbles rising in champagne flutes. Pop music throbbed, masking intimate conversations.

“Cherry-san? Are you all right?” Shinya asked, steadying her and peering at the smudged mascara under eyes still puffy from crying.

Stepping back, she hastily covered the bruises on her arms with her wrap. “I will be, after I freshen up. Is Hoshi…?”

When she emerged from the ladies’ room five minutes later, broken nail filed, makeup repaired, still limping a little, Shinya was waiting patiently with a hot towel for her hands. Hoshi must still be busy. She swallowed her disappointment, knowing he’d come as soon as he was free. Meanwhile, she didn’t mind having a drink with Shinya, whose beautiful features were spiced with just enough bad boy to make him almost as alluring as herfavorite. He smiled and escorted her into the club, where every table was occupied by women spending lavishly on dandies so handsome and charming they could make as much in a month as a salaryman earned in a year.

“Hoshi’ll be here shortly,” he apologized, ushering her to a table and seating himself at her side. “In the meantime…?” He cocked an exquisitely-shaped eyebrow at her, asking what she’d like to drink.

Cherry watched him mix her shō-chū and water, his elegant gestures making an art of the preparation. Offering it to her with a bow, Shinya made one for himself, then pulled out his silver lighter when he saw her digging for her Lucia Menthols. Flicking it to life near his chest, he extended it with practiced grace. Flame licked the end of her cigarette.

After her first calming puff, she began to relax. Men weren’t welcome at host clubs; if her pursuer had managed to follow her, he wouldn’t make it past Taiyo, who had taken Shinya’s place at the door.

And soon Hoshi would be sitting next to her, making her feel better. He always did. When everything became too hard, too complicated, she could always count on him to treat her like a princess. He’d lend a sympathetic ear, never say anything to hurt her, never make any demands on her. All she had to do was pay. She closed her eyes and leaned back against the banquette.

Here she could shut out all her troubles, at least for a while.

Jonelle Patrick divides her time between Tokyo and San Francisco. She’s been living in one place or the other for most of her adult life and speaks Japanese well enough to get in trouble everywhere from kabuki theatres to maid cafes. When she’s not writing the next “Only In Tokyo” mystery, she’s discovering new destinations for her website “The Tokyo Guide I Wish I’d Had” or writing about plastic food and How To Glue Your Eyelids on her “Only In Japan” blog.