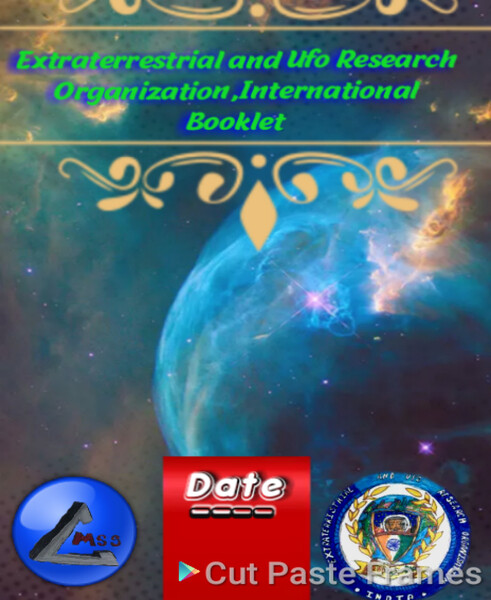 Note:(This booklet doesn't question about the Religion or Divine ie., God and doesn't want to hurt any one's emotion and sentiments)

Ezekiel was trained as a priest in God's Temple at Jerusalem.

Ezekiel said "I was living with my people who had been taken away to Babylon.I looked upon and saw a storm coming from the north.The sky around it was bright and something shone like bright metal.

But each of them had four face and four wings.Their legs were straight and they had hoofs like those of a bull .They also had human hand under each wing.They spread out two wings to form a square with their wing tips touching.They covered their bodies with the other two wings .Above Their heads there was something like a sparking dome.(lines skiped)Above the dome there was something which looked

like a man of the throne made of blue saphire.There was a shape on the throne that looked like a man.It shone very bright light.

The main question is who

Were they a specie

intelligent than humans or

Where are they now? What ever the reason might be but why was their craft using a cloud camouflage?

These creatures can be a divine beings"angels" or a

The Roswell Incident is the most popular and the most important UFO crash incident .

Roswell is a small town located in New Mexico,USA.

In the year 1947, residentials of Roswell reported their is a crash.It was June 1947 when this happened, at midnight some sort of a craft had crashed in a small farm in Roswell.

the news of the Ufo being

crash was in the

tried to shut the case by

the craft which had

crashed that night was not

a Ufo but a weather

But in the year 1998 when the Ufo Research Organizations had become more active, the locals of Roswell and the owner of the hangar where the debries of the crashed

craft was stored came forward and stated that the craft was not a weather balloon.The owner of the hangar also mentioned that he saw the dead bodies of the"Greys". who were killed in the accident.

After his statement many government "TOP SECRET" files were leaked that proved the truth of the locals.One of the files, states that the wrekage of tge Roswell ufo was sent to the Wright Patterson Air

Base for the further reverse engineering and research.

As per the file there were many programmes that were started under the name of national security. Programmes:

An another important UFO crash was reported near an air base in Kapustin Yaar in Russia.

HIGHJUMP’s objectives, according to the U.S. Navy

report of the operation, were:

Training personnel and testing equipment in frigid conditions;Consolidating and extending the United States' sovereignty over the largest practicable area of

the Antarctic continent (publicly denied as a goal even before the expedition ended);[3]Determining the feasibility of establishing, maintaining, and utilizing bases in the Antarctic and

investigating possible base sites;Developing techniques for establishing, maintaining, and utilizing air bases on ice, with particular attention to later applicability of such techniques to operations in interior Greenland, where conditions are comparable to those in the Antarctic;Amplifying existing stores of knowledge

and meteorological propa gation conditions in the area;Supplementary objectives of

the Nanook expedition (a smaller equivalent conducted off eastern Greenland).

photo illustrations of what was reported in the file registered undedr the name of the project.

any problem with the

©2020 by Extraterrestrial and Ufo Research Organization,International