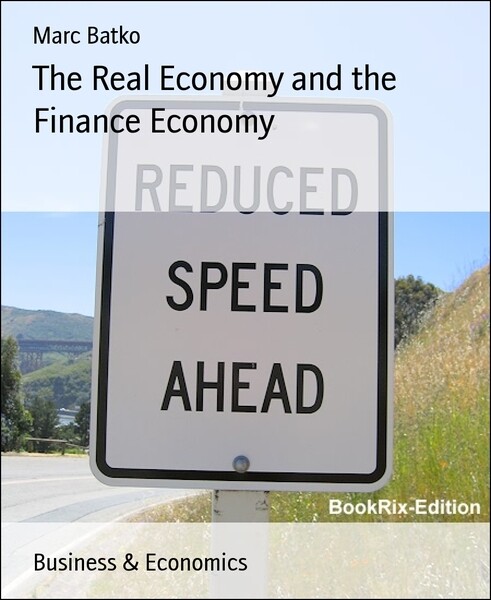 Stephan Schulmeister: Ten Theses on the Crisis and its Solution, 2010

Problems do not disappear when they are ignored.  Deregulation is a collective and a political crisis. Language and democracy are endangered when arsonists are called firefighters, when private losses are made into public losses and when crime in the suites is normalized as a business model or practical necessity.  Risk-takers and job-creators turn out to be manipulators and fraudsters while public spirit falls by the wayside.

Stephan Schulmieister, economic researcher in Vienna, is the author of the 2012 book "New Deal for Europe - in the Great Crisis."  He emphasizes the need to attract investments to the real economy and to shrivel the financial sector.

[These theses published in the Vienna Institute for International Dialogue and Cooperation news 14.2010 are translated from the German on the Internet,  http://www.virc.org. Stephan Schulmeister is an economic researcher in Vienna. The transition from finance- to a real capitalist economic system began with the "great crisis." This will last years. Finance capitalism increasingly dominant in the last 30 years is full of speculative bubbles and extensive crises based on "money out of thin air" and "letting money work."]

Thesis 1: The great crisis ushered in the slow collapse of finance capitalism. This form of the market economy has spread since the 1970s. The capitalist "nuclear energy," the pursuit of profit, concentrated most strongly on finance-assessment and -speculation (in the real capitalism of the 1950s and 1960s it could only develop in the real economy).

Thesis 2: The breeding ground of finance capitalism is the neoliberal worldview. The task of stable exchange rates together with dollar devaluation, oil price shock, recession and high inflation in the 107-s and their control through a high interest policy along with deregulation of the financial markets and the boom of financial innovations (derivatives) in the 1980s - all this was based on neoliberal recommendations. Economic growth was cut in two; unemployment and state indebtedness soared.

Thesis 3: Neoliberalism uses the problems it creates for the further implementation of its demands. With the state indebtedness, austerity policy and (as a result) the weakening of the social state were justified and with unemployment the deregulation of labor relations, atypical jobs and lower unemployment benefits. Both developments dampen economic growth and increase inequality.

Thesis 4: The neoliberal (reform) policy strengthens the mentality of "let our money work," particularly through promotion of capital "covered," market-based old age provisions as a main goal of politics. This gained the day through the "art of trading" and through fixation on the stock exchange as the lever of the economy. All this promoted a financial boom since the 1990s.

Thesis 5: With the boom on the stock-, raw materials-, currency- and real estate markets, financial assets were created without any real economic cover. The potential for the great crisis was built. That crisis detonated from 2007 through the simultaneous devaluation of stock-, raw materials- and real estate assets. Demand and production collapsed.

Thesis 6: Politics only fought the symptoms of the great crisis with bank- and economic packages while its systemic causes remain untouched. Even worse, the "financial chemistry" booms more than ever, whether through speculation on state bankruptcy, higher raw material prices or euro devaluation. All this was legitimated by the neoliberalism. Thus it cannot be seen by the elites as a cause of the crisis ("sorcerer's apprentice syndrome").

Thesis 7: For over three decades the conversion of neoliberal recommendations has increased unemployment, state indebtedness and poverty, weakened the social state and built up the potential for the great crisis. Now the elites urge those therapies that are part of the sickness: reducing social spending, further privatizations, sparing financial assets and no consolidation help of the wealthy.

Thesis 8: The hardest phase of the great crisis is ahead of us, not behind us. All the sectors try to safeguard their positions through spending cuts - amid recently falling stock prices, higher unemployment, empty state treasuries, EU-wide austerity policy and unstable exchange rates and raw material prices: businesspersons, households, foreign countries and the state. This is material for a crisis lasting several years.

Thesis 9: In such a situation, the state must give long-term impulses to the real economy while simultaneously stabilizing its financial position. There is only one way to do that: "demanding significant consolidation help from the highest incomes, particularly the owners of mammoth financial assets for economic reasons. The "rich" react to (slight) income losses with a restriction of their savings (unlike recipients of welfare benefits), not with a restriction of their consumption. With these funds, an expansive overall strategy could be financed that fights state indebtedness, unemployment, social inequality and climate change "as a whole."

Thesis 10: Such a strategy would join the ("real capitalist") tradition of the social market economy. It would strengthen the cooperation between businesses and unions, put the "financial chemists" in their place and make possible the transition to a real capitalist system where the interests of labor and real capital have priority over the interests of finance capital (8/18/2010). I described the most important components of this strategy in a compact book "New Deal for Europe - in the Great Crisis" (Picus Verlag publisher, 9.90 E).

Depression as a Consequence - Implosion of Finance Capitalism

[This interview published in: Erziehung und Wissenschaft 1/2012 is translated from the German on the Internet. Stephan Schulmeister is an economics researcher in Vienna. His latest book is "New Deal in Europe in the Great Crisis."]

What are the systemic causes of the Euro crisis? What ideas, developments and political decisions produced the crisis? The Euro crisis represents the latest stage in the process of the implosion of finance capitalism. This form of the market economy dominant for 30 years shifts the pursuit of profit from the real economy to financial investment and speculation (the pursuit of gain could only be realized in the real economy in the real-capitalist prosperity phase of the 1950s and 1960s). The systemic under-performance of business activity compared to "financial chemistry" generated increasing financial assets without a real-economic background - from over-rated stocks, currencies and raw materials to government bonds. The devaluation of "fictional capital" (Karl Marx) in the course of grave financial crisis (1873ff, 1929ff, 2007ff) ushers in the transition to the depressive phase of the "long cycle" (from 1873 to 1890, from 1929 to 1948 and from 2007 to ???). Let us sum up the last cycle (1929 to 1948). Finance capitalist euphoria in the 1920s led to a stock boom. The 1929 stock market crash triggered a recession that deepened to a depression for three reasons. Firstly, real estate- and raw material assets were massively devalued, not only stock assets. Secondly, the economic theory of "Laissez-faire" - dominant in finance capitalist phases - encouraged politicians to react to the downhill state finances with austerity policy. Thirdly, countries waged an economic war against each other according to the motto "Save yourself if you can" (especially through currency devaluations). The consequences of the world economic crisis were so devastating that politics has learned profoundly from the crisis. A new economic theory developed (Keynesianism). A social market economy arose. The pursuit of profit could only be realized in the real economy. Stable exchange rates, stable raw material prices and interest rates below the growth rate were crucial for the success of this model. The result was the so-called economic miracle.

BREAKING DOWN IN SUCCESS

However the real-capitalist "game plan" ultimately broke down in its success. Permanent full employment required an offensive of the unions, particularly in Italy, France and Great Britain. This necessitated redistribution and joint determination and was partly carried out through a massive expansion of strikes. The year 1968 made the rich distraught... The status quo could not continue from their perspective. The hour of the Renaissance of "Laissez-faire" had come. The theories of the neoliberal "master minds" Milton Friedman and Friedrich A. von Hayek demanded the dethronement of the unions and dismantling the welfare state. These demands became "historically powerful" through the liberalization of the financial markets demanded by neoliberal economists, above all by abandoning stable exchange rates and low interest rates.

Finance capitalism established itself. At the same time economic performance deteriorated: • Two dollar-devaluations led to two "oil price shocks" (1973 and 1979) that triggered the first two "synchronous" recessions in industrial countries. • The inflation that rose considerably through the "oil price shock" was fought primarily through a high interest policy at the beginning of the 1980s. Since then the interest rate has been nearly always above the growth rate. • The development of countless financial derivatives facilitated the speculation that destabilized exchange rates, raw material prices and interest rates. • Businesses shifted their activities from real to financial investments. Economic growth fell while unemployment and state indebtedness increased. • Austerity policy since the beginning of the 1990s (Maastricht) put a damper on the growth dynamic while the stock exchanges boomed. The (self-) destructive forces of finance capitalism detonated in a "quake," the stock market crash of 2000/2003. Its systemic cause, destabilizing speculation on the "freest" markets, could not be seen with "neoliberal glasses." The final heyday of finance capitalism began afterwards. Stocks, real estate and raw materials boomed and a threefold crash potential developed that first activated real estate and then stock and raw material prices in 2007. From the summer of 2008, these three most important kinds of assets have been simultaneously devalued (for the first time since 1929)... Businesses and households limit their demand and the state deficit increases. Public funds are made available for bank bailouts and economic stabilization.

The state debts grew most intensely in countries where a real estate bubble burst (Ireland, Great Britain and Spain) or the budget deficits were already high before the crisis (Greece and Portugal). The professional "investors" exploited this situation. Speculation with "credit default swaps" increased the loan interests dramatically to 17 percent in Greece and twelve percent in Ireland and Portugal. The interest-epidemic forced the Euro-bailout umbrella. Its help is tied to strict austerity. The afflicted countries shrivel or stagnate the more savings is ordered. As a consequence, bond interests climb higher and the epidemic now seizes Spain and Italy. At the same time leading EU actors reinterpret the finance capitalism crisis as a state-debt crisis. Germany along with France, Holland and Austria profit from speculation against weak Euro states. An "interest-seesaw" develops. The greater the interest burden of the "miserable" states, the less the burden on the "brave" states. The division within the EU expands: Germany refuses communal solutions like Euro-bonds because the disciplinary effect of the "market" would be cancelled.

Market religiosity is anchored more firmly in Germany than in any other EU country. Germany profits most from speculation against the southern countries. In the last weeks, the interest-epidemic has dramatically strengthened, also for France, Holland and Austria. Loan interests clearly increased. Germany sits on one side of the seesaw with the rest of the EU on the other side. The economy of the EU countries is simultaneously on the way into recession. This recession will intensify into a "mild" depression lasting several years (businesses, households and the state will reduce their demand). This time Germany acts only as an economic disciplinarian and will be rewarded with interest-rebates "by the mark." On the other hand the situation in other countries worsens through higher interests. In short, we again stand at the beginning of a depressive phase of the "long cycle." Fighting a system crisis caused by the neoliberal ideology with means of neoliberal symptom therapy would destroy many things in Europe. The German politicians who have to answer for this are convinced Europeans. They mean well. But whoever navigates with a wrong map steers the ship like a mad man.

So much crisis was never analyzed with a

Dedication:
To my brother Bill, Yu Xia, Portland Indymedia, social security, liberation theology, the invisible Son who gives his peace to everyone, all who seek to live authentic lives of truth-telling and interdependence, radical economic critics and all who criticize the misuse of power, language and democracy.