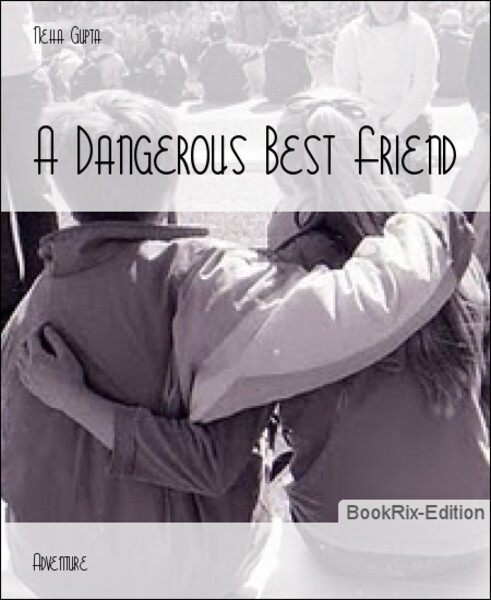 It was an exceptionally dark night. My footsteps sounded eerie on the dry leafy floor of the densest part of the jungle. I regretted wasting the batteries of my torch inside my tent. I tried my best to light it up but it won't help. So, there was one thing I was sure about - my eyes would not help me get back to the camp. An owl broke the silence and stsrted hooting in a strange monotone.

Suddenly, I heard some footsteps other than my own, I could not recognize them, but later I recognized the person by his panting. He caught me by hand and hugged me. It was Raman. "Thank God, I've finally found you." He had a torch and I was surprised to see that he easily found the way back to the camp.

When we were just about ten yards from the campfire, Raman pulled me back to the bushes. "Let's clear it out tonight", he spoke."I do not like it when you talk to Ellie. I don't like her at all! She's not a reliable friend and you should know this by yourself. I'm your best friend and I know what's good for you." Then did I realize why Raman had been frowning at Ellie since we had come for the camp. I and Raman were friends ever since we started learning ABC. I could easly understand what he felt when I stayed with Ellie because I felt the same when he had his lunches with Jack. But we cannot spend the whole life wandering about with a single friend. I was providing company to Ellie because she was new among us. I explained it all to him but he did not answer me and we simply move towards every one else.

We sang and danced and laughed for quite a long time and I started feeling tired early beacuse of my habit of sleeping before ten. My sleep broke at about 1 o'clock. I felt thirsty and looked around to ask for my water bottle but Raman was not there. I switched on the lamp and found that Ellie was also missing.

I walked out of the tent and started searching for Raman. I don't know why but I was not as worried about Ellie as I was about Raman. I saw that the floor beside the bushes was wet. On going closer I almost fainted on seeing that Ellie was lying there half dead. Her head and stomach were badly wounded and blood was streaming out of her body.

I suddenly heard someone walk towards me.It were the same footsteps again. I turned around and saw Raman holding a blood stained stone. I wanted to run but my feet froze, I opened my mouth to scream but had turned dumb. Losing faith in my senses, I just stood there with dropped jaws.
He held my shoulders, pulled me up and said with a sarcastic smile,"Now we will stay best friends forever."


Note: Since English is not my mothertongue, kindly do not mind my mistakes.