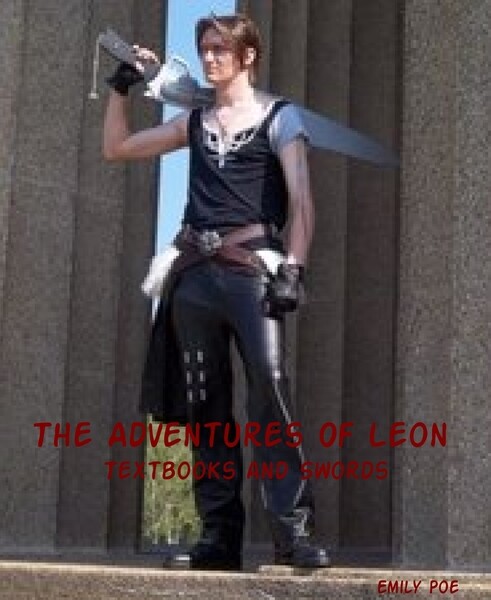 The day was a very humid day. I was wearing my black tank and pants, which meant I was taking in even MORE heat than I would without them. I wiped my brow as I looked up to the large building in front of me. A big sign at the top read "Nashville Community College'. My palms grew sticky with sweat as I reached for the door handle. I wasn't sure if it was because I was nervous about my first day there or if it was just that hot out, but I guess that really didn't matter all the same.

I turned the knob and opened the door, a blast of cool air blowing into my body. Right at that moment, I knew I was going to have a good time there. Free air conditioning on 90-degree days? You'd might as well be at heaven's doorstep! I looked around the hallway and walked up to one of the doors. It was the door that lead right to the place I wanted to go: Technological Engineering. Or so I thought.

I was about to go in when I felt something tap my shoulder. I turned around and saw that a tall woman had interrupted me from entering. She had long, red hair that curled down to her knees. Thin, rectangular glasses covered her hazel eyes. She looked at me from head to toe with a serious look on her face.

"You must be Steve Alexander. I thought I heard footsteps," she told me. I put my arms together behind my back.

"You're looking for the Technological Engineering classroom, am I right? This door leads to the Media Arts room. The one you're looking for is a bit more down the hall," she told me, pointing toward the hallway to my right.

"Right. I knew that," I stuttered, my face red in embarrassment. The woman started walking down that hall and looked back toward me.

"Just follow me. I'm heading in there myself," she ordered. I followed her to the right door and we both went in. The room was full of computers and appliances. Monitors bleeped and flashed in different colors. The tone of an old dial-up modem rang and bounced off the walls for a second, making an extremely annoying and loud sound, then fell silent. Somebody must've accidentally set it off while toying with one of the older models.

I sat down at one of the computers and started studying the wiring and engineering of it. The hours actually went by pretty fast, because before I knew it, it was time to have dinner. And then after dinner, I went to bed.

A New Friend Who Loves "Hey You Pikachu!"

It had been about a week since I had come to the college. My work has been a bit hard, but I keep studying in order to pass the tests. Sometimes, when I had free time of course, I would study the computer software as well as all of the hardware. Both hardware and software are the big parts of computers, after all.

One day, I must've accidentally rewired one of the computers and I was trying to fix it up. A boy in the same class started helping and twisting wires together to connect them again. After the whole system was fixed, I thanked him for all of his hard work helping me out.

"Leon, huh? After that character in the Resident Evil series?" he asked me. I gasped in shock.

"No way! You play that too?!" I asked him. He nodded in reply and shook my hand.

"My name is Derek. I'm glad to have met you. Maybe we could play one of the RE games sometime," he told me. I smiled and waved to him as he left down the hall and entered the other room. Well, now I had a friend.

And after that day, I played Resident Evil and other videogames with him in a lot of my spare time. Eventually, we switched on to other activities too, but gaming was one of our biggest ones, since we were both hardcore gamers. In fact, I guess I should tell you that I'm surprised the college let us bring and use our console game systems. Like my Xbox, for example. Or my PlayStation. Even my Nintendo 64. Part of that reason could be that about 80% of the whole place was full of people who wanted to get into creating them, so they would let students study by playing the games themselves to let them figure out things like how 3D models are made or how to create an 8-bit track on a stage.

One day at break time, we were regretfully playing the N64 game, "Hey You Pikachu!", and I say regretfully because it's probably the WORST voice-recognition game Nintendo has come up with. Pikachu would only respond to simple commands and nothing else. 98% of the time, he would just wander off on his own.

"Pikachu, don't pick that up," I told the screen. But obviously, Pikachu didn't listen and picked up something I didn't want it to get. Then, it gave the item to Magnemite, who carried it away with all the other crap Pikachu found. Derek did a facepalm and took the microphone from my hand.

"Pikachu, you big shit," he muttered. Pikachu turned around and cheered, as if he was agreeing. Derek smiled and laughed a bit, which made me grin a bit.

"Yep. Swearing at Pikachu is fun, isn't it? Especially since he doesn't know what you're saying at all!" I told him. We heard the rush of footsteps going back into the classrooms, so we shut off the game and went back to the classroom.

After a couple months, I had already gotten a hand of everything. The schedule. The work. The people. I knew all of it. There was only one problem.

Something tragic happened at school that other day that had gotten everyone on edge. Kids were walking around, nervous and anxious.

It's like a Phoenix Wright episode without a clear case. Great. Now my biggest concern is someone's hot coffee getting thrown at my face... I thought to myself. I went up to a girl I had met earlier named Suzie and she gave me a look of terror.

"Suzie, do you know why everyone is uneasy these days?" I asked.

"Haven't you heard? The head of the college, Mr. Hoover, has moved from town. Now there's this man named Mr. Diedrich controlling the Board of Directors!" she answered. What she had said didn't really answer my question, so I pressed her on the matter more.

"And why are the others so scared of this Diedrich guy?" I asked. She looked down to her feet, which were shaking in fear like the rest of her.

"I've heard a rumor that he once hunted down a college student and killed him. Since then, he hasn't had a job at another college. Until now. And one of us might be next," she told me. I tried not to, but a laugh forced itself out of me.

"You really believe those rumors are true? Ha! That's a bunch of bullshit! Right, Derek?" I turned to Derek to see that he was turning pale. I guess the rumors got to him pretty good too.

"Even if they aren't true, I don't want to risk the chance of crossing his bad side," he replied.

Just then, we heard footsteps clomping on the marble floor. All of the others flew into the nearest classroom they could find until I was the last one standing there. A tall man came up to me, frowning and leering at me with sharp eyes. I could see why the others were afraid of him. His fashion cried out terrifying head to toe, from his scruffed and scraggled mess of what you might call hair to his dark gray Uggs, which were covered with musty fuzz.

"Well, well, if it isn't the one they call Leon. A pathetic name, I'd say. Shouldn't you be going back to class?" he asked me.

"Shouldn't you be going back to your office?" I asked in a mocking tone. Mr. Diedrich gritted his teeth angrily.

"Don't tell me how my job is done! Now get back to class," he replied. I was pretty pissed, but that didn't mean that I should beat up the boss of the school, so I went back to class like he said. And that's what I had to deal with for the rest of my college years. But I had my friends with me the whole way, so it wasn't so bad. No, it wasn't so bad after all.

Soon, it was time to graduate. I had earned my place as Mr. Diedrich's greatest mortal enemy, but I still made it through with a fantastic grade overall.

As I picked up my certificate, I felt this mixed feeling of sorrow and joy. The joy was because I was glad to get away from Diedrich and finally stop working between my job and school. The sorrow was because I wanted to stay with my friends a bit longer. But I remembered that I could still see them if they came over to my apartment or if I went to their homes.

My friends and I bid farewell, but we knew that it wouldn't last very long. I never did see Suzie again, though, and I don't know what she's up to now. Maybe she went into her major, maybe not.

So, was this college all worth it? Yes. Yes, it was.

But, if my interests aren't yours, then there are other colleges you can try out.

Go find the best one for you!

Sorry for the first story being so short, but I didn't have much of an overly thrilling topic to work with.

There wasn't a lot I could think of to type, so that's why this is so small.

I'm sorry for kinda ruining this experience for you, AirPirateCid. And hopefully, this isn't accurate to your actual college adventures.

Here's a fun picture to make up for it! 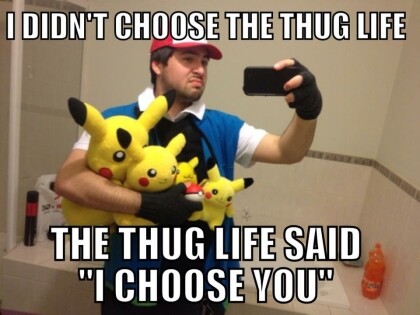