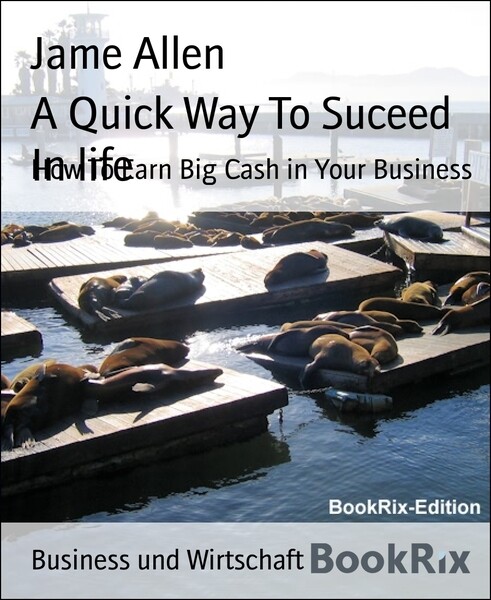 THIS book is pragmatical, not philosophical; a practical manual, not a treatise upon theories. It is intended for the men and women whose most pressing need is for money; who wish to get rich first, and philosophize afterward. It is for those who have, so far, found neither the time, the means, nor the opportunity to go deeply into the study of metaphysics, but who want results and who are willing to take the conclusions of science as a basis for action, without going into all the processes by which those conclusions were reached.

It is expected that the reader will take the fundamental statements upon faith, just as he would take statements concerning a law of electrical action if they were promulgated by a Marconi or an Edison; and, taking the statements upon faith, that he will prove their truth by acting upon them without fear or hesitation. Every man or woman who does this will certainly get rich; for the science herein applied is an exact science, and failure is impossible.

For the benefit, however, of those who wish to investigate philosophical theories and so secure a logical basis for faith, I will here cite certain authorities.

The monistic theory of the universe the theory that One is All, and that All is One; That one Substance manifests itself as the seeming many elements of the material world - is of Hindu origin, and has been gradually winning its way into the thought of the western world for two hundred years. It is the foundation of all the Oriental philosophies, and of those of Descartes, Spinoza, Leibnitz, Schopenhauer, Hegel, and Emerson.

The reader who would dig to the philosophical foundations of this is advised to read Hegel and Emerson for himself.

In writing this book I have sacrificed all other considerations to plainness and simplicity of style, so that all might understand. The plan of action laid down herein was deduced from the conclusions of philosophy; it has been thoroughly tested, and bears the supreme test of practical experiment; it works. If you wish to know how the conclusions were arrived at, read the writings of the authors mentioned above; and if you wish to reap the fruits of their philosophies in actual practice, read this book and do exactly as it tells you to do …

The Right To Be Rich

WHATEVER may be said in praise of poverty, the fact remains that it is not possible to live a really complete or successful life unless one is rich. No man can rise to his greatest possible height in talent or soul development unless he has plenty of money; for to unfold the soul and to develop talent he must have many things to use, and he cannot have these things unless he has money to buy them with.

A man develops in mind, soul, and body by making use of things, and society is so organized that man must have money in order to become the possessor of things; therefore, the basis of all advancement for man must be the science of getting rich.

The object of all life is development; and everything that lives has an inalienable right to all the development it is capable of attaining.

Man's right to life means his right to have the free and unrestricted use of all the things which may be necessary to his fullest mental, spiritual, and physical unfoldment; or, in other words, his right to be rich.

In this book, I shall not speak of riches in a figurative way; to be really rich does not mean to be satisfied or contented with a little. No man ought to be satisfied with a little if he is capable of using and enjoying more. The purpose of Nature is the advancement and unfoldment of life; and every man should have all that can contribute to the power, elegance, beauty, and richness of life; to be content with less is sinful.

The man who owns all he wants for the living of all the life he is capable of living is rich; and no man who has not plenty of money can have all he wants. Life has advanced so far, and become so complex, that even the most ordinary man or woman requires a great amount of wealth in order to live in a manner that even approaches completeness.

Every person naturally wants to become all that they are capable of becoming; this desire to realize innate possibilities is inherent in human nature; we cannot help wanting to be all that we can be. Success in life is becoming what you want to be; you can become what you want to be only by making use of things, and you can have the free use of things only as you become rich enough to buy them. To understand the science of getting rich is therefore the most essential of all knowledge.

can live fully if either of the others is cut short of full life and expression. It is not right or noble to live only for the soul and deny mind or body; and it is wrong to live for the intellect and deny body or soul.

We are all acquainted with the loathsome consequences of living for the body and denying both mind and soul; and we see that real life means the complete expression of all that man can give forth through body, mind, and soul.

Whatever he can say, no man can be really happy or satisfied unless his body is living fully in every function, and unless the same is true of his mind and his soul. Wherever there is unexpressed possibility, or function not performed, there is unsatisfied desire. Desire is possibility seeking expression, or function seeking performance.

Man cannot live fully in body without good food, comfortable clothing, and warm shelter; and without freedom from excessive toil. Rest and recreation are also necessary to his physical life.

He cannot live fully in mind without books and time to study them, without opportunity for travel and observation, or without intellectual companionship.

To live fully in mind he must have intellectual recreations, and must surround himself with all the objects of art and beauty he is capable of using and appreciating.

To live fully in soul, man must have love; and love is denied expression by poverty.

A man's highest happiness is found in the bestowal of benefits on those he loves; love finds its most natural and spontaneous expression in giving. The man who has nothing to give cannot fill his place as a husband or father, as a citizen, or as a man. It is in the use of material things that a man finds full life for his body, develops his mind, and unfolds his soul. It is therefore of supreme importance to him that he should be rich.

It is perfectly right that you should desire to be rich; if you are a normal man or woman you cannot help doing so.

It is perfectly right that you should give your best attention to the Science of Getting Rich, for it is the noblest and most necessary of all studies. If you neglect this study, you are derelict in your duty to yourself, to God and humanity; for you can render to God and humanity no greater service than to make the most of yourself.

There is A Science of Getting Rich

THERE is a Science of getting rich, and it is an exact science, like algebra or arithmetic. There are certain laws which govern the process of acquiring riches; once these laws are learned and obeyed by any man, he will get rich with mathematical certainty.

It is a natural law that like causes always produce like effects; and, therefore, any man or woman who learns to do things in this certain way will infallibly get rich.

That the above statement is true is shown by the following facts:

And further, the ability to do things in this certain way is not due solely to the possession of talent, for many people who have great talent remain poor, while other who have very little talent get rich.

Getting rich is not the result of saving, or "thrift"; many very penurious people are poor, while free spenders often get rich.

Nor is getting rich due to doing things which others fail to do; for two men in the same business often do almost exactly the same things, and one gets rich while the other remains poor or becomes bankrupt.

From all these things, we must come to the conclusion that getting rich is the result of doing things in a Certain Way.

If getting rich is the result of doing things in a Certain Way, and if like causes always produce like effects, then any man or woman who can do things in that way can become rich, and the whole matter is brought within the domain of exact science.

Some degree of ability to think and understand is, of course, essential; but in so far natural ability is concerned, any man or woman who has sense enough to read and understand these words can certainly get rich.

Also, we have seen that it is not a matter of environment.

Location counts for something; one would not go to the heart of the Sahara and expect to do successful business.

Getting rich involves the necessity of dealing with men, and of being where there are people to deal with; and if these people are inclined to deal in the way you want to deal, so much the better. But that is about as far as environment goes.

Again, it is not a matter of choosing some particular business or profession. People get rich in every business, and in every profession; while their next door neighbors in the same vocation remain in poverty.

Also, you will do best in a business which is suited to your locality; an ice-cream parlor would do better in a warm climate than in Greenland, and a salmon fishery will succeed better in the Northwest than in Florida, where there are no salmon.

But, aside from these general limitations, getting rich is not dependent upon your engaging in some particular business, but upon your