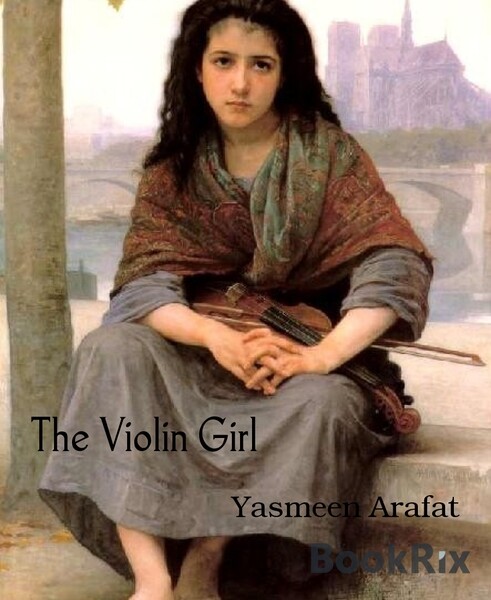 Viola that was her name, the young violin girl in the streets of Vienna was called “Viola”. 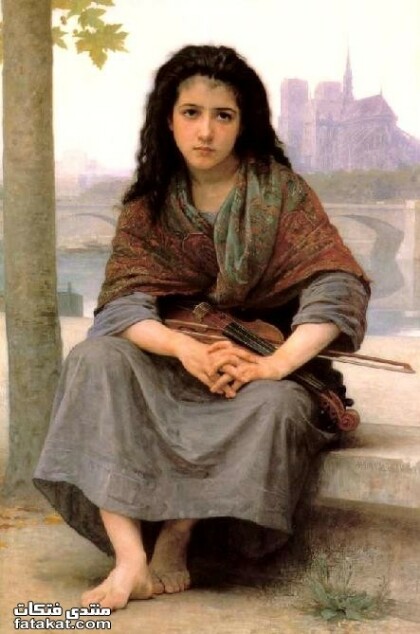 She was a poor talented young girl with the beautiful features of the Italians, the black wavy hair with the soft white skin that gave the people the impression that she might be one of the elite people, but also as she behaved like one of them and not like the poor one, she was described as the one of the rich society or one of those who the fortune had never knocked at their door.

However, she lived with her 2 brothers and sisters with a widower mother, that only earned their living from washing the clothes for the neighbors or doing the housework for the rich wives and that duty was for the mother leaving her children under the wings of Viola, the elder one.

Viola was only 15 years old, not educated but still had hope that she would read one day. However, she had a talent, her passion was in playing the violin, no body taught her even for once but she had always that gift, playing many different musical pieces with emotions. In fact, she could play many of those master pieces as: Chanson d’amour, Limelight, Adagio in G minor, Secret Garden, Moulin Rouge, and Ne me quite pas…and a lot of those magnificent supernatural master pieces.

Every day, when her mother was out leaving her caring for her brothers and sisters, she was going out secretly and promising them not to tell their mother, but before going out she might gave them piece of bread to share between each other or a story that spread a magical curse on them putting them in a deep sleep.

She was wandering in the streets of Vienna searching for a place that could attract some of those music audiences, standing in the center of the street leaving her music attracting them to her, the same as the magnet and the iron fillings when you put the magnet in the middle of a paper and throw the iron fillings spontaneously they will make like millions of circles surrounding the magnet; that was Viola whenever she had been in a place, any one surrounded her in a glance.

As a result, she got punch of golden coins to her mother without informing her directly. She put it their money savings, as if the mother who made it cause the mother had never believed in the talent of her daughter as she had never been taught.

One day, when her mother was out leaving viola in the home, she finished her work quickly taking some of dirty clothes to be washed, she saw a crowd with a beautiful heavenly music; she wanted to see what’s happening and who was producing that music, it was viola.

“Sabrina”, Viola’s mother, shocked in happiness and wept her eyes, because she did not think even for once that her Viola might play violin even in a good way. She took her between her arms and Viola felt happy and proud especially after she got encouragement from her mother. At that sight, the audiences felt sorrowful towards them and gave them more coins, and one of them who seemed as a gentleman who felt sympathy towards them, asked them to attend the royal celebration today that was made for the prince’s 16 birthday, all the elite people would attend and she might find her luck that day.

She was hesitated as she had no any appropriate costume for that occasion, instead she’ll be sarcastic even she had no shoes, but that gentleman, who his name was “George” he was a servant for the royal family, and the king asked him to search in the country for any poor to be helped but Viola was not only poor she was talented and she was worthy to be gifted; however he asked her and her mother to attend to his simple home which was next to the palace, gave them a beautiful appropriate gown dresses, which was for his wife and his daughter before they passed away after an accident.

They took the clothes and went to their home after he promised them to send a carriage for them to be carried to the royal party at 10 o’clock. However, the mother felt in ability to go, especially her children were small and could not live alone. So Viola only wore the splendid dress, collected her hair back, and took her violin with her. The carriage came took the girl and went, she felt as if she was dreaming and that could not be real, when she entered she was more beautiful than any one was in there, first she felt uncomfortable because everyone was looking at her beauty, even the prince.

Edward, that was the prince’s name, was in love by her, particularly when she played with the violin she attracted in a glance everyone in the ball, the prince was falling in her love and felt that his real gif in his birthday not the presents, but seeing Viola and listening to her music that increased her glorious looking.

During the playing, George was searching for Viola’s mother “Sabrina” who reminded him greatly with his wife, her face, her beautiful dark hair, and her kindness. He thought that she might be in the home, he rode his horse reached to her; he found her telling stories to her two children barely making them sleep, until she found his face in the window, she stopped and wore a coat to cover her body from George, she permitted him to enter, that was the best day ever for Sabrina and George, each one of them remembered some of those special moments that might remove from them any kind of sorrow or missing someone who was barely difficult to see him or her again, they relieved each other laughed loudly in the same home, that was difficult to laugh in it even for once. Until 12 o’clock, he returned back home after shaking warmly their hands and they felt the equal warm in their eyes too.

After finishing the party, Edward was searching for that girl that had occupied all his heart in a glance, but he could not find her. When George had returned to his home, he fell in a deep sleep that he had not feel from a long time, until a harsh knocking in his door, it was Edward, and he asked him quickly, “Do you know who that violin girl was? Where she lives? And what’s her name? Answer me George, for heaven sake answer me…”

George had told him everything about Viola that made him more in love with her.

Next morning the prince asked the king to make that night another party and invite the violin girl, and the king gave him the permit. But it was not that one day it was every day until it became a year.

Every day he was finding her more beautiful than the past, the same she felt, she fell in love with the prince but she had never thought that he might ask for her hand, because even if she became somehow rich now, she would never be in his same position to be his wife. After each party they began to talk with each other, they became more than friends, until the king permit to build a house near their palace, also near to George’s, every evening the prince crept to her house and take her in his secret place, there was a lake with a huge tree near the palace, it was like the heaven for him better than the luxury of the palace, there they were talking about what they had done in the day, joking, laughing, and might be also somehow flirting between them…

In the same year, George had asked for Sabrina’s hand and they got married, and they felt happily with the two children and the new baby.

Another year had passed, and the love increased between George and Sabrina, also between Edward and Viola. Viola now was 17 and Edward was 18, and Edward now was legal to be crowned as the same as to be married; they got married, and all her dreams had been true, to be a famous violinist and to marry her beloved prince.

They made a great ceremony, people from all over the world joined that occasion and gave them presents and gifts. 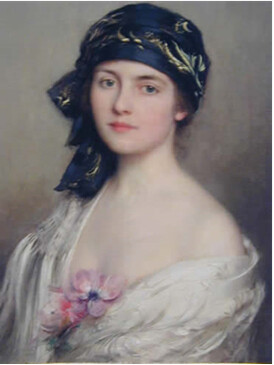 One of these gifts is an artist who offered to draw portray for Viola, everyone liked it and was put in her own palace.

They married each other with all her loved one around her, they were beautiful especially Viola who seemed as if she had born to be a noble lady; she was wearing a white silk dress which decorated by a violet flower that made harmony with her flowery chick.

She was the one who played a lovely symphony for her own wedding, as she had never forgotten that she was once “The Violin Girl” of Vienna streets.