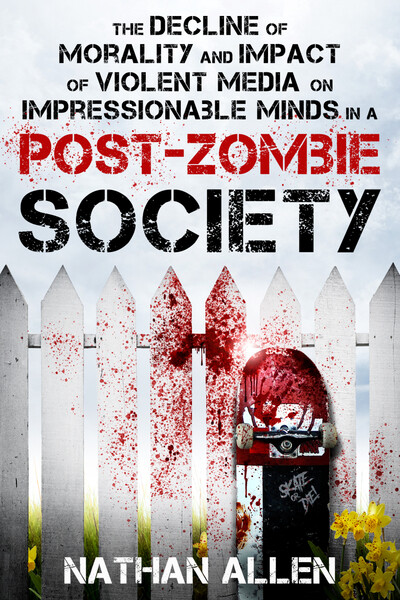 Thank you for downloading this ebook. You are welcome to share it with your friends, family, frenemies and foes. This book may be reproduced, copied and distributed for non-commercial purposes, provided the book remains in its complete original form. Thank you for your support.

The following is a short prequel to The War On Horror II: Return Of The Undead Menace. It began life as the opening chapter for that novel, however the more drafts I completed the longer it grew, and I was eventually faced with two choices: either edit it down to a reasonable length (i.e. cut it in half) or remove it completely. I settled on the latter option – the events here are only tangentially connected to the rest of the story, and leaving it in meant it would have taken too long for the main narrative to get underway.

If you are yet to read either of the War On Horror novels, hopefully this short will pique your interest and you may feel inclined to check them out. If you have read WOH II, this story explains how the mess from the first job played out.

Consider it a deleted scene, or a previously unreleased bonus track.

Thanks to everyone who has taken the time to read my work over the past few years, and for all the great feedback. Every review posted helps enormously.

The sound of an approaching engine prompted Nicholas Gustav and Tyson Mueller into action.

School had been out for less than a week. It was one of those blazing hot summer days where the air shimmered and the sun’s intensity doubled by the hour.

The vehicle came into view; a white Mitsubishi Eclipse SUV. A large gas-guzzling road-hogging unit, with numerous places to latch onto without the driver noticing. Ideal for their needs.

Nick had his phone at the ready. He commenced recording. Tyson remained crouched behind a parked Ford Fiesta, waiting for the right moment. He gave Nick the signal.

This was to be their most ambitious stunt to date. The plan was for Tyson to skate out and skitch onto the back of the passing Eclipse. He would hold on until he had built up sufficient momentum on the downhill slope before letting go and propelling himself up the makeshift ramp they had set up – a flimsy wooden board resting atop some stolen milk crates. If everything went to plan, and if physics and gravity played their part, he would clear the eight foot chain link fence surrounding the local tennis club and land on the grass on the other side, and he and Nick would have the next instalment for their YouTube channel.

Their channel – BugNutz – was still in its infancy, and had been created more or less by accident. Tyson had filmed Nick’s botched attempt at boardsliding down a stair handrail that ended with a painful and messy (but hilarious) face plant. The video was posted online for Tyson to share with his friends, and they soon forgot all about it. A couple of weeks later the clip gained unexpected traction when it was liked by a famous motocross rider, and it had now received over fifty thousand views. This fleeting brush with fame inspired them to create more in a similar vein. The most successful of these had Tyson riding his BMX off Nick’s roof and into his swimming pool – 20k views, 100+ comments – but they needed to up their game if they wanted to step into the big leagues.

The Eclipse drove past, slowing down slightly as it took