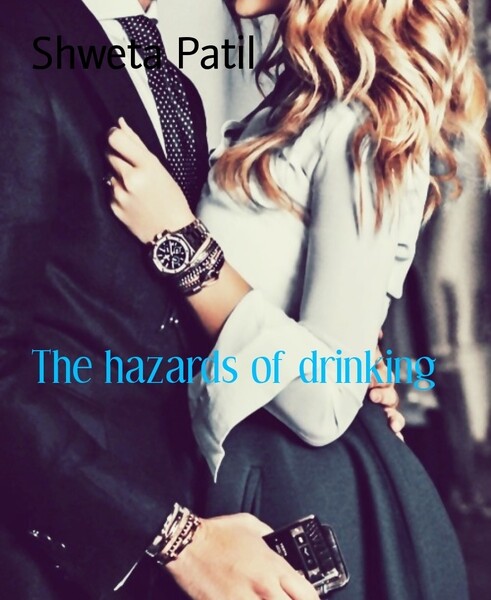 “Ah,” I exclaimed as my back hit the inner wall of the elevator.

“Yours or mine?” He said stifling a groan as he pushed himself into me without living a breadth’s space between our bodies. His lips trailed a path from my lips to my neck, just below my ear where he started sucking the sensitive skin covering my pulse.

My mind is clouded with a large quantity of booze that I have consumed and his hard body pressing against me wasn’t helping either. I wanted to tell him to stop kissing me so I can think. But he smells so gooood.

Jeez..Am I really sniffing a man? When did I turn into a canine?

I giggled at that thought.

Must be the alcohol talking.

“Ummmm..yours.” Through my alcohol induced buzz I did remember I don’t have a room in this luxurious hotel.

Then what I’m doing-

He interrupted my mental rambling as he bit into my bottom lip softly, his large hands roaming all over me. I giggled as he hit a ticklish spot.

“Ticklish much?” He smirked looking into my eyes.

WOW. He has a gorgeous set of light blue eyes. I don’t know how I missed them up till now. They are nestled in long thick eyelashes.

I cupped his face, smiling wistfully.

“Your eyes are so pretty.” He shook his head smiling.

“And you are drunk. You sure you wanna go all the way? U know we can relax and talk-”

I put my index finger on his soft lips, halting his rambling.

No. No talking. I gave him a stern look which probably looked funny as he tried to contain his smile and nodded.

Hey, I don’t want to be funny but sexy. I pout at myself in my head.

I trailed my hand softly on his chest, his stomach tracing his hard abs. He is a helluva specimen for a man.

His breathing hitched in his throat. Yeah, that’s what I’m talking about? I can be sexy. Yay.

I pulled him into me jerking on his tie which was loosened when I kissed his throat before. Both of our hands roamed all over each other till the elevator comes to a stop. He grabbed at my ass and I moved my legs reflexively, crossing them behind his muscular thighs.

We bumped into several things occasionally as we made our way to his hotel room. Every time he said sorry was unintelligible as he continued to drop soft kisses all over my exposed skin.

I haven’t felt this turned on in my entire adult life or it’s the alcohol talking. Whatever. The main thing was it felt good, very good.

We stumbled into his room and he pushed me up against the door, his kisses urgent. I dropped my legs to the floor and pushed him to the opposite wall.

I gave him a sexy smirk though it was dark and once again trailed my hand on his front, getting lower.

I traced his hard on lightly with only my fingertips.

Oh, it’s big. I danced a victory dance in my head but something felt off. My lust filled brain couldn’t comprehend it though. After a minute I pushed my palm against it and then it clicked. I froze. All post-alcohol haze evaporating.

Motherfucking fate. It’s not a fucking hard on. It’s a gun.

Who I get involved with here? Didn’t I had enough for one day? Was he going to shoot me after he had his way with me?

I played twenty question in my head when all the time he was busy kissing my neck and removing my shirt’s buttons.

Though, He grasped at my unmoving form after a few seconds and lifted his head. He narrowed his eyes in the general direction of my hand.

Oh fucking hell, why I didn’t catch it when I was outside of this room? Why why.

We both didn’t say anything for a second and then all hell broke loose.

“Hey hey.” He grabbed at my waist as I tried to hit him with my flailing limbs.

I didn’t hit him.

He turned me around and pushed me in his chest.

“Shh..listen to me, You crazy woman. Listen.” He squeezed me in his chest and brings his mouth near my ear.

“I’m not what you think I’m. I’m not going to hurt you. Do you understand?”

“Aargh. Haven’t you heard a word I said?” He turned me in his arms, grabbing at my shoulders. “Listen very carefully. I. Am. Not. Going. To. Hurt. You.”

He said each word between breaths as if I was a child and couldn’t understand simple words.

Oh, wait a second. He said he’s not going to hurt me.

I looked in his eyes, trying to see the truth. He seems so genuine. But doesn’t everyone? If axe murderers started to paste labels on their heads?

I gulped audibly and nodded.

He gently cupped my cheeks bending to see straight into my eyes.

“This” He slid the gun from its holster and put it on the cabinet besides us. “I’m a lieutenant.” He flicked on the light and showed me his new york city lieutenant badge.

“Oh.” I said eyeing it. I scratched at my neck and looked everywhere but at him.

“Though, In my defense-” I started but he cut me.

“Yeah. I know. It was really something. Though you should kick a leg or elbowed my ribs.”

“You are telling me on how to hit you?”

“No. I mean, Yes.” He ran his hand through his hair in frustration. “I should have told you. I’m”

I cut him with my laughter this time on the whole situation. I traced his gun thinking that it’s a hard on, failed my limbs in every place and doesn’t even hit a mark and now we are discussing this being half naked. Wow.

He joined me after a few seconds.

“It didn’t turn out how I..thought it would.” I focused my blinded-by-light-eyes on him and saw him looking at my chest, getting increasingly uncomfortable.

I tilted my head, looking down and saw all of my buttons are undone revealing my pink silk bra. I jerked my shirt close and I’m pretty sure that I am as red as a tomato.

Oh, my toenails are so pretty.

“So,” I jerked my head up to him. He opened and closed his mouth like a fish. “Do you want a drink or something?”

“Haven’t I had enough?” I glide my hands from my hair feeling them all over the place.

Of-course He messed my hair. He flushed as realization dawned on him.

“You look so cute when you blush.”

I felt his hand behind me and the next thing I know, I was pressed up against him.

I tried to speak but I couldn’t. Damn my speech and damn him for being so handsome which left me with only one thing I could do to erase the fucking smirk off his face.