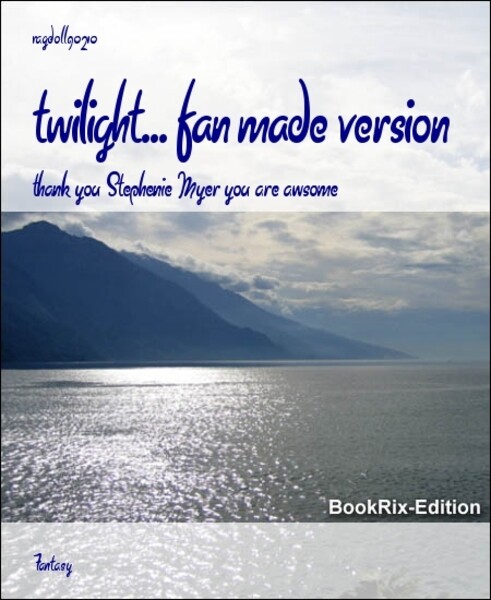 chapter1 We could have gone forever but Renesmee woke up. "I'll get it we should get dressed and head to the house". Me and Edward got dressed and i got Renesmee out of her crib. We ran up to the house Alice of course was there and immedintly had to put my hair up for the day.When that was done Renesmee said "Mommy tummy really hurts". That really shocked me but she is also half human and can get sick.I called for Carlisle he shook his head " i don't know what to tell you it could just be the flu we will keep an eye on it".I sat Renesmee on the floor in front of the couch Edward was sitting on. I sat next to him and then "MOMMY MY TUMMY"
Edward and i looked at each other she cuffed her little hand over her mouth and started up the stares. I followed her to find her in the bath room i called for Carlisle again he came in and saw Renesmee over the toilet throwing up.once she stopped he picked her up and brought her into the library he had the ultrasound machine set up.He lied her down on the table and put the cream on her stomach we both gasped. There on the monitor was a huge mass the size of a baseball he said "Okay lets um go get Edward and ill tell u both the problem" Edward was already up here. "whats wrong" "well Renesmee is going to have her gal bladder removed like now or it will erupt" " OK..." "lets get started" i said in a worried voice."Well we have to hope the anastithia kicks in soon". At that moment i had enough ran out of the room,out of the house. and down to the cottage. We had another room added for Renesmee to play in. I lied down on our bed and lied there for about an hour then i herd Edward coming so i got up and went out side."is she okay? " i asked."there just getting started"he held out his hand i smiled and took it all in one swift movement. chapter2 We ran up to the house Carlisle was waiting for us. At that moment i started to feel something hot in my hands i let go of Edwards hand. i stared down at my hands my palms where glowing no they where on fire now but my hand just felt warm. Edward stared at me amazed. i felt like i could push my shield and the fire would follow. But i did not try.I calmed down and the fire went out.everyone was staring at me but i just asked " how is she" Carlisle said "almost done ...there finished"." when will she wake up and what happed with my hands why did they catch on fire?" " I don't know about the hands but she will wake up in ten minutes" "okay".Both me and Edward waited there for the very long ten minutes and finally she woke up"ow ow ow mommy. daddy!!!!!!! he took my tummy out owow11" we both giggled and i said " no honey he took your gal badder out it was really bad and was going to hurt you a lot worse than this if he hadn't taken it out"