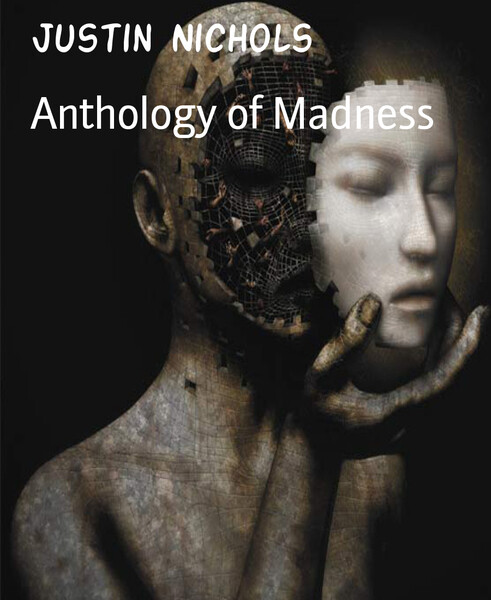 The shadows slowly swallowed him whole. He thought this was the end of his life, that there could be no escape from this hell. He swore if he lived he would give up drinking, get a job again, and stop wallowing in sorrow like he had been for seven years now. He thought back to his life: to his first day of school, graduating from college, his wedding night, when his son was born, and when he lost everything he loved. His mind has tried to end that piece of memory, pushing it back into submission. He held onto the few details he could, reaching for her face in those final moments. He fought to create the image, and then something incredible happened. He was standing on that road, the one where his family died all those years ago. He looked around recognizing the area, this is exactly where it happened, he was standing a few feet from the tree they had hit, yet it still stood. It fell that night, or he had thought it did. He keeps looking for a sign of what had happened, but could only move his head. He saw lights coming around the corner, and he squinted to see what it was. A car was driving down the road, no reckless behavior, just a normal drive home it seemed. He saw the drivers face as it saw him. The driver swerves off the road; hitting the same tree he had all those years ago. That’s when all the memories came flooding back to him. He saw a shadow, one that looked almost exactly like him, yet older, broken somehow. He opens his eyes, another drunken night passed out on the floor, barely remembering his dream. He starts to drink again, a shadow forming in the corner of his living room, one that looks familiar somehow.

The mirrors, it always happened in the room of mirrors. He looked at each one carefully, each one looking back at him. He studied the faces, even though he knew them all very well. He knew that when he found the face he was looking for, the mirror would slide to the floor, but he never could remember what happened after that. Does he go to sleep? Does he just forget it every time? Maybe it was just too horrific that his mind blocked it out. All he knew is that he woke up in this room of mirrors again, and everything wrong with his life was fixed. His wife and kids were happy, he no longer had a drug addiction, hell one time he even had a new liver. Whatever power these mirrors held, he didn’t care. He’d use it until he died, if the mirrors let him. Then it slowly slid to the floor, the all to familar sound of shattering glass sounded, as if the mirror somehow broke in the ground. He entered a long corridor, empty and dark. There was a faint light that he can see at the end of the tunnel, then nothing. The room went pitch black and he collapesed to the floor. When he awoke, he looked into the room of mirrors, unable to move. A man that looked exactly like him stood in the middle and met his eyes. Somehow he was now stuck behind the mirror, almost as if he had become a reflection of the fake him. The imposter looked around the room and annoucned,“I’ve always hated this room. Every time I come here my wife and kids hate me, I’m hooked on some crazy drug, hell one time I even needed a new liver.” As the fake finished the sentence, the room fell dark once more.0

I remember that day as if it were yesterday, the day that I lost her. She looked so beautiful all dressed up in her white dress. She was beautiful even after it was stained red. She was so clumsy; she actually spilled the wine on her dress. She would often make jokes about how she did random gravity checks, just so she could keep us safe. I guess in a way she was always right about protecting us, but not from what she said she was. She kept the beast inside locked away for so long, I forgot what it looked like. When it came back that night, our night, all of my past fears came flooding back. I can still feel the warmth of her blood on my hands, no matter how many times I wash them. I drove the blade through her heart that ended its beating, but in a way she died hours before. She watched as the man she loved became the beast she hated. She watched as it carved away at every single guest, slowly turning them into a mosaic of limbs and blood. I painted that hall with their blood, carving every sin the committed into their flesh. I saved her for last. She was so pure, so beautiful. I miss her corpse. No matter how many bodies I tear apart, halls I paint red can I get the feeling off my hands. I can’t seem to find that perfect kill, a body so innocent, so pure. The taste on my lips, the feeling of her life ending, it’s why I do what I do. It’s why I have fought so hard to see the monster I am when I am in love come back, so I can feed once more. After all, death and hell is all I know.

Death and hell, it’s all I know. There is no way out, there is no escape. From the monster I have become. I, I killed her. I cut her throat and drank her blood. I felt it crawl down my throat; I felt it bring me life. It laughed at her still moving corpse. It knew she was long dead by the time she stopped moving. I watched through my eyes as my worst nightmare played out like a movie. I took her life, and in a way I guess I took mine all the same. It wants me out; it wants me to find love again, so I can turn another woman into its play thing. It loves to toy with them. Make them feel safe, and then it strikes at their darkest fears. It tears them apart, and it loves to hear them cry

I can feel it, the beast within. It’s calling out; fighting to escape the cage I’ve trapped it in for all these years. I can feel its claws digging around in my head, its mark on my heart, and its grip on my soul. It wants out, it craves freedom. It has no mercy, its sole purpose to cut me down and let me bleed. It hates the life I lead. My wife and children, oh god the things it will do to them. I know it will kill them, in the worst possible of ways. Last time it was out, it killed a family, slit their throats, and drank the blood. The doctors swear I’m insane, that this demon never existed at all, and that I killed them. They don’t know what it’s like to want to escape your own head, to fight to drive a piece of you into submission. It feeds on my pain, on my sorrow. I won’t give in to it. I should empty a round into my head, right between my eyes; keep it trapped in an empty head, nothing left to control. Death is the only way out, right? Fuck I don’t know what to do. I don’t want to die, but it cannot get out. Ugh, another wave from it, it’s getting closer to freedom. I’m going to do it, I’m ending this now.

H-hello, is anyone there? This monster inside my head trapped me in my own skull, he wouldn’t let me out, but I wasn’t getting stuck. I crawled my way out, slowly but surely weakening him. Why are you all looking at me like that, as if I was some, monster? Have I even met anyone of you? Wait, please stop, I did nothing wrong! Why are you doing th…?