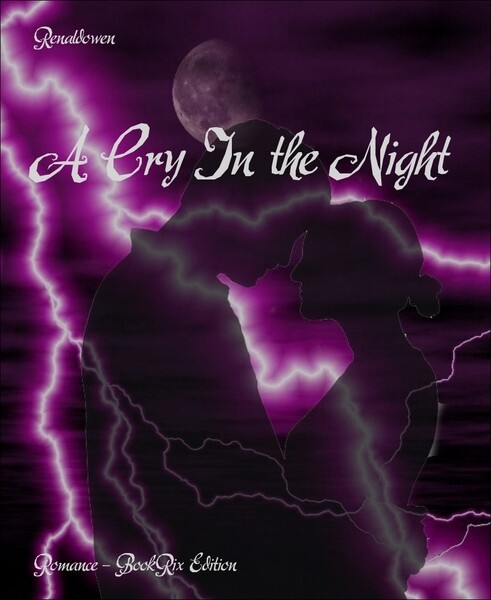 e stepped through the door that was hanging open, slamming relentlessly against the wall in the raging wind. This storm had been going on for hours and the dark clouds above didn’t show any signs of stopping soon. He and his horse were soaked to the bone with chill as well as rain; he hoped that she would be here. His wet and armoured boots clanged against the wooden and straw ridden floor as he walked slowly inside. He was looking for her. She had bolted as soon as the lightning lit the night sky, he didn’t expect for her to run off so he chased after her but soon lost her, he had looked for her almost half the night. The only indication that she was even here was that her horse had ran from the entrance with no rider. It was pitch black, he couldn’t see anything deep within the recesses of the mill but he refused to believe she wasn’t here. The rain pounded like a bear clawing and against the walls of the abandoned building. Lightning flashed across the sky disturbing the monotony of pouring rhythmic rain, he heard a gasp deep within the dark room. He had her. He breathed a slow sigh of relief.

“Aracane” Jared called out to her. He wasn’t sure if she trusted him or not but he had to try.

“Aracane, it’s alright, I’m here” He hoped that his voice was calm and strong, he wanted to coax her out of her hiding place, to help her to trust him.

“There’s no need to be afraid” Lightning flashed, lighting up the room for just a moment, but a moment was all he needed to see her curled up in the corner, hands over her ears, tears rolling down her cheeks and yet another cry escaping her lips. His heart leapt at the brief second he had to glimpse at her, for the first time since he’d known her he had seen her vulnerability. His heart pounded within his chest, aching, he couldn’t identify it and it confused him. He crossed the room quickly in five fluid and practiced steps as he closed the distance between them; he had to go to her. Upon reaching her alcove he knelt down to her level, trying to get used to the darkness so that he could at least see her silhouette and maybe comfort her in some way.

“Don’t,” She whispered, barely getting the words past her lips.

“Don’t what?” He whispered back. He waited a few moments, but she didn’t answer his question. He understood at that moment, she didn’t want him to see her in such a weak position.

“Trust me Aracane” He reached out to her and touched her arm. She flinched under his touch to which he retracted his hand.

“How can I help you if you won’t let me?” He reasoned. He waited another few moments and in those few moments an electric thread lit the sky to which she cried and shivered, he responded by grabbing her in a tight embrace, he wanted to protect her and comfort her, she tensed, but didn’t flinch. Seconds later she reluctantly leaned into him instead. Her soft sobs and the pounding rain was all that he could hear.

“I’m not used to this” She struggled with the words.

“I know” He replied, stroking her hair.

He began to sing, hoping that it would distract her from the menacing storm. His voice helped calm her nerves and seemed to calm the storm as well.

“Thank you, Jared” She breathed. Her crying had stopped and all that was left were the short spasms of gasps that soon subsided. He didn’t reply, instead, he continued to sing softly until he could hear her breathing slow, becoming calm and peaceful; she soon fell asleep against him and he along with her. There they remained throughout the night in a restful embrace.

Text: My cover was merged together by me but the pictures themselves belong to their respective artists which I have been lucky enough to find on google
Publication Date: 07-07-2011