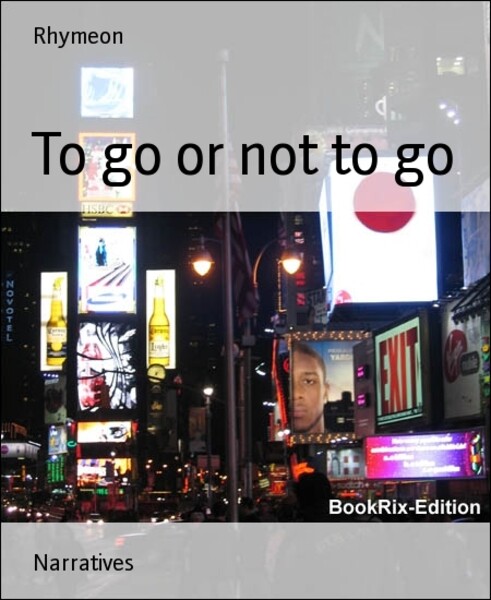 To go or not to go, that indeed was the question that had occupied David's mind for two solid weeks. He had been unable to concentrate at work, enjoy himself with friends or even have a full night’s worth of sleep. The thought of going to tell someone was just impossibility to him, they would all jump to the wrong conclusions and he could not let that happen. How can you leave everyone thinking you are a villain? You would never be able to come back. On the other hand this was his dream job, Decorp was an international marketing consultancy and they wanted him in as a division manager..., in New York City, the big apple! Surely there had to be a way.

Why is it that the bad things always happen just in time to ruin the day you were looking forward to?

About three months earlier David had stupidly allowed himself to get carried away flirting with a girl he met at his gym. It really was just a bit of mischief to him and never intended to act on it; in fact he had explained it to Jamie one evening when she had tried to kiss him. He told her about Gemma the girl he truly loved, Jamie did not take it badly at all, she said that was okay but the flirtatiousness continued. She would send him the odd e-mail telling him what he could have if he relented and David would reply in the spirit of the banter, with something along the lines of, she was okay but he was too much for her to handle. There was nothing unusual about that was there?

Of course there was, because when Gemma found out she was not forgiving. He had come back home to what he thought was a burglary because it seemed like all their clothes had been left strewn all over the front of the garden. It was when she confronted him inside the house that he realised all the clothes were his. Earlier he had asked her to check if some theatre tickets had been received on his e-mail account and he had hadn’t thought about there being something she would not want to see.

After a few months of trying to explain to all the family and friends who had been both told of his misdemeanour and also forwarded the e-mails, David thought he could see the a bit of light at the end of the tunnel.

Just before the saga had unfolded he and Gemma had been thinking about getting married, and had been making plans to raise money for it. Now, everyone was still suspicious, they thought he had been clever at covering his tracks because there were no texts on his mobile or unexplained absences from the house just the five e-mails Gemma had found.

He kept telling her that she was worth too much for him to lose and that he saw a future with only her. Some things had already been changed in their relationship that could only be fixed in years to come if at all. He promised her that he would never cheat on her, he had been stupid. To try and ease her fears and assure her that he had lost all contact with that woman, he explained how Jamie had only been in London on a temporary basis but had gone back to her native America six weeks earlier.

Just when things appeared to be showing signs of a possible return to normal, the job offer from New York shows up. It had been his idea that they look for ways of raising money to get married; it had been his idea to open up the search to any part of the world and to be prepared to be apart for sometime if it meant they could earn and save extra money for a life together. If he told Gemma about this job it would seem like it had all been a set-up all along, to be with Jamie in America, but he was telling the truth. If he took the job he could earn more than double his £32,000 a year salary and he could probably arrange for a transfer to one of Decorp’ branches in London. This was probably a once in a lifetime opportunity, it takes 20 or even 30 years to get to that kind of level such big organisations these days.

It would look like he was going after Jamie, why did she have to be from New York? David thought it would just look too much as if he and Jamie had been planning this and did not want to reignite flames that had ravaged his life for the past couple of months.

As he pressed the send button on his reply e-mail confirming his decision to not take up the job offer, David prayed that, although she would never know what he had just done, Gemma would know just how much he loved her. This was one apple, he couldn’t bite.