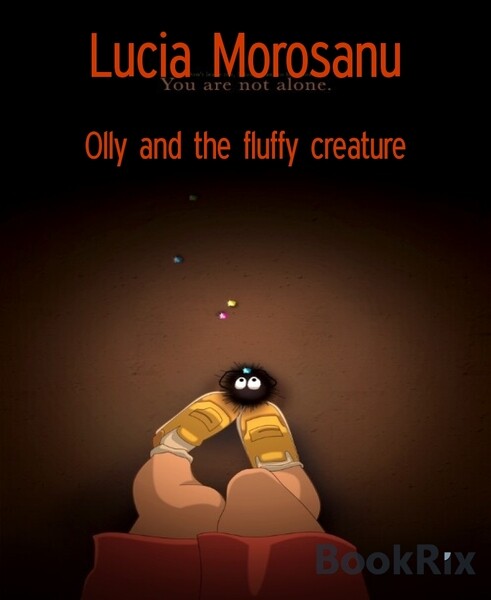 The girl and the fluffy creature

Olly was poking a strange, moss-like thing on the ground, standing among some rocks. She thought it had moved, so she pocked it again. The strange fluff made a squeak sound as if it was averse to the poking, which made Olly even more curious.

“Olly! We have to get home, if we still want to find an amiable father,” yelled her older brother.

She ignored him and extended her hand to touch the thing that looked like a pile of yarn. Suddenly, its eyes popped open. Olly backed away a few steps in shock and averted falling down.
She stared at the big, red eyes watching her. She thought they might look menacing, but tilting her head, she realized they were most likely frightened. She looked up to see if the weather was adverse, but the sky was clear.

“You’re not a thing, are you?” she said, coming closer.

She extended her hand, in the hopes the creature would sniff it, adverting to the times she had seen her dad doing it to scared animals.

“Olly! We’re liable to be late home and I have to emend my English essay!”

Olly stopped, turned her head in the direction of her brother, stuck out her tongue in defiance and continued. She noticed that the creature’s eyes began to change color. The deep red gradually shifted towards purple. It looked into Olly’s eyes, as though to make some sense of the world around it. It was swinging its gaze from Olly’s eyes to her hand. It hopped a bit closer to Olly, until she could pet it.

“I have to go,” said Olly, looking at the black creature. “Do you want to come with me?”

The eyes changed again to a calming blue.

“I don’t know if you understand me or not, but I’m going to put you in my backpack,” she said picking up the creature. She turned it around to see if it was apt for travel. It didn’t flinch or struggle.

“Did you find something?” asked her brother, when she caught up.

“Tell the truth. You know very well that I can tell,” he smiled.

“I better take a look before dad finds out you adopted another weird pet, because we all know you have an antecedent of that.”

They stopped. Olly carefully took the creature out of her backpack and handed it over to her brother.

“Be gentle with it,” she said.

Her brother looked at the thing from many angles.

“I’m an alumnus of science and I say it’s not alive.”

“An alumnus. It means a male graduate in Latin. But you can also use alumna, alumni or alumnae. And because I’m so smart, I say it's not alive,” he said, tossing it from one hand to the other.

“Alright, you can have it. But, except this part of the story when you tell dad. You don’t need to aggravate his stress level. It will be a secret between you and me,” he said and winked

“I will,” said Olly taking the fluff from her brother and putting it in her backpack.

As soon as they arrived home, Olly dashed to her room. With great care, she took out the creature and put it on her bed.

“Are you dead?” she asked after a few minutes of complete stillness. The creature opened its eyes. They were as black as its odd fur, but they shined with brilliant sparkle.

“I’m sorry for that. My brother is a bit of an idiot sometimes, but I love him. He’s nice to me.”

She wanted to say more, but a deep cough made her lose her breath.

“Are you ok?” cried a voice from downstairs.

“Yes,” she yelled back after she caught her breath.

The creature was staring at her, its big, black eyes now changing colors rapidly.

A beeping sound came from it. Olly tilted her head and crinkled her nose.

“I bet you’re hungry,” said Olly jumping up, thinking of a way of adapting to her present situation. “I know. Wait here. I’ll get you a big plate of everything.”

Olly thought she saw the creature nodding as she turned around before going downstairs.

In the kitchen, her dad was drinking coffee.

“How are you doing, kid?” he asked. “How was your walk in the forest?”

“It was great,” said Olly, giving him a big smile.

“I heard you cough earlier; maybe the walk affected your lungs. Did you remember to take the antiallergic and the other pills?”

“That’s great,” said her father, patting her on the top of her head. “I have to get going. You know the rules. Your brother is in charge when I’m gone. So listen to him. I want an amicable relationship between you two.”

Olly laughed and hugged her father. He gave her a kiss on the head and left. After he was gone, she opened the fridge and took out a small number of cheese slices, cherry tomatoes, spinach leaves, pineapple cubes, slices of apple and hardboiled eggs. She also took a small amount of sugar and flour, just to be safe.

I hope it doesn’t eat meat, she thought as she climbed the stairs.

“I hope you’re hungry, please accept my offering,” she said, opening the door and putting the plate next to the creature.

The creature stopped what it was doing and hopped over to the plate. Its eyes changed eyes rapidly, as they did before. It analyzed the food and stopped at the leaves of spinach.

A bright light appeared from its eyes over the leaves and a second later they were gone.

She reached out to touch it, but in a fast burst of light, the creature vanished.

“So, if you eat spinach, you disappear. Wait till I tell dad that. I’ll never have to eat spinach again!” she cried in utter delight.

Olly looked at the spot where the creature stood a moment ago. She hadn’t expected this effect. She felt sad it was gone, but she hoped it was home. She took a long sigh. Her lungs felt better.

Probably the fresh air, she thought.