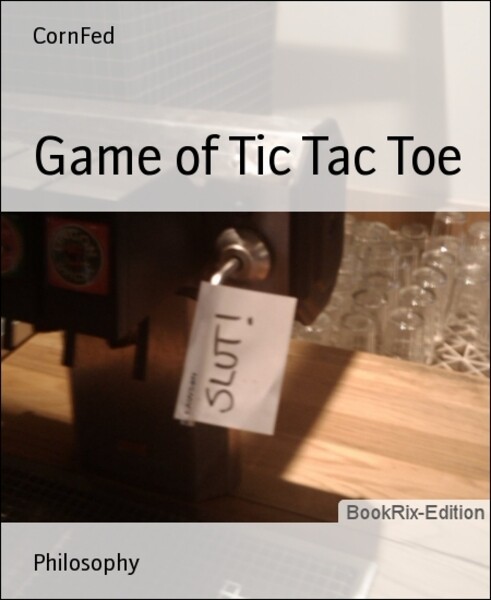 I could never relate to the God of my childhood. They called him Jesus and the name itself sort of threw me for a loop. I've heard Hispanic rap songs with lead characters named Jesus, although pronounced in a cooler accent.

And then look at the picture. You know the one where he’s got his hand on his chin, junior high class picture style. He’s sort of looking up and away, thinking about the streets of gold, His throne up “yonder there”, and all the little children of the world….at least the ones whom aren’t starving and dying. I’ve often wondered if he’s contemplating why in the world God would give Him a donkey to ride? Why couldn’t the Old Testament prophets have prophesied about something a bit more glamorous? Shouldn’t “God in the flesh” ride on a stallion?

It never added up in my mind how *that* guy had everlasting and eternal power. Gentle in sandals and power from above seem to be the incompatible yin and yang of the Jesus I heard about. It’s not too hard for me to understand why some Jews thought He was probably the by product of a carpentry job gone awry.

“Hammer in the head, that’s what happened to Jesus”

They were looking for something dressed a bit nicer, perhaps pushier with the public, a more animated speaker to get the crowd fired up. But they got Sandal Boy instead.

Showing up to church on Sunday morning, dressed to the nines in Tommy Hilfiger and Ralph Lauren, I really didn’t see much use for this Jesus guy, aside from his magical properties to save one from hell. I tried to live to His guidelines because I figured I’d be heading for the everlasting fires of torment and despair if I didn’t.

Sermons about Jesus confused me the most. One day He’s your friend, the next day He’s your Lord, your task master, that guy with a whip. He rode into Jerusalem on a donkey while they waived palm leaves. He was riding my fanny on a tiger. I mentally waived goodbye.

While sitting in church, I would often have “pretend” conversations with Jesus. I had to do something to get through all those lame hymns and the blue haired Jubilee choir. This 20 man and woman chorus sounded like a bobcat fighting off coyotes with a combined age of 2,450 years. In my mind’s eye, I would picture myself walking into church and being introduced to Jesus for the first time:

“God bless you my child.”

“I teach others to be fishers of men.”

“Hmm. How about hunting?”

“God made man and gave him dominion over the beasts of the field.”

“Evils is as evil does.”

“Ok, now onto more pressing matters…..is it ok for me to kiss a girl if I like her?”

“If your right eye causes you to sin, pluck it out. In your case, seal your lips.”

“You’re kind of a kill joy there Jesus. Let me know when you’re in a better mood.”

“Peace be unto you. And don’t talk to me like that or I’ll cast you into the lake of fire.”

But times have changed. My life has changed. My experiences have taught me some truths that I could never readily ascertain from the undiluted holy and perfect word of God alone. Jesus lived 33 years and somehow I’m supposed to believe His entire life, including his thoughts, feelings, struggles, and divinity is contained in 4 small books the size of Cliff Notes? That doesn’t leave a whole lot of room for interpreting and applying God's work into my own life. I could write that many pages about my own life in the last month alone.

For me, the essence of God had gotten lost somewhere. It took me experiencing the Entity I call God and others call Jesus, to truly understand book 5 and beyond.

As I’m sitting on this plane and thinking about Jesus, God in a human body, as I know Him today, my everything-but-pretend conversation would go something like this:

“Jesus, how you doing there”

“Ah, pissed. Yes. I know all about that. One time, there was this lady about to get stoned by a bunch of men accusing her of adultery. Let me tell ya, it took all I could do not to send down a few thousand locusts.”

“I remember reading about that. The way you handled it was pretty slick.”

“Yeah, Father thought it was pretty cool. Although He really wanted to have a fig tree nearby for me to burn down. For some reason, Father has a thing for fig trees.”

“Hey, I was wondering, that slut...I mean, that adulteress, while you were talking to her accusers, what did you write in the sand anyways?”

“Ah, yes. There have probably been a few million sermons on that one alone. You want in on a secret?”

“Yeah…the first time I bent down, I drew up the game. The second time, I put a big X in the upper right corner, my favorite place to start.”

“I almost don’t want to ask this but…I’m assuming you won?”

“Nope. She sort meandered over to me, eyes sparkling and at the same time sort of overwhelmed by it all. I let her win. Heck, she’d had much loss in her life, might as well let her start her new life off with another win.”

“Ha, an adulteress beat the Son of God in a game of Tic Tac Toe!”

“Yep. Let’s not talk about it again ok?”

“What? What about Mary?”

“That was her name, Russ. The woman being accused. Her name was Mary Magdeline. It wasn't "adulteress" and it's not "slut". It’s not what she did that matters.”

“Jesus, gotcha. Even an adulteress can know God huh?”

I know exactly how that woman felt when her accusers walked away. I can understand the confusion in her mind as she tries to grapple with what has just happened. All she had known was defeat.

What is this new feeling?

Am I supposed to feel this free? I can see her eyes widen when she realizes the answer. I can feel the crispness of the air that was blowing in her face. It was a new sensation, the kind you walk slowly into, hoping it doesn’t end. She probably extended her arms hoping to catch all of it. Where there existed uncertainty as to her next step, she saw Someone kneeling down, grinning. He didn’t have to motion her over. I can only imagine what she must have thought when Jesus redeemed her from the contempt of others and herself and then, moments later, was laughing with her over a game of Tic Tac Toe.