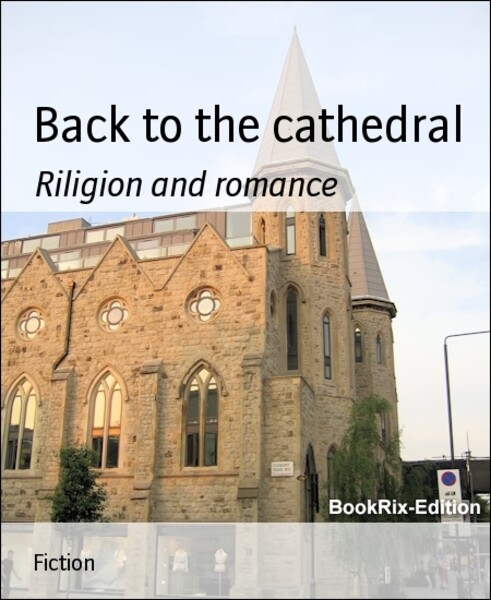 Back to the cathedral

A fiction about religion and romance

***********25
Addicted with woman and wine, sexy and hot landlord John had been spending his time just sitting at the home. The home for him was like a prison because even he was not allowed to go in his room. His room was locked and he had to sleep in front room with his granny who watched over him at nighttime. In day time he rode the horse around farm and worked with Mark. It was too difficult for him he couldn’t be even fantasizing freely. His father got very good time to help his mother so Martha was doing very well. She had never got any problem since last two weeks.
“I think rest is very important to you dear, so I have been thinking to get John married”
Mr. Peter said handing over a big pan full with washed pieces of chicken to Martha.
“Everything is ok, why you thinking so rudely, he is still boy and now he has improved”
“No honey you don’t know, our son is not a boy, he is so powerful, I was shocked when I saw him at pub, he can makes aged lady turn down, so don’t think him a boy, we must do something for him, he wouldn’t be silent more, I m much worried about him”
Mr. Peter expressed deep worry before Martha.
“It’s useless to argue with you so do whatever you want to do” his wife replied disappointedly.
“Ok thank you sweetheart, I just want your permission, I try today to show him some landlord girls, I always see so many girls coming from garden with beautiful flowers in hand, I think he would like them and select one of them”.
Mr. Peter told Martha hugging and kissing from behind while she was staring in bowl and he decided to take him at evening when all girls passed by road.
John and his father are going on same horse. John was riding horse holding reign and his father was behind him. Horse was walking comfortably. There were a group of teenage girls coming from opposite direction. Both father and son looked at them from some steps far away.
There were six teenage girls in group. They were fourteen to sixteen years old. They were from landlord family. They were wearing beautiful dresses longer than their knees. They were also wearing ornaments in their ears and necks. All were holding bunches of flowers of tulip and rose in their hands. They were coming from a nearer flower park, picking flowers and going to their homes. They all were walking in respective manner. Their thin legs were shining and their delicate feet were touching the earth like dancing peacock.
They were talking to one another in slow voice. There were smile on their face and their bodies were shaking left and right while walking.
When both father and son reached to them they tried to attract John.
One of girls told to others
“I always love pink roses”
“Me too”
Repeated others two girls simultaneously.
John’s father was looking at them continuously. He couldn’t be silent.
John’s father tried to talked with them saying
“Hello beautiful girls, you’re looking more beautiful than roses”
“Thank you gentle man”
Replied all girls together and laughed. John didn’t even look at them. They were not fit to him in his eye. He sped his horse and they were much far away from girls. His father snatched the reign from his hand and stopped the horse and said angrily
“Idiot boy, look at them they are landlord’s girls, our society girls, you must select someone from them dear because I’m goona get you married as soon as possible”
John replied making face
“Dad, I’m not interested in them, you know they don’t suit me, they are girls and I think I’m a man.”
Mr. Peter looked at him strangely, tried to explain
“Oooh my poor fellow, listen, these are girls who deserve to you to be your wife, my crazy son “
John said cutting his explanation
“No dad I don’t like such kind of girls”
Mr. Peter asks eagerly to know
“Which kind of girl you like then? my boy”
John asked seriously
“Dad, do you really wanna make me get married?”
Mr. Peter replied seriously
“Yes my dear, you know I love your mom more than anything. And she really needs rest, she can’t do much work, work isn’t good for her so we need another woman in our house to care of us, our family, and our home.”
John clarifed his choice
“Ok, than dad these girls are not suit to me, you know.”
Mr. Peter asks
“What is wrong with them?”
John thinked a moment then he said stammering
“They… they…they have not big boobs good enough to enjoy, I like woman with good boobs. She looks sexy.
Mr. Peter got shocked and uttered surprisingly laughing
What? What? Ha…ha…ha…ha…ha…ha…ha…ha…ha…His father laughed and laughed so much that he was bent, John felt shy and said keeping his head down
“I m sorry Father”
“Ok, ok, my boy you don’t need to be sorry, I think my boy really has grown more than he should be, but you no big boobs woman will get older soon when you’ll be still young”
His father tries again to explain
“I don’t think so, let’s go, father, its goona be dark”
John avoided further talk and his father mounted again, they were back to home