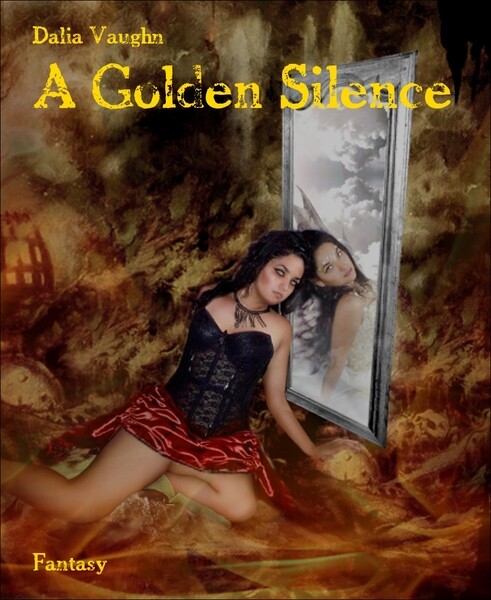 The pain in my arms, legs and chest was cruel and unusual. I had never, in my entire life, run off at such great speeds like I had just then, and every mile was torture. Pure. Torture.
Everything was moving by at a ridiculously fast pace; I’d been running for what felt like ages, but I couldn’t stop. I’ve been waiting for almost five years to break down the walls that were holding me captive inside my own mind, to revive the part of me that had died and let her truly feel everything I’ve been suppressing for so long. The fear, the anger, the guilt; all of my emotions had been bottled up, and now if I didn’t do something soon, I feared everything would boil over all at once.
I know that Xander would be taking a lot of heat for breaking curfew, as well as my untimely disappearance. I would owe him my life when I returned home; we were always bailing each other out of trouble, so what made me feel so guilty about leaving my best friend to fend for himself against our parents…and my brother? Oh God, my brother! If Jason had his way, I’d never see Xander again. But I couldn’t turn back now, I needed to get away and clear my head. I would deal with my family after they’d had time to cool down; I just hoped they wouldn’t be too hard on Xander. After all, it wasn’t his fault that I’d suddenly lost my marbles and decided to ‘skip town’.
Finally stopping, I settled down in the shadows of an abandoned church building. Years ago , before it had been burned down, this church had been a safe haven, a place I could come to whenever I needed to clear my head. I hoped the same could be said of it now even though it stood in ruins. What did I even need? I had no idea, all I knew was that long ago my heart was broken in to a million tiny pieces and somehow I needed to find a way to reinvent myself. I’d lost who I was and I needed to find her again, I needed to forgive myself and move on from the pain. The only problem is that I don’t know how. I’ve contemplated spilling all of my secrets, finally telling my parents why I’ve changed so much, but that would mean speaking again. But I’m not so sure I’m ready for that yet, I’m not so sure anyone’s ready for that yet.
Except maybe Xander. We used to sit for hours and talk about nothing at all. When I was with Xander nothing else mattered; I always knew that no matter what I did, no matter how bad I’d messed up, Xander would always be there to pick up the pieces that remained and try to put me back together. For six years, he’d been my one constant friend, my secret weapon in dealing with the past that haunted me day in and day out. Whenever I couldn’t sleep, Xander had been there to talk to me until the sun rose the next morning. And when I’d stopped talking, I watched as Xander’s world had tumbled down on top of him. I didn’t know if his Emery was even still in existence in this life, much less if she wanted to be found.
I lay back against the remainder of one of the walls and closed my eyes, memories of Xander filled my mind and soon I was in a deep sleep, a dream playing through my subconscious.

There I was, sitting on a bench in the park, I was meeting Xander for our usual afternoon escapade of ice cream and terrible jokes about school, the only way I could experience true high school drama was to listen to Xander go on and on about the kids in his classes. I was particularly excited for today because it had been a few days since I’d been able to see him; what with my homework and extracurricular activities, it was a miracle that I was seeing him now.
He was unusually late, but I wasn’t too worried seeing as how his high school was on the other side of town. The sun was out but it was far from being warm, the wind had picked up and suddenly I regretted tossing my jacket on my bed before I left. I was used to the cold, but something about this afternoon made the lack of warmth rather unbearable. As I looked at the people around me I wondered how many of them were in shorts and a t-shirt, and none of them appeared phased by the sudden drop in temperature, yet here I was shivering as if this was the Antarctic instead of Canada. Something was seriously. Wrong. With. Me.
First seconds passed by, then minutes, and finally hours; still no Xander. It was unlike him to just drop out of our plans without at least texting me first. Where was he? I was beginning to get anxious. I’d been waiting for three hours. Why hadn’t he shown up? What if he was hurt and needed help? There was no way I could get to him, and even if I could, how would I even know where to look? At the thought, my anxiety turned to outright fear for Xander’s life.
I looked up and noticed that most of the people in the park had left; I was virtually alone, except for the sketchy guy a few feet away. He sat staring in my direction, but I couldn’t tell if he was looking at me or passed me. He wore a slightly tattered trench coat and his hair blew about his face in the breeze. He stood up and I realized that he was a lot taller than I had anticipated; he no doubt would tower above me. It wasn’t until he started walking towards me that I noticed his face held an urgent expression.
“Emery Rogers, we are in dire need of your assistance. Please, come with me. Quickly.” The man spoke in a hurried tone, looking over his shoulders as he extended his hand for me to take.
Not really sure what I should do, I took his hand. In an instant the entire world whizzed by and I knew I wasn’t in Vancouver anymore…

I awoke with a start the next morning. That dream seemed so real that I thought I was back in that strange land. I hadn’t thought about that day in so many years, but I remembered how sick I’d felt knowing I had turned my back on people who had done nothing to me. But how could they expect me to just leave the life I'd always known to run a world I'd never even heard of before? As a Faerie. I turned my back on a dying race, and hadn't spoken a word to anyone since then. Was it guilt that kept me silent? Or fear?
I still wasn't ready to return home, not yet. I felt there was something I needed to do, something I needed to find within myself before I could go back. Part of me wanted to be unrecognizable when I went home, then maybe they might start seeing me as more than a troubled teen with an attitude problem. Not just my parents, but Xander too. He was beginning to treat me the same way everyone else - except Ben - had, as if I were some kind of mental case.
If only they could put themselves in my shoes... They would see that some things simply can't be explained. But even that seemed like a long shot. If they hadn't tried to understand before, how could I be so sure that they would now? It seems to me that we're going around in circles all the time; I don't talk, therefore their solution is to control me. Every day it seems like it just gets worse. It had finally gotten so far out of hand in fact, that I took off! As if there were nothing to it at all, I had, in my mind, fallen completely off the face of the earth with no promise of returning.

Where the hell was she?!
It had been three days since Emery had taken off, three days since I had abandoned my search for her, three days since I’d agreed to stay away from her. I haven’t the slightest idea why I gave my word to leave her alone, was I angry at her for leaving and not telling me where she went? Was I afraid of what would happen to us when she returned? Oddly enough, the only one seemingly not fazed by all of this was Ben.
Come to think of it he had seemed rather calm when I told him that she’d randomly disappeared, in fact, he seemed unusually delighted about the whole thing. He’d been acting like it was the most natural thing in the world, as if there was some secret she hadn’t told me yet. But why would Ben know anything about Emery that I didn’t already know? I was beginning to wonder if he knew or had anything to do with why she’d stopped talking years ago. I would definitely have to ask him about that later, but right now I was going to catch some sleep.
I hadn’t been asleep for more than an hour, when Ben burst through the door; I sat up rubbing the sleep from my eyes and watched as he rummaged through the closet. “Oh, for Christ’s sake! Ben, what the hell are you looking for?”
Ben stopped and quickly turned around. “It's nothing, never mind. Just go back to sleep, man.” He went back to searching through the closet, becoming more and more frantic as time went on. I tried not to let his sudden panic affect my rest, but the longer he was there, the more I began to worry about him. Against my better judgment to just leave well enough alone, I got up and walked over to the closet.
“Here, let me help you. You’ll find whatever it is you’re looking for faster.”I took the pile of clothing that Ben had in his hand and shook each item out before I laid it out on the floor, then turned back and waited for him to hand me the rest. “If what you’re looking for is a relatively small item, it’ll fall when the things are shaken out.”
Ben stared at me stunned for a few minutes, the look on his face a cross between pure confusion and gratitude. Although he seemed a bit cautious of my presence in the room, I was sure he needed my help and would appreciate it in the end. Ben wasn’t the kind of person to just up and ask for help, not like Emery. He was independent, and unless he was hanging out with Emery and I you never would have known that he could be pretty outgoing. But even then, he was quieter than usual when it came to Emery. There was something about the way he looked at her, they way he talked about her, that made me wonder if he saw her as more than a friend. But then, why would he? She hadn’t ever showed any interest in Ben before, but even I know that doesn’t have anything to do with whether or not he has feelings for her. But he should know how I feel about Emery, that I’ve loved her since we first met; if this is true then he wouldn’t even dream of betraying me like that.