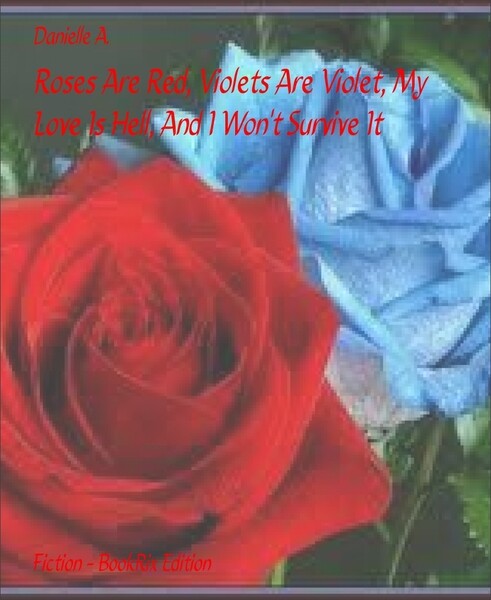 Preparing For The Date

"Where the heck is it?!" I yelled bustling around the room and searching everything.
"Where is what Lyniah?" My sister asked caressing the side of her head from bumping it on the bed's headboard.
"Go back to bed Lynii."
"Well...you woke me up...you know I have a chorus concert at 8:37."
"Yeah...and its 7:30...better wake up to get ready for school." I said, not even glancing at Lynii.
"Ughhhh....Lyniah!! You didn't wake me up!" She scolded.
"I did! You mumbled wait and fell asleep. Then I awoke you AGAIN and you STILL didn't get your stupid lil'-"
"HEY! Watch it."
"Yeah okay then. Anyways,have you seen my emerald heels?"
"Naw' son." I ran out my room and ran down the stairs...passing a mirror outlined with bamboo. I backed up, just enough to see my HORRIBLE face.
"OHMYGOODNESS!" Mascara trailed under my eyes. My lip stick smudged everywhere on my little perfect Barbie Doll face. My hair also was a-part of my ugliness this morning. I looked like I rubbed a balloon on my blond hair...which meant...it stuck up. I looked like a Barbie Doll dipped in multicolored paint. I was so ashamed that I ran into my mom's room to grabher

emerald heels, then told one of our servants to iron my new green minidress. Last, I ran a hot bath and stripped.
"Aahh." The bath felt luxurious. It reminded me of the hot tub we have in the sunroom. I grabbed my Blue Lagoon liquid bath soap to rub it all over me. Finally feeling like a normal teenager.

The shoes seemed very decent to me. But the dress was petite and made my body look much more attractive.
"LYNII! LETS GO, RIGHT NOW!" I heard my phone ring and realized it was Darren.
"Hello?"
"Hey Lynii."
"Uh Darren...its Lyniah."
He cleared his voice and spoke...but it wasn't directed to me. "Sorry, my mom."
"I uh, understand."
"I get you and...Lynii mixed up."
"Yeah, we are twins

wears?" No answer.
"Darren?" I looked at my phone, unfortunately, it said call is over.

"Well that was rude."
"What rude?" Lynii asked drying her hair.
"Oh, nothing."

After I was done speaking with Lynii about the date,I bet she headed upstairs to find the worst dress she could to ruin the date with Seth. I rolled my eyes as she came downstairs in our great-grandmothers ball gown. Okay maybe she didn't. The dress stopped at her shins and was a blue 100% silk. It still made her look like a mermaid in human form. It brought out her navy eyes that held anger and annoy for me. Her hair was surprisingly beautifully done by Hortensia...our best servant.
"How do I look?" I asked.
"Your wearing what you wore at school...and my answer, you look the same as two hours ago."Her eyes showed much annoy.
"Don't ruin the date Lynii."
"Yeah yeah yeah, can't do this, don't do that. Will you shut up!"
"Listen, I know you do not wanna' go on a date with Seth, but he is a cute guy ya' know."
"Tell that to your boyfriend

Darren.Yeah, I heard you guys go out."
"Lets go." I angrily snatched the keys from the key rack and the door holder generously opened the door. I was so busy with myself being angry, that I forgot to say thank you. One thing mom taught me, is to say 'please' and 'thank you'.
"Oh, thank you Bill."
"Your welcome Miss Simmonds." When I approached the car, I stood there and waited for Lynii. When I glanced at the door, she was standing there looking horrified.
"Whats wrong?" I asked.
"Oh, its just that, you, you bowed to someones knees. You said...thank you."
"Ugh, get in the car. And what I did was polite."
"Polite? More like stupid."
"You look nice." I complimented changing the subject.
"Hmph, I look like a waif."

When we arrived, Darren was already sitting at a table. But Seth was't there.
"Hey babe." I said then hugged Darren.
"Hey."
"Well hello Lynii. How are you?" She looked up from staring at her toes and with a nasty attitude and said,
"Don't bother me."
" I was just saying, you look decent." I felt funny about the way he spoke to my sister. He didn't compliment me.
"What-ever. Wheres Seth?" She asked, obviously changing the subject. She tended to do that much nowadays.
"Hes' in the bathroom." Lynii and I were just about to sit when Darren said, "Allow me." He stood up, pulled out a seat for Lynii, why her first? I was

his girlfriend. Then he pulled out a seat for me. I was annoyed at how odd this night was, just for me. I wonder If Lynii felt the same. A few seconds later, Seth emerged from the bathroom panting. We all noticed, except Lynii.
"Dude what happened?" Darren asked looking Seth up and down.
"A guy tried to take my money. I yelled help and the police came."
"Really? I didn't hear nothing." I said.
"Me either." Said Darren.
"Hello? People, I came to eat. Not to start a conversation about Seth's stupid lil' fight where I wished he got beat to death." I turned to face Lynii. Then Seth. He looked very hurt.
"Lynii!"
"No, Lyniah. You made me go on this stupid date. You know, I wasted a whole hour looking four this dress."
"Close your mouth." I said looking fierce-full.
"You know what forget this." Then she walked off through the front door...followed by Darren.
"Lynii, you can't leave your sister!"I stood there looking dumb as hell.
"Seth," I began. "I'm sorry for her behavior. She is just, different."
"She wanted me to get beat to death."
"I'm sorry."
"She wanted me to get beat to death." He repeated. "That bitch."
"Yeah, she can be one. I'm so so so sorry."
"It's allgood. Maybe we can...work something out?" He said taking my hand. The violated feeling inside me increased after he spoke, then touched me.
"Uh...I got out with Darren."
"He doesn't have to know." He said pulling me closer. I was being reeled in my Darren's brother.
"No."
"Yes." Then he kissed me. I wanted not to, but I kissed him back. I felt like a trader. If Darren caught us messing around...he would me. Including Seth. So I pulled away. The kiss was so good, I wish I hadn't pulled away. But I shouldn't be feeling like this about Darren's brother. Not in a relationship, not ever.
"Why?" I asked tears rolling down my face.
"You don't notice do you?"
"Notice what?" He laughed. His laugh was sexy and cool. It made me cling to him more. This thought made my crying increase.
"Oh nothing. Better go talk to your sister." I didn't hesitate. I ran while preparing to say what I was going to say when I reported it to Darren. But when reached the door, I saw a couple's shadows and they were kissing. I didn't want to distrub the couple so I hid behind some lilac bushes. Come to find out, that couple...was my Darren and my sister.
"Ah hell."

I couldn't believe my eyes. My sister

boyfriend! But okay. I'm not that type of chick to cry about that. I'll get revenge. It doesn't matter If two wrongs don't make a right. She is gonna get hurt...severely.
"Darren, she'll find out about us."Lyii said slowly caressing the side of his head.
"No she won't. She is probably giving her 'words of wisdom' to Seth. Or maybe, cheating on me by kissing up a storm with him. Either way, I really don't care."
I dug my phone out my purse and turned the flash off. When they began kissing again, I quickly snapped a photo of my soon to be ex-boyfriend and untrustworthy sister kissing like Darren and I never went out.
"Can't nobody hate you, like I'm hate you both." I whispered. SNAP

When I tried to press the camera button, my purse was snagged in a branch and it popped. Making one of the ring go flying where Darren and Lynii stood.
"Did you hear that?" Darren asked. Sounding like Sherlock Holmes, but in a sarcastic voice.
"Yeah. Probably an owl or something nocturnal."
"Naw, the owl would have screeched like schhheeeeee

!" The people stared, but they didn't seem to notice.
"Whats your problem?!" Lynii asked cracking up. I've never seen her so delighted over something simple as commotion. She was laughing looking at her feet. She noticed the silver spiral ring that was lying one the concrete, waiting to be discovered by a silly little kid. Not Lynii.
"Hey. You see this?" She asked Darren who looked confused. She picked it up.
"Yeah, just some kinda'...metal swirl. Whats so noticeable about it that stopped your lovely laughing."
"Darren seriously. This is my sister's

."
"Yeah,so? She probably dropped it on the way in."
"No smart one! Remember, she didn't come in this door."
"Oh yeah. But, it was probably someone else. Rich people do eat here too."
"Well she is the only one i the world

to have 'Louis Vuitton' carved in all the rings." I became nervous.
"Spirals."
"SPIRALS RINGS SAME THING! WOULD YOU FOCUS!?"
"Okay okay okay. Well is it carved in the spiral?"
"You tell me dumb nut."
"Give it here." She handed it to him.
"Yup, its her's alright." They both looked at the bushes. Which was now still, I couldn't even hear myself breathing.
"Hello? Lyniah?" I didn't say anything.
"Forget this crap." He walked over where my "stakeout" was and separated the bushes. The wrong bushes. I sighed in relief.Bad luck, he saw my bag and pulled.
"Watcha' find? Her-"
"Bag."
"But she had her bag with her in the restaurant." She peeked back in the building to locate me. Of course, I wasn't there. All she saw was Seth flirting with this girl Kaitlin who goes to our high school.
"Uh, shes' not in there." He saw my arm pull my bag and his face went pale.
"Uh...I can...can...I ex-" He sputtered.
"Why are you stuttering?"
"Ehem." He cleared his voice. She came over here to see. Then spoke.
"Lyniah....I...I....it was his fault. He lured me to him." I shook my head. Then, I climbed out the bushes while brushing the debris off my butt and thighs. When I looked back up, Darren was standing in front of me with a fake "im sorry baby, forgive me" look.
"No." I turned to Lynii. Walked closer.
"You are so irresponsible. Blaming everybody but yourself. Your a mess. Que verguenza

!" I said in spanish. "Shame on you." I learned from our spanish maid Hortensia. Then, I grabbed her ad slapped her in the face, throwing her towards the bushes, which she fell in. This time, these were bushes with thorns.
"Gimmie'."I said snatching my bag from Darren.
"And you. El lio tambien

." I said in Spanish. "Your a mess also." Then I walked away. Not even glancing at my bleeding sister.

Dedication:
Dedicated to all the crap that goes on in someones life. Trap It in a box...and give it to someone who deserves it.