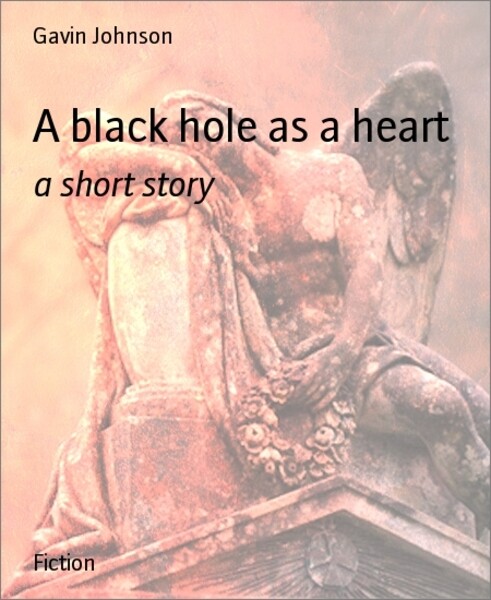 Once there was a man who had everything. He had a wife, two wonderful children, a fancy car, millions of billions of dollars, food on his plate, and a paying job. But then something terrible happened, a disaster plague had fallen on his town, people who were caught in it had become diseased and immeadiatly died, unfortunatly, the man's family was caught in this, and died, the man himself was away on a Buisness trip, but when he returned, his home town was a wasteland, filled with rage and tears, he fleed the city.

He went to live in a quiet town where nothing happened, but everything happened to the man, everything terrible, he lost his job, and couldn't find another, he had grown old and wary, he was full of hate, so he had no friends, nor girlfriend. He would always sit alone in his cheap, old, wooden house, and think how miserable, of terrible it is. His heart had turned into a living black hole after all the hate and agony.

Two miles away lived a little girl, named Sally Dickenson, she was bored, so she cut school and just wailked around, after a while, she came across the man's house, something about it creeped her out. "Where the Hell am I?" She wondered. She looked for the way back, but she was no good with directions. Which was North, which was South, or East, or West? Sudenlly, a man came from the door, he was old, and had a menacing look in his eye.

"Get away from my house!" The man rasped. Sally was a little surprised that an old man had such a powerful, and harsh, voice. "Get away from my house!" the man repeated. She dashed away. The man softened, held out his hand, and fell down the steps. Thud! Thud! Thud! Crash! It was fortunate that Sally was merely jogging, for if she ran, she would have not come to his rescue, and he would have died.

The next thing he knew, the man woke up in the hospital, in a small uncomfortable hospital bed tray. "Where....Where am I?" The old man asked. "In the hospital," answered a docter, "a young woman took you five in a half miles on foot to get you here." He glanced at a shaggy figure, the girl who he yelled at, saved his life. When the docter left, The man sumoned the girl, Sally, He thanked her and told her that if it wasn't for her, than he would've died.

Then, something amazing happened, the man's heart had changed from a black hole, to a regular heart, an emptiness, finally filled, it felt great, the man felt more alive than ever. But in all happiness, a tradegy happened, his heart could not take being active after all the years of inactivity, it stopped, the girl called to him, but had no avail.

Sally had actually went to the old man's funeral. Not many were there, just her and a couple of former docters, she could tell she was the only one who was sad. The old man gazed into an abundent darkness, his journey in Hell was about to begin, Then, a light came, it ripped open, through the dark sky. The man's family from Heaven.

"Maya? Theodore? Tanya?" The man was shocked to see his family. They explained to him that he could come to Heaven with them. The light grew faint, so the man jumped through. And from then on the man lived in Heaven with his family, forever never dying, and the man was happy.