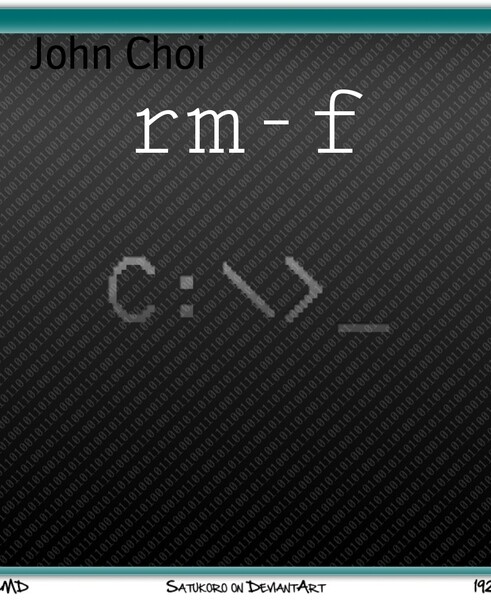 Jun had really bad childhood. His father was a serial killer, his father committed suicide after his 12th kill. Jun was just a 15 years old. People avoid him and ignore him when people find out that he is a son of serial killer Woo Sung. Jun didn’t have any friends because of that. He needed to exercise for not bullied. And he studied because he wanted to be recognized. As a result he entered S University which is best university in Korea. Jun just wanted to spend his college years quietly, no one cares about him, no one knows about who he is. However, in the first day, everyone found out who he is and avoid him, ignore him, and swear him. Jun really hates that and he even thought about suicide. He just endures all the things for the future. People acted worse, people take a picture of him and post in the SNS and he got many emails threatening him to drop out the college.

And one day Jun heard some students taking him a picture and goes to them and asks them to delete it, but they say that they did not even take the picture. This argument became larger and accidently he pushed the girl. They went to the police and the girl says that she will never make an agreement with him and ask police to just put him in the prison. In that time, one detective came and says finish this cooperatively to Jun. Jun did not even say a word, not even his name. The girls say that he is a son of serial killer, Woo Sung. Then detective just delay the thing into tomorrow and bring Jun into his room. A detective says that he is the one who was in charge of a Jun’s father’s case. His name was Won Lee. And Won asks Jun to bring the broken laptop which was only a heritage that Woo had.

Jun brought this to home and just threw the laptop away. Then laptop turned on. Jun was wondered why this turned on because the Won said that it is broken. The laptop was in page that says “Please put your finger on the touchpad to register.” He was wondered that this kind of old laptop has this finger scan ability. Anyway Jun put his finger there. The laptop said that no one knows where and when this laptop made, but this laptop has a function to delete people’s memory. If you enter the information of the memory that you want to delete, you can see the last view of memory. Also, all the memories in the internet and electronic equipment are possible to delete, but things like newspaper and printed pictures are impossible to delete. So you have to find it and delete by yourself. And there are memories that can be deleted in 100% and there are memories that cannot be deleted. However, in any circumstance, it is impossible to delete the own memory.

Jun thought that it is just a game. Then Jun got the message from the police to come to the office at tomorrow 5 p.m. Jun just wanted to test the laptop. He entered the information about the case. He found the picture of it and press the delete button. Then laptop said you should eliminate all the evidence in the real world in the fall back time. You will fail to delete the memory if the people who lost the memory see or touch the evidence. And laptop says remaining evidence of the case is statement in the desk drawer in the Won’s room.

Jun called the police if the police remember him. And the police said that he does not remember the case. So he reached that if he only removes the statement, this becomes completely nothing happened. Jun went to the police office and found out that no one remember him. So he lied to the police that he is the son of Won. Jun went into the Won’s room and found the statement. Then Won Lee entered the room. Jun just used the ability of laptop and ran away. During that happens Jun found out that there is 1-2 second stun when people lose the memory.

Jun went back to home and deleted the memory of people that stigma of serial killer’s son. Luckily the case was never on the paper, so Jun did not have to find for the newspaper all over the country. Everything was in his control. He deleted all the mistakes he made and he became the perfect man. From that time, Jun was remembered as a perfect man, she became popular as a good looking guy who is smart and also have not even one mistakes, like perfect man. About the time that he erased memories of people, Jun met the person that he really wants to remember. He wanted to have her.

Her name was Yuna, she was a freshman in the university. She was pretty and she was popular. She was in same department with Jun. Jun was a departmental student representative. Therefore, he was able to get closer to her easily. However, Yuna already had a boyfriend. Jun found out with the laptop that Yuna’s boyfriend’s name is Hoon. Moreover, he found out that Hoon has three girlfriends. So for him, Yuna was just one of his toys.

Jun decided to delete the memory about the day they met, which would make both of them into strangers. However, the laptop showed that they success percentage as 21%. In the most of the cases, less than 50% is almost impossible. So he concluded that it is not able to delete the memory, so he changed his mind. He planned to make new bad memories for them. Jun deleted memories of Hoon about their date. Hoon was not able to remember the date so he hung out with another girl. Jun also erased the memory of Yuna as well. Yuna forgot what she was waiting. Then Jun went to Yuna. Jun brought her into café and talked about campus life. And they talked about future as well. Yuna was the singer wannabe. After some talk they needed to pay. Yuna opened his wallet and saw photo of Hoon. Yuna remembered the date and went to the place Yuna and Hoon should meet. Yuna went there and though it is too late, but Hoon just reached the place. Somehow he remembered and came about 30 minutes late. Right after Hoon came, he apologized. Since, Yuna forgot as well, they did not fight. However, Hoon forgot their 100 day anniversary, and late on 3 more dates. Yuna got mad every time he missed it. Also, each time Hoon missed his date, Jun get into close touch with Yuna.

When Jun was enough close to Yuna, Jun planned Yuna and Hoon to break up. Hoon was drinking in the night with his friend about why he is forgetting a lot recently. When Hoon was dead drunk, Jun deleted the memory of him and his friend so that they forgot why they were there. Jun sent Hoon’s friend back to home and brought Hoon to motel. Jun put him on the bed and put the women underwear on the bed. Also, he put woman fragrance in the whole room. Finally he sent a message to Yuna with Hoon’s phone. He said Yuna to come to motel. Next morning, Yuna got the message and came to motel. No one was there only Hoon and women underwear. The room was still full of scent of perfume. Yuna was furious. Yuna made Hoon to wake up and said him don’t see me again. Hoon tried to explain to her.  He supposed that he slept with a girl then what the girl wear when she left. Yuna was totally upset and she said that she does even want to care about her. Finally, Yuna said don’t appear in front of me again. And she left.

Yuna went to bar and was drinking alone. Jun saw her drinking alone in the bar by his laptop and went to the bar. Yuna was little bit surprised by Jun came the bar but she did not care. Yuna told what had happened to her to Jun. Jun pretended that he did not know anything and just listened what she said. Time goes and became 1’o clock. They were there for 4 hours. Yuna said everything about her. They became really close. It was too late so Jun sent Yuna to home. Next morning, Jun was able to be closer to Yuna. They went to café together, they did group assignment together, and they did many thing else together as well. Few days later, Jun said that he likes Yuna and they started dating.

It was really happy for Jun for a while. He was able to do everything with her. They spent really good times together. One day, Yuna seemed really worried. Jun asked Yuna what happened, after he heard what happened he became really upset. Yuna said that she was the one who should be in the idol group. However, she failed because her boss said her that she must sleep with him if she wants to be in the group. Her boss was one of the top Entertainment Agency managers so that if she does not do what he wants, she cannot success even if she changes her agency. Her boss said her that she got 3 more days. If Yuna go to him in three days she can be in the idol group, if not, she would be classed a nonperson. Jun got really upset. Jun said to Yuna that everything will be okay so just relax and wait. Then he will solve the problem.