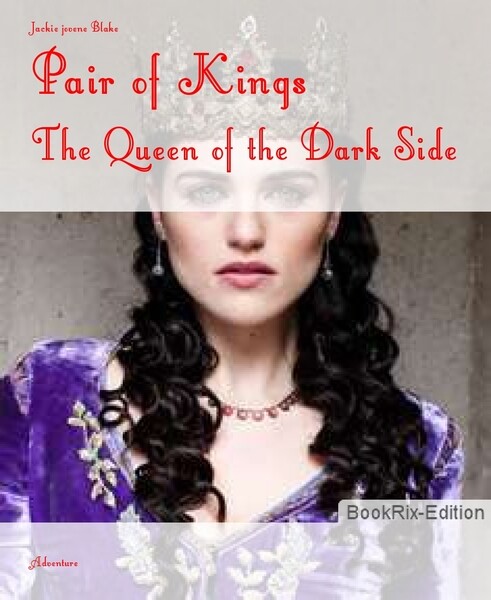 A castle on the dark side of KinKow comes into view. The camera zooms in on the only open window of this castle. A girl of 16 with a crown on her head stands looking out the window. A servant walks into the room.

Servant 1: My Queen, the Elders are waiting.

Queen: Thank you. You may go.

Queen: I am not evil.

(Turns and walks out of the room. The train of her dress following behind her.)

(The young queen is sitting on her throne listening to the Elders.)

Elder 1: My queen, the kings are getting closer to the castle. What shall you do?

Queen: I shall befriend them. That is what I shall do.

Elder 2: Your madjesty, befriend them? Why?

Queen: They need to know that they can trust me.

Elder 1: Are you quite well my Queen?

(She continues to be silent)

Queen: I will work at their castle. As a guard.

Elder 1: But my Queen what abou-

Queen: Final. That is my final answer.

(The Elders are escourted out.)

(The young Queen continues to sit on her throne.)

Queen: Phase one is starting.

Part 2 of Pair of Kings Script (The kings talking)

Mikayla: My kings! I have some great news!

Mikayla: Oh shut it. No, the news is that a islander is now going to be your council!

King Boomer: What do you mean council?

Mikayla: Didn't you read any part of the great book? All of the rulers of KinKow have had a islander as their council. It's grand tradition.

King Brady: What is she going to do all day?

Mikayla: She is also going to be a guard.

Mikayla: She is one of the best on the island, FYI.

King Brady: When does she start?

(The doors open and a teen girl walks in.)

Girl: I'm Rylie. You can call me ry. I'm your council.

Mikayla: My kings Rylie is going to be working here for a while. Oh Rylie here is your weapeon.
(Hands her a machetee)

King Brady: How long have you lived on the island?

Rylie: A couple of years.

(The kings are playing pool with Rylie.)

King Boomer: Your pretty good at this.

Rylie: Thanks. I play a lot at home anyway.

Mikayla: How are you doing? I see your beating the kings at pool.

King Brady: Yeah. So Rylie would you like to go to our party this weekend?

(Rylie's phone rings. She flips it open and reads the text.)

Rylie: I got to go home. Family emergency. Sorry. I will be back tommorow.

King Boomer: Yeah. I wonder where she lives.

King Brady: Me too. We should follow her tommorow.

King Boomer: Let's do it.

(Queen Rylie is laying on her bed,talking on her phone.)
Queen Rylie: I don't know Faith. Zelda is still trying to get the throne.

Faith: Maybe you just need to take the challenge. Make it that you have to give Zelda the throne willingly.That she can't kill you.

Queen Rylie: I know I should do that, but the kings. They'll be afraid of me. They'll want me D-E-A-D. Dead! What should I do?

Faith: Hmmmm.....I know! Tell the kings about this legend of a queen of the dark side. They'll be curious. Show them the great book. Get them wondering then when they go looking for you, show up with guards and your crown and wear the dress!

Queen Rylie: Okay I'll do it! Thanks Faith! TTYL.
(Queen Rylie hangs up.)

Queen Rylie: I hope this works.

(King Brady is sitting on the throne watching as Rylie flips through the great book.)
(King Boomer is playing a game.)
King Brady: What exactly are you looking for?

Rylie: Hold on. Ah here we go. My kings as you know this island is split in half. Dark side and Light side.

(King Boomer looks up from his game.)

King Boomer: So what?

Rylie: The point is that both of your full titles is 'Kings of the light side of the mythical island of Kinkow'. Your not rulers of the intire island. What I'm saying my kings is-
(King brady cuts her off.)
King Brady: That there is a ruler of the dark side?!

(Puts the book down) Rylie: Ok. that's one way of putting it. Yes there is another ruler of KinKow. Don't wory my kings. If the ruler of the dark side was out to get you,you'd already be dead.

Rylie: My kings. The queen of the dark side has powers,just like you do.

King Brady: We have powers?

King Boomer: Can we fly? Walk through walls? Teleport? Read minds? What?

Rylie: Yes and no. Only when you practice or really need them will your powers show. The rings your wearing are what's giving you the skills to do it.

King Brady: So when do we start practicing? 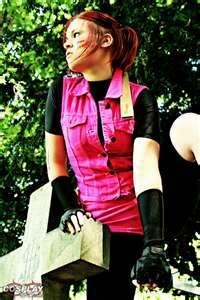 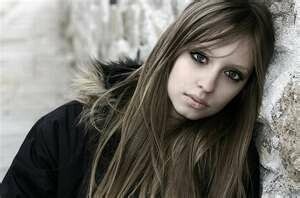 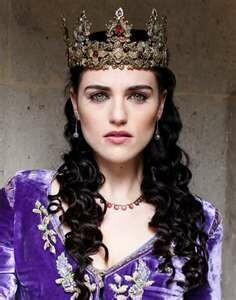 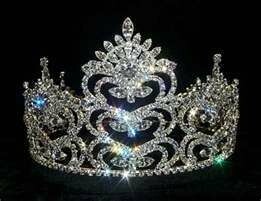 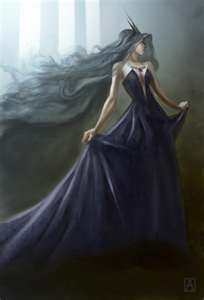 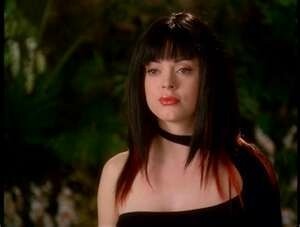 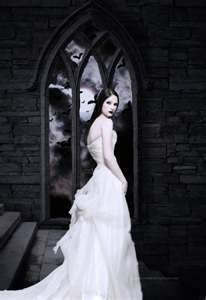 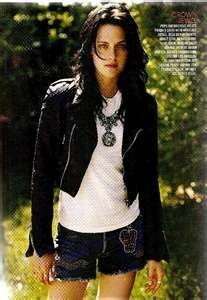 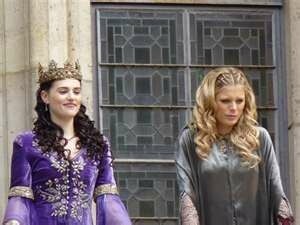 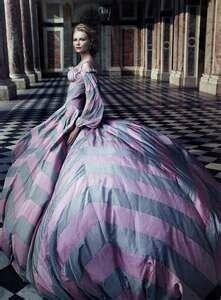 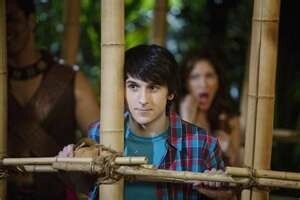 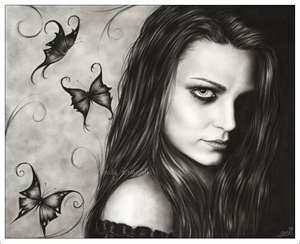 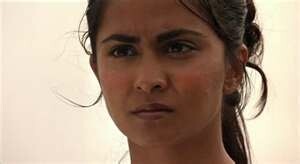 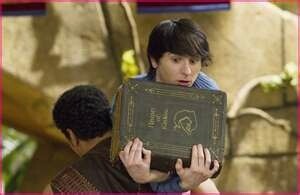 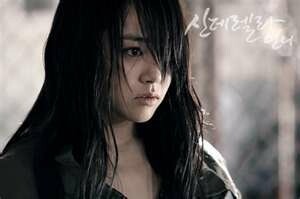 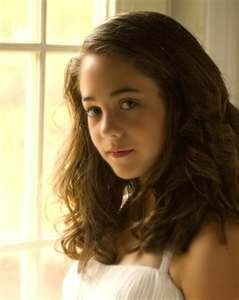 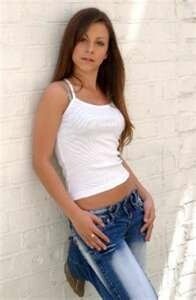 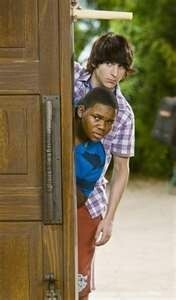 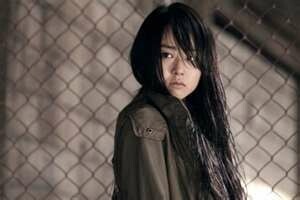 Part 5 of Pair of Kings script (Kings and Queen talking)

(The kings are running through the forest trying to catch up to Rylie who is guiding them.)
(They break through the trees into a clearing.)
Rylie: This is as far as I may go. The queen will help you now.
(Turns and runs away.)
King Boomer: Dude, I think we should run.

King Brady: What was that?

King Boomer: Don't make me do a flying drop kick!

King Brady: They're right you know.

King Boomer: Thanks for the help.

(Queen Rylie steps out of the shadows. A crown resting atop her head.)

King Boomer & King Brady: Queen of the dark side?

Queen Rylie: Yes. It is me, my kings.

King boomer: So you were helping us all along.

Rylie: Yes I am the queen of the dark side of Kinkow. Don't fear me, I am not evil.

Rylie: We must go to my castle. Follow me.

(Queen Rylie turns and walks away.)

Part 6 of Pair of Kings script (Kings and queen talking)

(Queen Rylie opens the doors to her castle.)

Queen Rylie:Welcome to the dark side castle. My home. You are now welcome here.

Queen Rylie: How often do you go looking into the dark side?

Queen Rylie: I have been ruling since my parents died.

King Brady: Your parents died too?

(Queen Xalia sits on her throne.)

Queen Xalia: You are now the most welcome guests in the whole island to my castle.

King Boomer: Why are we here anyway?

Queen Xalia: To help me keep my throne safe from from the hands of my evil sister.


Rylie: My kings how did you fare with the queen?
(Kings excanhnge glances)
King Brady: She needs our help to keep her throne safe from her evil sister.
(Rylie nods her head.)
Rylie: My kings I talked to the queen and the reason for her calling to you is her sister wants to take the throne to rule over the ENTIRE island.

Rylie: In order to ensure her throne is safe Queen Xalia must take the challenge aganist you.

King Brady: Against us? Why?

Rylie: The challenge is basically an insurance for the throne. Once you take the challenge you have to give the throne up willingly to it's succesor.

King Boomer: Since we took the challenge we are insured to the throne?

Rylie: The challenge shall happen in a weeks time.


(Camera zooms out of the castle.)

(then a picture of a clock fast forwarding to the next day shows up.)

(Camera zooms into Xalia at the training grounds.)

(Xalia is wearing a head crown that wraps around her head and a training outfit.)

(Xalia is practicing with a sword when the two kings come in.)

Xalia: My fellow rulers. How are you?

Brady: Because we're uh...afraid of hurting you.

Xalia: Well I was afraid of hurting you. But sadly my kings you still have to fight me.

Rylie: My kings please you must do this.

Boomer: You know Rylie you look kind of like Xalia.

Rylie: Me rule the dark side? Please.


Lanny: And now for the king and queen challenge! Coming from the right is our fellow kings.

(The crowd cheers as the two kings walk out.)

Lanny: And coming from the left is the ruler of the Dark Side!

(The crowd boos as Xalia walks out. She frowns.)

Xalia: Come and get me.

(Xalia laughs and knocks the sword from Boomer's grasp. and points the tip of it aganist Boomer's neck.)

Text: J.J Blake wrote this script but the title Pair of Kings comes from the disney Xd show
Images: from bing.com. It was that easy.
Editing/Proofreading: Rylie Bell
Publication Date: 02-02-2012

Dedication:
to the fans of changes in Scripts