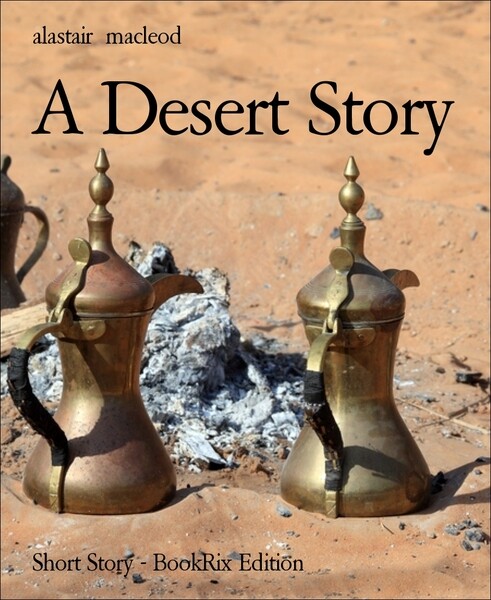 In a far off land beyond the mountain lay a desert country. To some it was bleak and treeless, to others it was magical. At night the stars sprinkled the sky as if on a dark blue carpet. In the day time the sun beat down on a magnificent landscape of rocks and sand, sand that sometimes rolled in huge dunes towards the horizon. If you were a crow you would look down and see here and there a little patch of green – an oasis where date palms surrounded a well.

Hasan was 10. Because he was a boy he could roam where he wanted but he didn’t go far into the desert. It was easy to get lost and you could die from the heat of the blazing sun. There were bandits in the desert too – they could rob you or worse, kill you, or sell you into slavery.

But his father often went with the camel caravan to the city of Tirgiz to buy salt, metal goods and coffee. It was safer in the caravan with all the others and the men carried rifles.

His father would tell him stories of the trips and of exciting happenings. Often the caravan travelled at night to avoid bandits and because it was cooler.

On one trip they met a wandering holy man or imam as they are called in that country. They offered him coffee and a share of their meal as was the custom. The holy man blessed them and then a curious thing happened. He said he carried an important secret and that, as he was old, he felt it was right to pass it on to another, younger man. He would select from the caravan the man most worthy to keep the secret, and the way he did this was like this.

Each member of the caravan had to say what he wished for most. Some said gold, some said silver or gems – some wanted camels.

“What did you say father?” Said Hasan.

The holy man then seemed to tell several men the secret. When he came to Hasan’s father he said,

"Because you wish for no goods or camels you cannot be bought. I have told the others nothing of value, but to you I will tell the real secret.”
“There is a hidden place, a beautiful mosque, “said the holy man “that all men could see and enter if they had the right keys.”
“Is it far?” Said my father.

“It is far for some, close for others,” said the holy man.
“The first key you have – it is lack of greed. The other key is to care for all living creatures even your enemies. The third key is to show no anger or hate. The fourth key is to take only what is freely given. The fifth key is to speak well of others. The sixth key is to have clean speech – when you have all these keys you can open the door and enter.”
“And what is in this mosque?” Said Hasan.

His father told him that the holy man had said that in the mosque was the greatest wealth that a man can have – a constant sense of joy.

Hasan wondered at these words – yes, joy was a good thing to have. With it you would not need gold or silver or camels.

When he felt joy he seemed to float on air like the shimmer in the heat of the day above the sand.

Dedication:
"out of emptiness can come fullness"