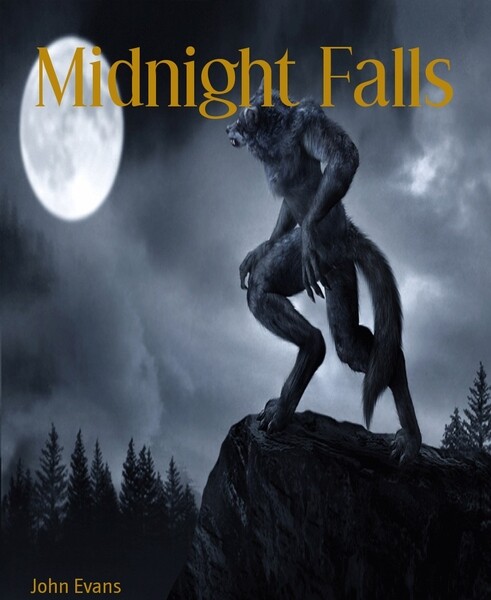 Forward from the Author

Sorry for the long delay but due to publication issues with the rights to publishing hard copies of my books, we have kind of landed at a stalemate. Some of you are still wondering when you can get your hands on the full book, while others of you were lucky to snag it when I first released it for free.

Well, there is some good news and some bad news. The bad news is that as of right now there will be no hard copies until the publishers can figure out how to secure the rights for hard copy release without screwing everyone else who was involved. I don't really care about money because I do this for you guys.

However, I will be releasing Midnight Falls in digital form sometime next year no matter what. If there is a hard copy, great, if not you are still gonna get to finally finish reading it. It will be costing roughly $5, but here is where the good news comes in. For everyone who has already downloaded the free sample, IE the version you are reading right now will get it for free when it releases as this listing will be upgraded to the FULL FINISHED BOOK. So if you have snagged it now while it's free, all you will have to do is redownload it again once the listing gets upgraded and the sample with be automatically replaced with the full copy.

Also next year I am planning on releasing an Anthology of short stories that I wrote over the last ten years, as a sort of ten-year anniversary celebration of when I started writing. Most of these stories have been published in various online literary magazines, and some are brand new or unpublished.

And as a sort of apology for the delays, I included the second chapter of the book just for your guys.

Thanks for sticking with it this long readers.

Even a man who is pure in heart
and says his prayers by night
may become a wolf when the wolfbane blooms
and the autumn moon is bright.

I write this as a sort of last will and testimony. To all those who follow after me; be they curious about what happened in Midnight Falls, or those who may have survived and want revenge. What I did had to be done. That godforsaken nightmare and the fiendish creatures that called it home. They, who had for centuries feasted upon humanity and consumed hundreds of untold lives, had to be purged from this world.

Those creatures were not human, though they walked and talked like people. They had lives and jobs, homes, cars and church socials, but they were not human. They were demons and Midnight Falls was where the Devil set them loose.

I did what I had to do six years ago, and I don’t regret it. However, there is not a day that doesn’t go by that I don’t worry that if such a town as that one could exist then how probable is it that there could be more of them out there? Small out of the way towns like that, are hard to find yet run almost self-sufficiently and can exist nearly anywhere. If that is true then I and the rest of the world are in much deeper shit than I thought.

I have reason to think this is not so as if it were then someone would have noticed. Someone would have slipped up and the secret would have gotten out. No, I believe that Midnight Falls was the only place that they could have existed, and if there are other such communities then they must be in deep dark rural areas, like the unincorporated areas in the far north of states like Maine and Oregon. Someplace where there are few people and few threats.

The more I think about it the more I come to the conclusion that Midnight Falls was a trapped community that was soon to be discovered had it not been for what I did that night. That night, I guess the whole reason I am writing this, what I am hoping to pass on to you the reader, is so that what I did is not forgotten and what evil the world was freed of. The horror of that night still haunts my sleep and there has not been a single night since then that I have not awoken screaming in a cold sweat. Even the nights that I drink myself into a blackened stupor, the nightmares still come to me and play out their horrors on the inside of my eyelids.

Their voices ring in my ears; the screams and cries of those as they were torn apart. The howls of the creatures as they burned in the fire, I hear them even when the moon doesn’t shine. Those howls, those damned howls are why I sit here now in this old hunting cabin in the middle of this frozen wasteland writing this. Here where it is colder than a witch’s tit, why did I believe they wouldn’t follow?

I have seen them, the prints, I saw them last night and that forced me to realize that I couldn’t put this off any longer. They are out there in that white hell, hungry and waiting. They have come for me; the survivors of Midnight Falls. They bare their fangs knowing that soon they will have their revenge on the one who killed their kin and destroyed their lair.

It started last week; that is when I first began to suspect they were close. This is not the first time they have caught up to me. It has been nearly six years since I have been on the run, hiding from them. At first, I thought that I had gotten away, but it was not nine months later before I saw the footprints. When I saw those tracks I knew that they had all not perished. I knew that a few of them had escaped, but I had no idea how many of them had eluded the destruction of their town.

The prints had appeared in the field behind my cousin’s house. He had mentioned them one day after coming in from an early morning of hunting for turkeys. Turkeys are early risers and had themselves a regular Butterball gala out in his field. In fact, those birds were the only reason he owned the field. Brent was no great shakes at farming, and could never grow anything more than weeds.

“The oddest tracks I have ever seen,” Brent told me, wiping his brow. ”I have seen coyote and dog tracks but those were way too big. They looked for all the world like wolf tracks, but that dang sucker would have been the size of a bear to make those.” I had to look at the tracks myself. I waited until the sun was fully up before I did and

Dedication:
To those who love to read.