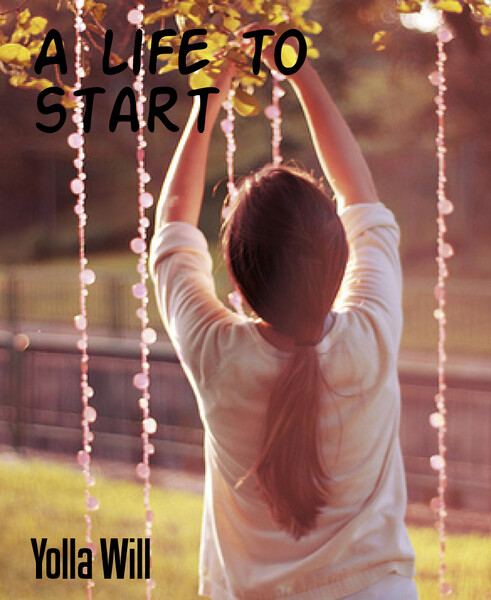 The silence in the room was killing me it had been a couple of days since I've entered my senior year and ofcourse things weren't any easy .Talking to my mum was like shouting in the space where sound actually doesn't even travel ...it was no good just useless.

I took myself slowly out of the room, looked at my mum who wasn't actually paying any attention to me and went directly downstairs just then I heard my mum yelling "Where in the world have you gone I though we were having a talk ?! ".

I didnt answer ..actually I prefered not to because I wasn't really in the mood of having a fight with my mum and hearing the same track about how much she loves me and do care about everything that matters to me , so I took a breath and yelled back " Yeah I know mum .. it's just that my friend called and she wants us to meet up so let's just talk later , okay ?".

I didn't wait for a reply I just put on my comforts and got out of the house before she could ask any more questions .

I love my mum , I really do .It's just that she doesn't get me the way I want to , maybe it's beacuse the age gap or that my thoughts are a kind of complicated but she just doesn't anyway .I took my bike and started wondering around ..in the matter of fact Kelsey really did text me this morning mentioning that she would be in the central park today and asking if I could join .

I told her I couldn't because I didn't really feel like going out today but now that I 'am already out I texted her : "Hey , Still in the central park ? "

she replyed few minutes later : " Nah, didnt go when you told me you won't make it there I went to Layla's instead :) Join us ? ".

Well Layla was good ...she was Kelsey's cousin and she did treat me well ...It's just that I don't feel comfortable when she's around but I had no other place to go and since Layla's house was a few meters away from mine ..I went anyway .

I knocked the door twice before Layla answered it , She greeted me with a hug and invited me in ..I asked for Kelsey immediatly which was really rude but I didn't care ."Kelsey's upstairs you can meet her up I will get something to drink from the kitchen and be right back " , She was talking with that smile on her face which I bet she faked, but I ignored the wierd thought and headed upsatirs .

Kelsey was there in Layla's room , She was on the couch watching the Vampire Diares which was her favourite show and in the same time was the show I hated most ...."Hey" , I said .

she turned towards the door where I stood and gave me a friendly smile "Hey , gald u made it " She said ."

Yeah ,I guess I needed a ...." I didn't even complete my sentense as Layla shouted : " DRINKS READY " . I took my drink , Kels did too and the three of us sat on the couch to watch TV .When the show ended Kels turned towards me " So what were u saying later ? before Layla came with the drinks ? " .

I took a breath and searched the area to make sure we were alone , Layla was answering her phone so I respnded : " Well I was just saying that I needed a break so I came to see you ".

That was Kelsey and that was why I loved her so much ..She was caring and sweet , She could get me when noone else could and she was always willing to hear my problems . She was my best friend and I always felt blessed to have her around .

" No, I am fine " I said at last ." It's just I need some space you know ...School and everything is making me nervous it's normal I will be okay Don't u worry ". She looked at me and smiled .

"Well then since you are here I have this thing that I want to tell you " . Her voice was weak but I could hear her .

Layla entered the room the same fake smile on her face " am I interepting anything ?"

Kels smiled at her : "No in fact I was going to call u now "

Kelsey moved herself to be seated in a proper way and then she took a deep breath and said : "You both know that my mum and dad got divorced lately and although it was really rough to handle , You both held my back and helped me to get over it so that u have to know am really graeful ".

We both smiled at her , I really didn't undrestand why she was talking about this now I mean it's been 3 or more months since her parents got divorced and now everything is settled and she is living with her dad While her mum moved to Toronto Where she frequently visits her on weekends.

it was silent for a moment which actually seemed like forever before Kles talked again :

"Mum and dad were discussing where I should be staying and They had a fight ...both of them insists to keep me with him....my uncle came to town a couple of days ago so did my Mum they wanted to get this issue setteled" .

The room was silent again .Oh God I hate silence , I was about to talk to break the silence but Kles talked agian this time her voice was rough ..it seemed like she was going to cry ." They talked and reached to an agreement "

Just then she really started crying .

I got it ...Kelsey didn't really have to continue , She was leaving ....My best Friend was leaving me .I couldn't say anything ..I stared at the ceiling hearing kels crying hardly and Layla tring to calm her down .Kels collected all her power to stop crying and talk ... she couldn't the only thing she did was saying she was sorry .

She stared at me ..I know she gets that I undrestand what she is going to say next , beacuse I get her I always do We are Best Friends !

Layla seemed paralyzed she couldn't undrestand what was going on she kept on trying to calm Kels down ."Maybe one of you will tell me what is going on " She said .

Her words were directed to both of us but I wasn't going to say anything instead I got up and headed towards the door , "I am Leaving ".

I said moving away without even turning around to look at Kels before I Leave.It was 9:00 pm and I had to go home ...I wasn't ready to hear my mum complaining about me being late so I took my bike and drived home .

I entered the house without making any sound my sister was watching Tv and my mum was out I guess ...her keys weren't on the table where she is used to put them but to make sure I asked my sister :

" Yeah! Work called I guess She said she might be late " my sister replyed shouting because the TV was too loud to hear her otherwise.

I was gald to hear so ..I didnt want any questions about how my day went I was too shocked in fact. I headed upstairs towards my room switched to my pijamis and wrapped myself with the cover on my bed . It had been a long day. I was tired , shocked and depressed so the best thing to do was to sleep ..I closed my eyes hoping that this day was nothing but a dream .