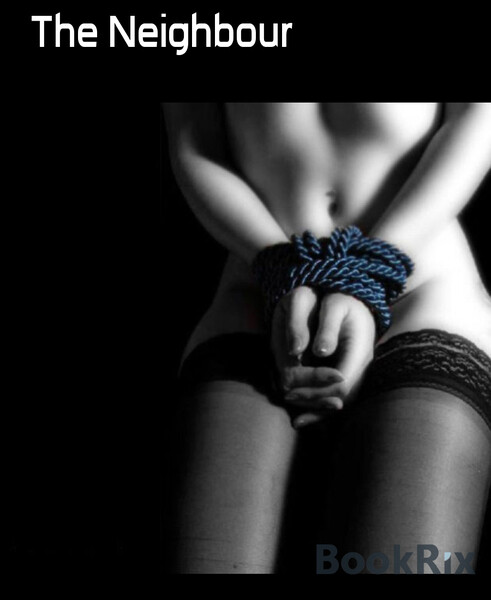 [: Hey guys! So I've never done this kind of book before. Please don't be too harsh on me but if it's really really really that bad, I'll delete it, without a problem. Just give me feedback so I don't just end up embarassing myself. Thanks! :]

“Baby, baby.” I say pushing him off of me so I could talk.

“What?” he replies impatiently wanting my lips back.

“Don't use that tone with me.” I snapped back.

“I'm sorry, babe. You're just so god-damn sexy.” he remarks looking me up and down while biting his lip.

“Okay, I forgive you.” I say as I pull his collar and kiss him hard on the lips. He travels down to my neck. “Wait, babe.” I stop and push him off again.

“Yeah?” he say as he slowly opens his eyes.

“Tie me up.” I say straight forward and he looks at me wide-eyed. I could feel him getting a hard-on from just hearing those words come out of my innocent lips.

“Really? You want me to tie you up?” he says flustered.

“Yeah,” I say biting my lip and pushing up my bra.

“Okay,” he says and I stand up off the couch and grab his hand. I guide him to my bedroom and he was surely staring at my ass the whole way there.

“I have already prepared some equipment.” I say as I let go of his hand and spread myself on the bed, “Look under the bed, in the pink box.” I whisper seductively and he jumps down to the floor. He grabs the box and opens it, his eyes wide open, his dick hard-on. “Come in bed with me, tie me up, and fuck me!” I yell.

“Are you sure your dad isn't coming home soon?” he asks hesitantly and full of paranoia.

“Just tie me up already.” I say and he jumps on top of me with one leg on each side so I'm unable so move. He had some of my dad's old ties that I stole that I knew he wouldn't realise were missing. He put one in his mouth and let it hang between his teeth. He had another in his hand, he grabbed my right wrist and tied it to the bed then he took the tie out of his mouth and tied my left wrist to the other side of the bed. He ties up my two feet and I was spread across my bed like a starfish wearing only a black lingerie that was meant for ripping.

“As you wish.” he whispers back into my ear and I can feel his warm breath against my flesh. He kisses my neck, hands trailing all over my nearly bare skin. He leads his kisses up to my lips, slowly, one kiss by one. He stops at the corner of my lips as I close my eyes waiting for the impact. He leaves me hanging and then crashes his lips onto mine as I moan into his mouth and he smiles.

He leaves my lips and trail his kisses down. Down to my inner thigh. He slowly goes higher and higher, his hand on my breasts, squeezing and massaging them. He gets so close to my pussy with his lips but moves to my other leg and starts over. I moan in anticipation and he smiles. He slowly stands up and hovers over me. Suddenly he rips my only piece of clothing off and exposes my breasts and upper belly. He moves up to whisper in my ear but then we hear someone putting their keys into the front door.

“Shit, is that your dad?” he exclaims as he jumps off of me.

“No, I don't think so. He shouldn't be getting back for another few hours.” I replied partly out of breath. But then I realised he started putting his shirt back on.

“Wait, what are you doing?” I yelled.

“I can't get in trouble. Especially by your dad, who is, may I remind you, the school principal.” he yells as he grabs his shoes and is halfway out of my window.

“Uh... who is it?” I yelled back trying to get some of my ripped clothing back onto my body by fidgeting around.

“I'm your next-door neighbour, your father just called me to check up on-” he was saying but then he walked into my room, seeing me tied up along my bed, breasts completely out, legs wide open and completely helpless.

“Yeah... can you maybe untie me?” I ask breaking the silence which was actually just him eye-raping me.

“Maybe you could just untie me.” I snicker back.

“Oh, someone thinks that they can be mean but it looks like they're on the wrong side of the bed.” he says as he strides his fingertips along my skinny, pale, soft legs. He slowly moves up, the higher he went, the slower he moved. He ended up between my legs, and he got closer and closer to my pussy but he removed his hand and climbed over me.

“A naughty girl like you needs to be taught a lesson. Don't you agree?” he asked rhetorically and grabbed my breasts in his bare hands. He sucked and pulled on them until they became hard for him. I'd moan in pleasure. He crashed his lips onto mine biting my lip for entrance to my mouth which I tried to resist but he bit harder and I moaned so he took advantage and struck his tongue into my mouth. He searched hungrily and our tongues made contact. He left my lips and trailed kisses down, down my neck, between, my breasts, down my stomach till he reached just above my pussy. He ripped the rest of my clothing off and it just laid dead under me. He continued kissing until he reached the opening of my pussy and slid his tongue straight through. I moaned in pleasure in pulled on the ties around my wrist.

“Oh god!” I yelled. He inserted his fingers inside of me and finger-fucked me deeper and harder with each thrust.

“Fuck!” I yelled in pleasure as he went faster and faster inserting another finger inside of me while he flicked my clit with his tongue.

“Such a dirty mouth. We're gonna have to find a way to fix that.” he says as he unzips his pants and a 9 inch cock pops out.

“Holy fuck.” I muttered and he puts his cock in my mouth. He forces me to deep-throat as I am still tied up to the bed. He face-fucks me and I deep-throat his giant cock. He moans in pleasure. He turns around into 69 position and puts his dick back in my mouth. I move my head up and down to swallow him and he plays with my pussy. He licks, sucks, massages, penetrates and much more with only his mouth and fingers.

I start to moan incredibly loud as I still have his dick in my mouth and he is face fucking me again. He has three fingers inside of me along with his thumb massaging my clit and his tongue flicking it at the same time.

He gets up and unties my left hand and ties it along with my right hand so that they are both on the same side. He then unties both of my feet and flips me over so that I am laying on my stomach. He pulls my ass up and strokes his fingers from my clit all the way to my asshole.

He licks my pussy one more time and inserts me. He goes in fast and hard. I yelped from his unexpected action. He stayed deep inside of me and slowly left my pussy feeling empty. Once he was fully out of me, he jammed himself back in with a groan and I screamed. Now he moved his hips and pushed himself in and out of me. I screamed for him to fuck me harder. He grabbed a handful of my hair with one hand and put his other on my shoulder as he fucked my deeper and harder.

I held on so tight to the ties around my wrist as I moaned and screamed in pleasure. “Oh god, yeeeeees!” I yelled. And after a few more thrusts he stopped and flipped me over again. He placed one of my legs on his shoulder and left the other on the bed, on the other side of him. He placed himself in front of my pussy and slowly entered. I silently moaned in pleasure. Once he was in, all 9 inches, he slowly fucked me. Slow but deep. He looked at me, he watched me. My tits bouncing up and down as he slowly fucks me faster.

He gets up and looks at the time, “Looks like we still have a few hours left until your father get home.” he says and sits on top of me.

“Yes, and I don't think you've quite learned your lesson yet.” he says.

He plugs it in nearby and puts it on the lowest level. He places it on my lower stomach and I moan from the contact. He slowly moves lower and lower until he is just at my clit and puts the setting up higher. He moves down lower, to the opening of my pussy and puts the setting up higher once again. He keeps the vibrator at my opening as I softly moan in pleasure. I kept my eyes closed and arched my back. He stared at me as he put the setting up one last time, to the highest, the strongest, the most intense. He moved back to my clit and by that time I was moaning uncontrollably.

I wanted it to stop but I didn't at the same time. I was getting closer and closer to orgasm. “It's coming!” I yelled.

“I think that you've learned your lesson. What do you think?” he says as he puts his clothes back on.

“I don't know, that's for you to decide.” I replied as I stayed laying on the bed with my legs wide open just for his eyes to see. And with that, he left. I got off the bed and cleaned up. I took a long hot bath afterwards and knew that I would be hella sore in just a few hours.

When dad got home, he asked about the neighbour and if he checked on me. I told him that he came and taught me a lesson since I wasn't doing what I was supposed to do. Dad decided that he would send him over more often and at the times that I'd least expect it, so I am looking very forward to that.