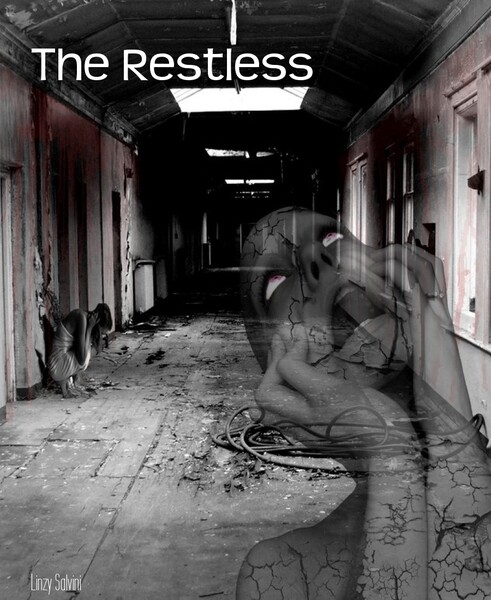 He's some what protective over his half sister Denver.

He's not afraid of anything.

The quietest sound freaks her out.

The killer in the story.

Lec is his best friend.

He's been friends with Percy and Denver since grade school.

Dead bodies freak him out.

She has more of a bubbly attitude.

He is still in love with his ex, Denver.

SOFT HUMMING is heard out of scene.

A girl laying in a BATHTUB FULL OF RED WATER.

We can't see her face. Only the back of her LONG, WET BLONDE HAIR and her arms resting out of the tub.

Stepping onto the shag by the tub.

Red water STAINING the carpet under her feet.

The door of a house opening.

The girl walks out, in nothing but a WHITE NIGHTGOWN AND AN OVERCOAT, putting her hood up.

Behind her, we see what seems to be a FEMALE HAND, DETACHED FROM ITS BODY.

What was going on?

This GIRL is a SERIAL KILLER.

She MURDERED her entire family - her mother, brother, and three sisters.

RED COLORED WATER flows down the curbs of the streets.

A PAPER BOAT follows along with it, turning red.

Little kids follow the boat, all dressed in costumes.

The boat comes to a stop at bare feet. The little kids gasp and come to a stop.

They look up to see a GIRL, which we know is from the start of the scene.

She was hiding her face. Only her hair stuck out.

She bends over and hands the paper boat to one of the kids.

The kids run off, SCREAMING.

The GIRL starts to walk down the road.

A BARREL full of colored water is dumped out by a PARENT.

Other little kids put paper boats in the water as it flows down the sidewalk.

This is a tradition for the town of Ruthin, Wales.

"Do It Now, Remember It Later - Sleeping With Sirens" (the chorus plays lowly as Denver is on her iPod)

The FREQUENCY gives away to the sound of a GIRL TALKING.

She zips up her Women's Gotham Jacket. The same one as her friend next to her but a black instead of brown.

They were walking down a dirt path road.

Are you still mad at me?

PERCY looks at her friend, who was scrolling through her songs on her iPod, her music playing lowly but still audible.

PERCY sighs and pulls the headphones out from her friend's ears.

(CONT'D, waving her hand in front of her friend's face)

Denver? Hello? Where are you right now?

We know the other girl as DENVER, 18, a natural beauty.

DENVER turns her head towards PERCY.

(Annoyed, she rolls her eyes)

What? What could you possibly want now?

I just wanted to know if you were still mad at me...

DENVER sticks her iPod into her coat pocket, zipping her coat up.

Yeah I am, actually.

(Looks back at PERCY)

This night was suppose to be the two of us. Us two. Not the six of us.

I know, I know. I just forgot that Jayce and I had