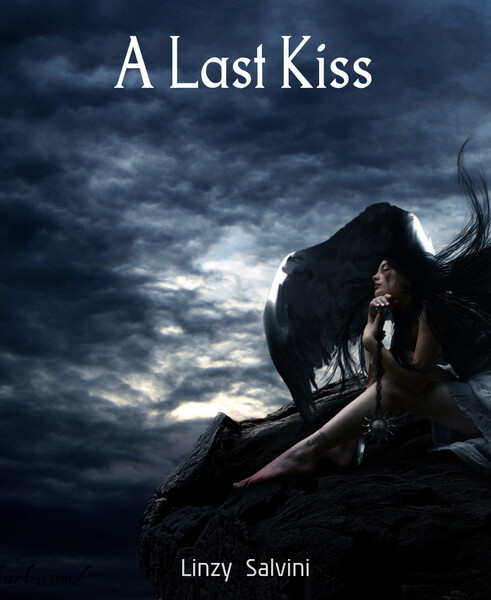 OTHER WORK BY THE AUTHOR:

Book One: My Masked Lover

Book Two: The Devil's Side

Book One: Will You Follow, Even If I'm Fallen?

Book Two: (In The Works)

Screenplays (These are NOT books):

His hands curved over the soft cotton fabric of a pink recieving blanket as he held it close to him. Wrapped inside it was a beautiful newborn baby girl. A pink stocking hid her tiny little curls of dark brown, almost black hair. Her skin was as pale as a vampire could get. She even had rosy cheeks with warm brown hues. And because of her features, she reminded Joshua of his life-time best friend. "Mercy..."

"What was that?" July had asked as he made his way towards the two.

Joshua looked up from the baby he was holding. "I think we should name her after Mercy..."

July smiled at his partner as he moved the blanket from the now sleeping baby's face. He knew very little of Mercy. All that he did know was that she came from Joshua's other life he once lived. "What about Valerie Mercy Storm?"

Valerie was a newborn they decided to adopt since her birth mother was too young and in Paris, it was forbidden to allow young vampires to have offspring. This was an advantage Joshua and July had took as a newly married couple. It also helped Valerie out in the end from meeting a certain death. Valerie's mouth curved into a small smile in her sleep as she laid in Joshua's arms. Looking away from her to glance at July, he nodded. "I think that fits her well." His gaze dropped back down at Valerie as he began to rock her gently. "...Valerie Mercy Storm."

July looked over Joshua's shoulder as he let out a sigh to himself. He knew he'd never compare to Mercy and that's what killed him.

How was he supposed to meet his husbands standards?

Anastasia picked up a stick and poked it into the rushing water of the stream she was following. She was poking at nothing as she hit every colorful rock along her path. Mercy followed close behind her, her eyes on her scar on her arm she had gotten when she was much younger. A terrible time it was for her. "Merkat, you really need to take your mind elsewhere.." Anastasia hummed as she skipped ahead just by a foot. "You're safe now. That evil monster isn't going to come back for you."

It's been two years.

Two years of worrying if her attacker would be back.

Two years without her best friend.

"I know, I know. It's not the same without Joshie." Anastasia let out a deep sigh as she threw the stick into the water. "I'm sorry, Mer. I just think we need to look at this situation as that Joshua is not coming back... ever."

Anastasia looked over at Mercy who was now shoving her hands into her coat pockets. "Mercy, I'm his twin. I know him just a tiny bit better than anyone else. Even Skylar."

"I heard that." Skylar muttered from a close by tree.

Mercy's frown stayed as she started to feel hurt again. She remember how Joshua tried to reassure her that he would never hurt her, but he did. He did the one thing he said he wouldn't. And that broke Mercy's heart. "Thanks, Anastasia."

"I'm just saying Mer. You really need to move on from him. Find someone else... We're not going to think any less of you."

Skylar let out a scoff at Anastasia as Mercy walked away from them. Jumping down from the tree, he joined his baby sister. Together they watched Mercy leave out of the clearing and back into town. "Ana, you need to watch how you speak to her."

"I wasn't trying to be mean, Skylar. You know that."

Anastasia looked up at her brother. He was right. No one knew how Mercy felt or what she felt. Even if Skylar tried to read her. "I just hope that one day she can let what happened go and live a normal life. With or without Joshua." Anastasia nodded. "She needs to not be scared to live anymore."

Misery sighed deeply as she cleaned up after her aunt. Yet another day of awful name calling and ratchet breath. Her aunt was drinking again. Not only did it terrify Misery, it terrified her aunt's son Jer. "Jer, can you help my get aunt Novalee's shoes off?"

Jer nodded as he walked away from the bedroom door, carefully unzipping the zippers to his sleeping mom's boots, tossing the leather down onto the ground. Misery moved to place the satin blanket over her aunt afterwards while she laid sleeping in her bed.

Getting down to Novalee's level, Misery removed the empty bottle of crown royal from her hand. This caused Novalee to groan and turn away. Misery held her hand out to Jer to keep him quiet as his mother moved. They were trying their hardest not to wake her.

Novalee was an angry drunk.

It was better if she had her way on everything when she wasn't sober.

Misery stood to her feet and guided Jer out of the room, making sure the door was closed behind them. "I don't like when mom gets like this," Jer frowned.

"I know, bubba. I don't either. But you know that's her way of blocking out the urge to change. I mean, I don't blame her. Sometimes I hate being a wolf too, but I can't run from who I am. Who you are."

"Speaking on this topic, we're running low on food again Misery." Jer made a sound as he rubbed at his stomach. "I think we should go on a hunt."

"Without uncle? This late? Are you crazy?"

"Aunt Novalee will kick me out of this house if I go against her, Jer."

"Misery... Please." Jer begged hard, he started to give her puppy eyes. "And I don't see why you just don't do it already, I know you want to leave this place so bad. I hear you crying at night."

"Jer..." Misery's lips now curved into a frown as she made her way into the kitchen. Jer close behind her, of course.

Misery looked through the cupboards at nothing but empty containers, letting out a small breath as she tried to look for something Jer could snack on. When she came to the fridge, it was no surprise to her that there were bottles of liquor but no actual food. Misery rubbed at her cheek to keep her eyes from watering. "Even if I was to leave, what about you? Who's going to protect you against auntie?"

"I promise I'll be okay, Missy. I'll be old enough to be on my own in a couple years. Tell you what-" Jer moved to make Misery face him as he held out his pinky finger. "If you're not gone from this god forsaken house, I'll take you with me to live a better life. One where you don't have to worry about an aunt that's always drunk, an uncle that is never around, and a life that must stay hidden."

Misery made a small laugh as she locked fingers with Jer. "Well.. Shall we get to hunting then?" Jer nodded excitedly, feeling a lot better that his cousin was in the mood to find food for them and get out  of the house for a while.

Anders grumbled to himself as he got the snow blower ready. He was at the Scott's Chalets. He's been here for quite some time now, completely under the control of Omed. The most respected royal vampire in Don Juan's.

Did Anders regret the fact that he had deserted his family? No. He knew he had to leave, that was going to be the only way to save them.  He knew it was going to cost them everything. He could only imagine all the twisted ways Omed would have hurt Narsha, Ryle, and Mercy if he wasn’t obedient to follow.

“I hope they come to forgive me one day...” Anders muttered as he started the machine up, getting ready to blow the loose snow away from the walkways to the entrances of the chalets. However, he wasn’t alone.

Both David and Amelia Storm too had left their family behind. They were the second royal vampire family to live in Don Juan’s. Normally this is forbidden, but a deal was sealed when the Storms agreed to join Omed’s side as long as their children were left unharmed. Anders also imagined how Skylar felt taking on the roll as ‘father’.

Clicking his tongue as he shook his head, Anders continued his work. Amelia sheepishly making her way over. Raising her voice for Anders to hear, “Hello, Anders.”

Stopping the snow blower, Anders greeted Amelia, keeping his eye contact short. “What is it that you need, Amelia?” His tone was rude and snappy. He wasn’t too fond of any blood sucker, yet alone the parents to